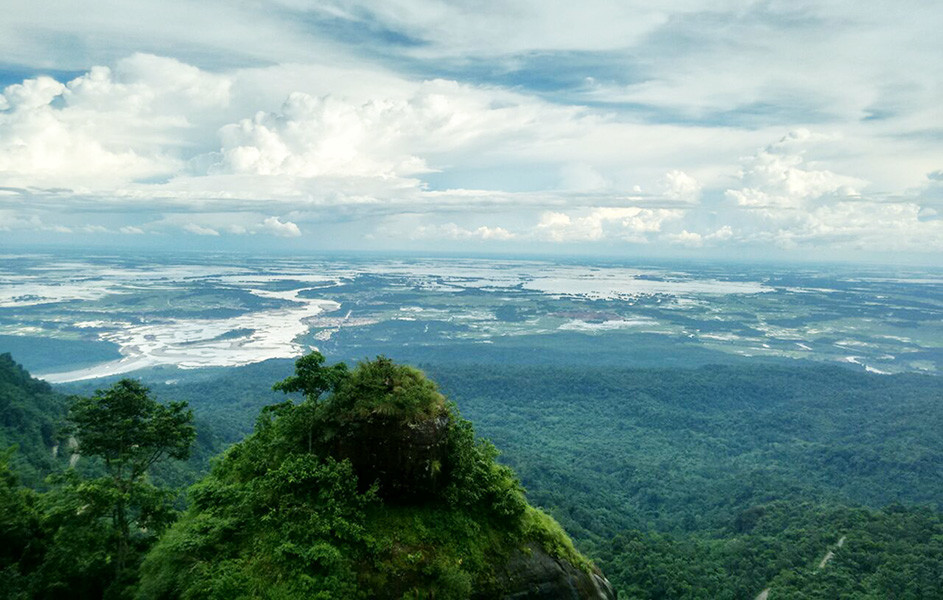 Is there a Scotland in the east? The answer to the question nobody has ever asked but everyone should know the answer to, is a big fat YES! It's believed that the rolling hills around Shillong reminded the European settlers of their home- Scotland, and the name stuck. Shillong is colloquially known as The Scotland of the East.

Read on to find out what all you can explore in this Europe away from Europe! 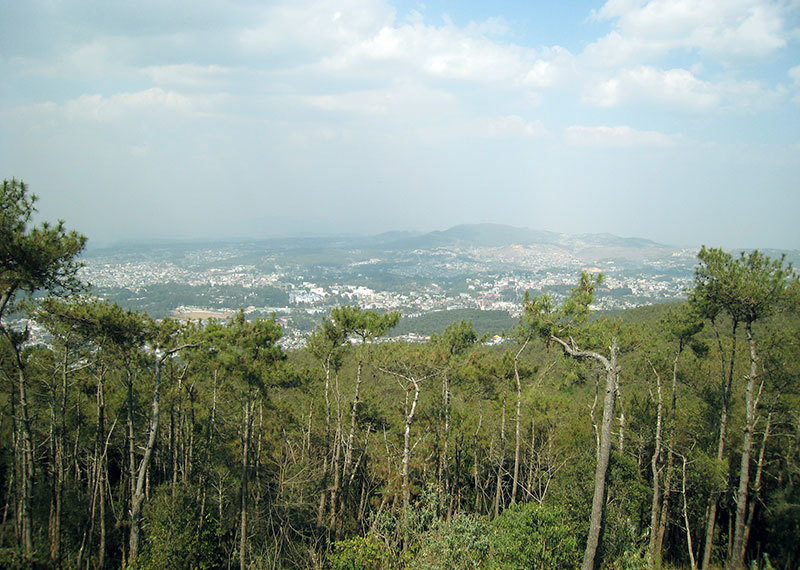 The highest point in Shillong, this place is the perfect vantage point for Glasgow...we mean Shillong!! A panoramic view of the city along with its verdant valleys and the famed hills from atop the peak is sure to have you longing for more. Be mesmerised among the clouds in the day or visit it in the evenings to witness the splendour of the city by night!

A one-stop shop for locals and tourists alike, the Police Bazaar has everything that might tickle your fancy. A modern market awash with hotels, restaurants, malls, and shops, it truly is the answer to all your wishes. Famous for exquisite handicrafts and indigenous ornaments, there is a lot at Police Bazaar that would be perfect for you to take home. Enough to fill all of Scotland! 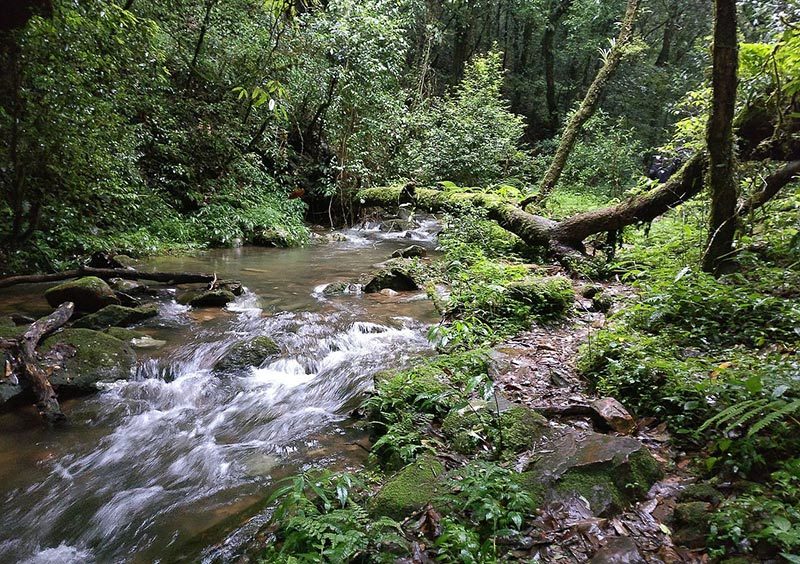 The pride of the local Khasi tribe, the forest might seem unremarkable at first, but as a Khasi guide takes you deeper into the forest, it's sure to transform into an unforgettable jaunt through the mystical Mawphlang located in the East Khasi Hills. Every tree, every shrub, every foliage seems to have a story and it is forbidden to take even the tiniest piece of a leaf outside the forest. Falling in love has never been so eerie! 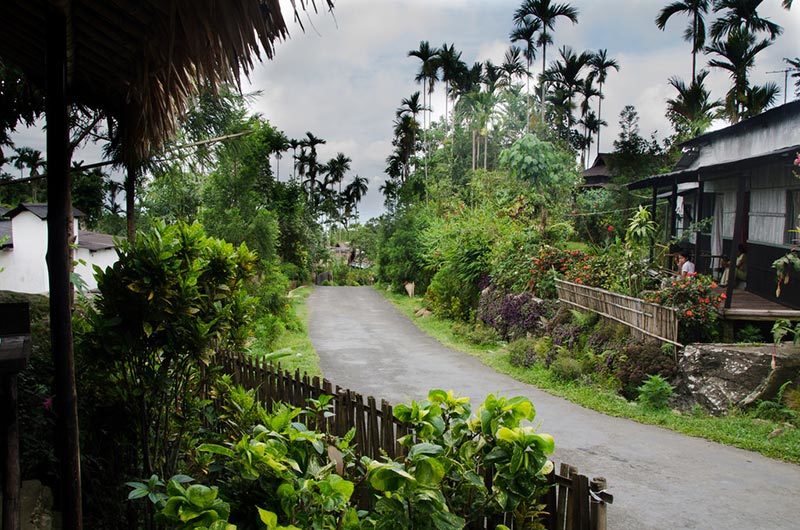 Referred to as “God’s Own Garden”, Mawlynnong located in the East Khasi Hills has been recognized as the cleanest village in Asia. Home to a living root bridge, a natural balancing rock, and lush greenery as far as the eye can see, every visitor is sure to be awestruck by the natural beauty of Mawlynnong. Stay in a tree house in Mawlynnong for an otherworldly experience in a village that is certainly like no other in the world! 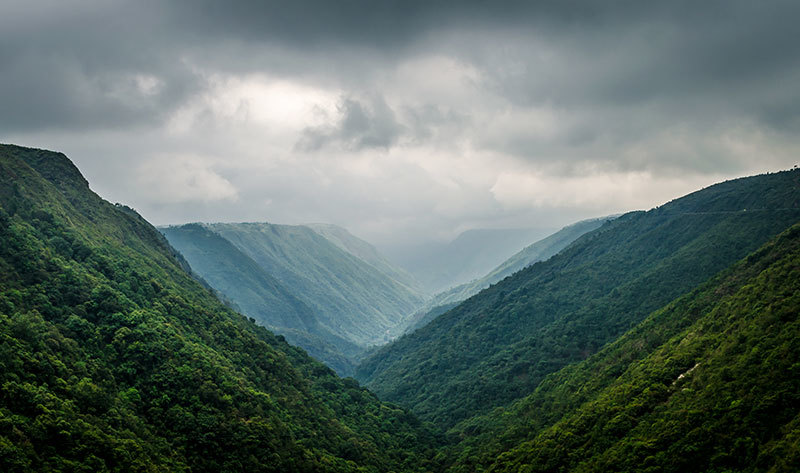 Witness nature at its finest at Laitlum, which literally translates to the ‘Edge of the World’. Although the climb atop the canyons can be challenging, the reward will be memories to cherish till the end of the world. A bird’s eye view of Shillong, the serene Laitlum stream, hills warped in clouds, and traditional Khasi food to feast on, Scotland ain’t got nothing on mighty Shillong! 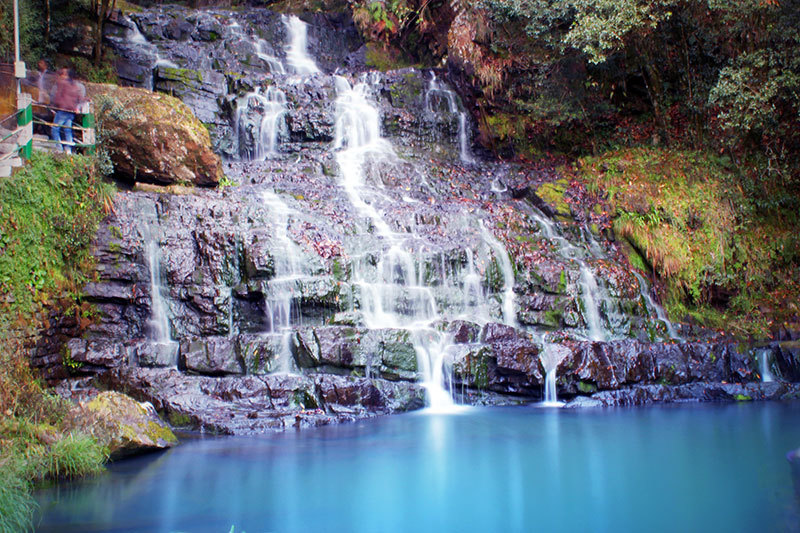 A combination of 3 rivers, the Elephant Falls are a wonder not to be missed. Even though the rock resembles an elephant, which the falls are named after, is no more, its beauty is still something to be marvelled at. A waterfall consisting of three steps of rocks in succession, it's a treat to the eyes. A unique waterfall where Shillong comes into it own, we’re in love! 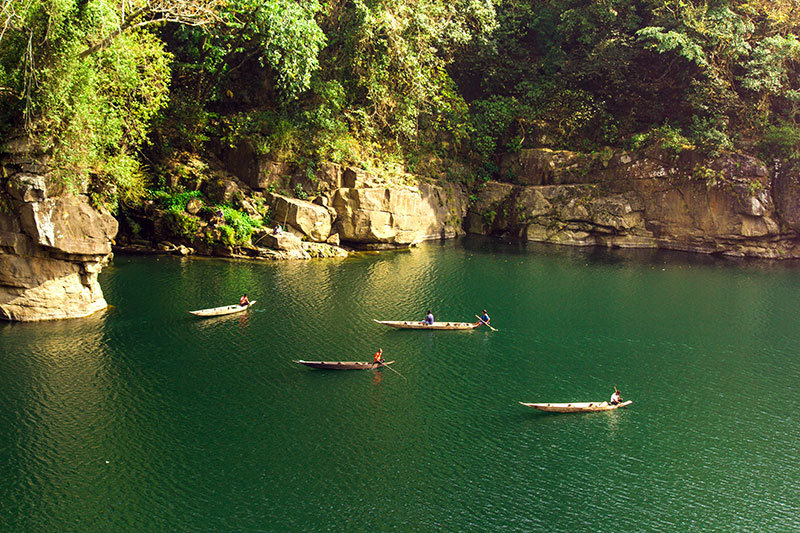 Deep gorges and ravines in their full glory encompass Dawki. The town’s unparalleled beauty is further accentuated because of the Umngot River. A suspension bridge casting its shadow on the river makes for a picturesque sight. Indulge in boating at the Umngot River and revel in the sheer beauty of this quaint town. 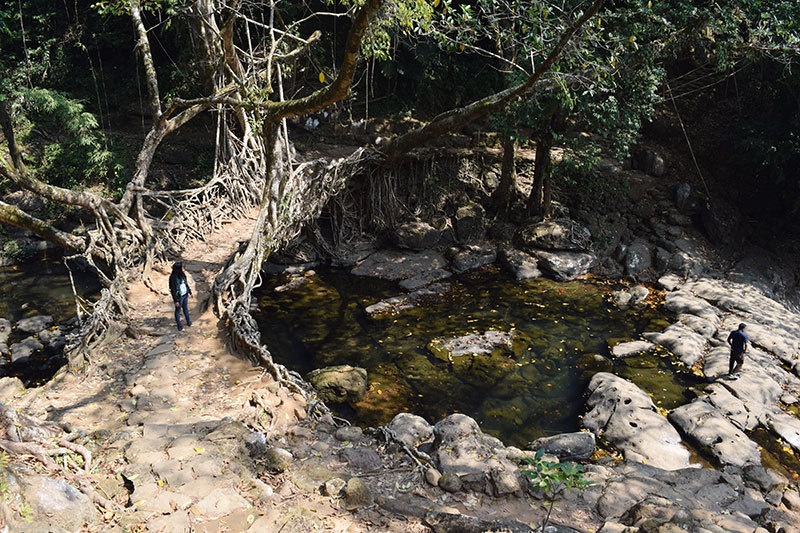 Meghalaya is (in)famous for its torrential downpour. While a number of man-made bridges are not able to withstand the force of nature, the natural wonders of the living root bridges provide a respite. Native only to this part of the world, these are a unique natural phenomenon that needs to be seen to be believed. These can be found in places like Dawki, Mawlynnong & Cherrapunjee to name a few. 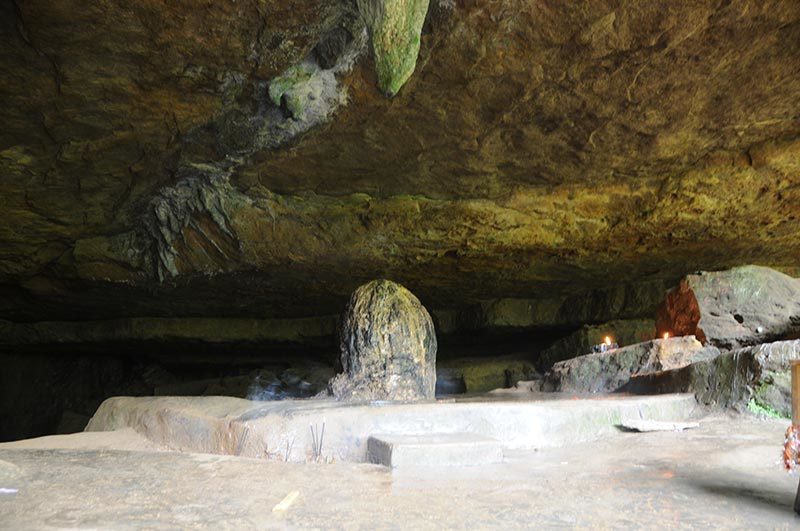 Bordering on being mythical, Mawjymbuin caves have a giant stalagmite in the shape of a Shivlinga and pilgrims flock here to get a glimpse. The caves are equally popular among adventure seekers, geologists, and other curious minds smitten by the intriguing nature of the Mawjymbuin cave. Located near one of the wettest places on earth, Cherrapunjee, a trip here is gonna stay in your memory for a long long time. 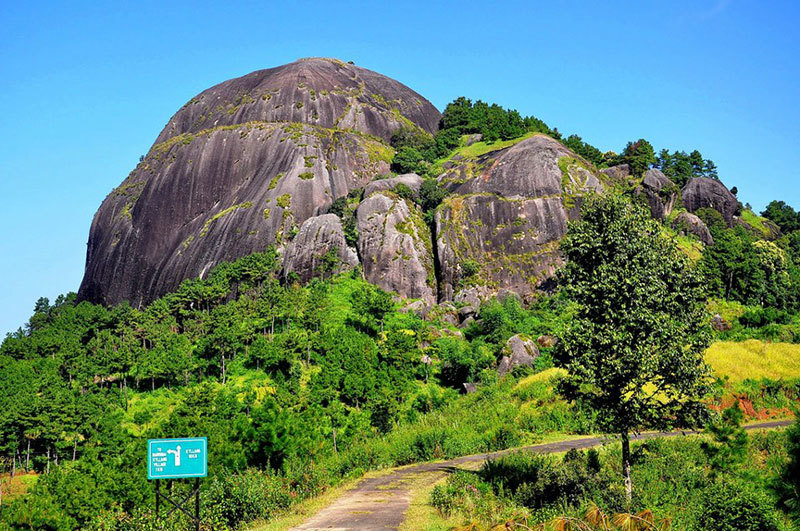 A mammoth block of red granite, the Kyllang Rock offers the perfect vantage point to marvel in the magnificence of nature. According to folklore, the rock is said to have magnetic powers which make it impossible for anyone to fall off the top. But we don’t recommend putting this old wives’ tale to the test however, we do absolutely recommend paying this several million years old rock a visit to create a million memories!

Who needs Europe when we have our own little Scotland right here in Shillong! From the wonders of nature, both above and below the ground, to the bustling markets, Shillong captures the essence of many a cities revered across the globe.