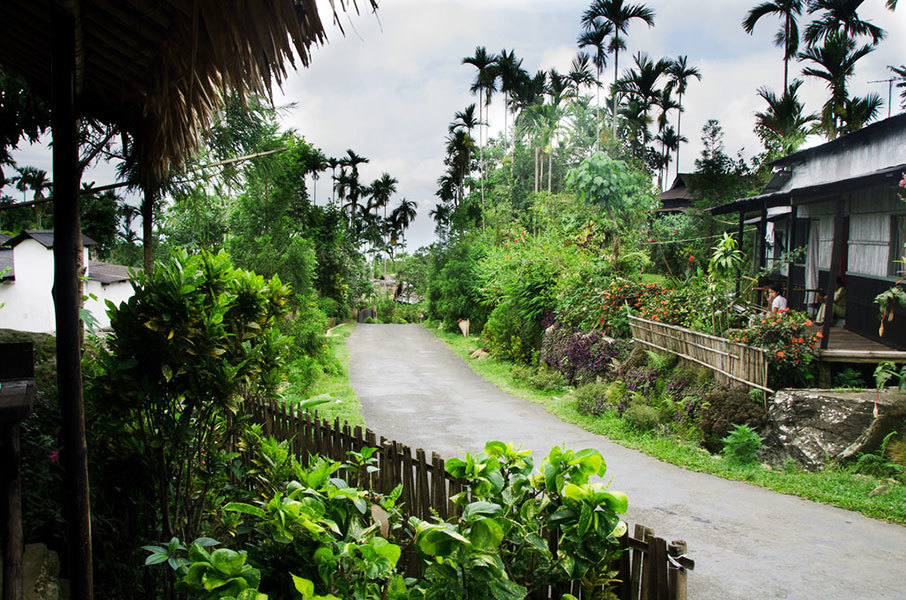 God's Own Garden And Voted As Asia's Cleanest Village - Be Mesmerised By Mawlynnong!

When asked to guess where Asia’s cleanest village would be, or what place would be so pristine as to be referred as - God’s own garden, a remote North-Eastern corner of India may not be the first name on the list. Mawlynnong, however, is all of that and much more!

Replete with unspoiled natural beauty, Mawlynnong feels more like a regal resort than a village. It's home to Meghalaya’s unique living root bridges, a phenomenon where the tree roots form a natural bridge, the need for which arose after most man-made bridges could not endure the incessant rain in these parts.

In addition to the breathtaking bridges, the village also houses a natural balancing rock, and lush greenery as far as the eye can see. At Mawlynnong, you can appreciate much more than just India’s natural beauty. The famed Sky View Treehouse gives a bird’s-eye view of the lush landscape not just closer to home, but also across the border - in Bangladesh.

Head on over to Mawlynnong for an otherworldly experience in a village that is certainly like no other in the world!