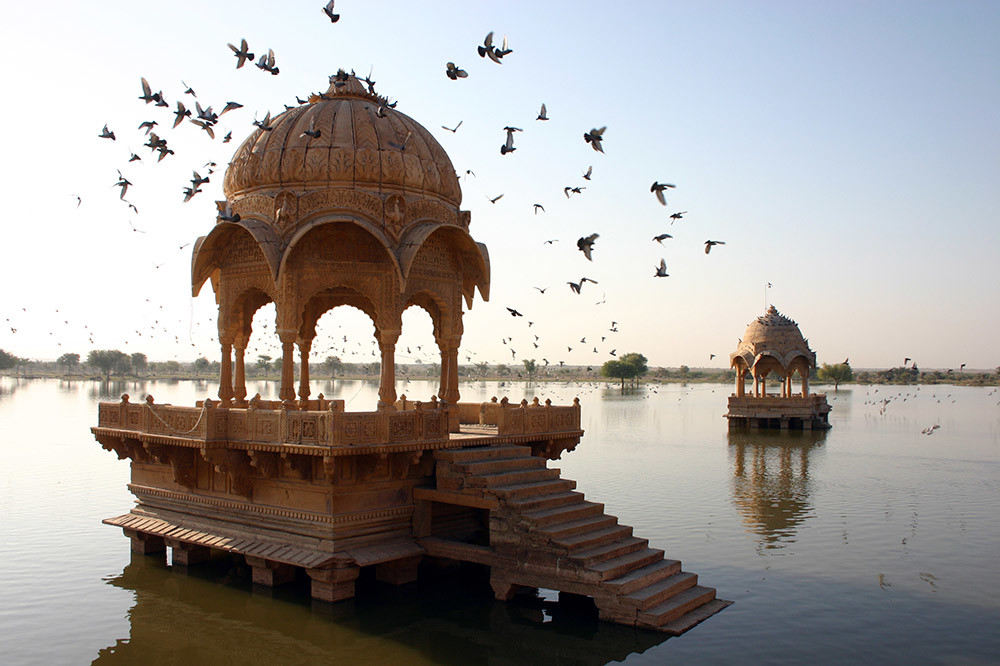 Tired of the endless chatter of the Golden City? Get away from the noise and find some peace of mind in the tranquil blue waters of the Gadsisar Lake!

Originally built by Maharawal Jaisal Singh, and later revamped in the 14th century by Maharawal Gadsi Singh, this water reservoir once quenched the thirst of the whole of Jaisalmer *how awesome is that?!*.

The crumbling shrines and Chhatris within the lake make for some splendid snaps. Contemplate them from the Ghats or get up close and personal in one of the little paddle boats up for hire. Watching the fish happily frolic around in the lake is a truly underrated pleasure!

Tilon ki Pol, the striking gateway which arches over the entry to Gadsisar, is worth checking out too! Legend has it that the king refused the construction of this entrance because it was commissioned by a famous prostitute. Not only did Tilon go ahead with the construction anyway, but she made sure a Krishna statue was added on top so that no one could protest.

So raise a glass to beauty and defiance, and go replenish your soul ASAP!