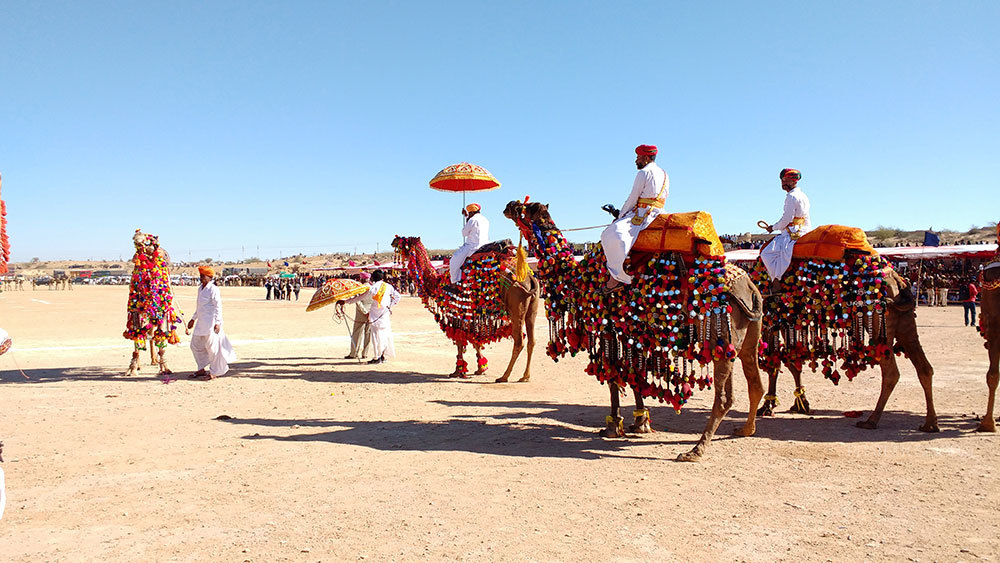 The Desert Festival is a spectacular cultural gala organized by Rajasthan’s Tourism board every year. Usually held in the winter months of January or February, the festival draws huge numbers of both domestic and foreign tourists. Why so popular? Read our list and find out! 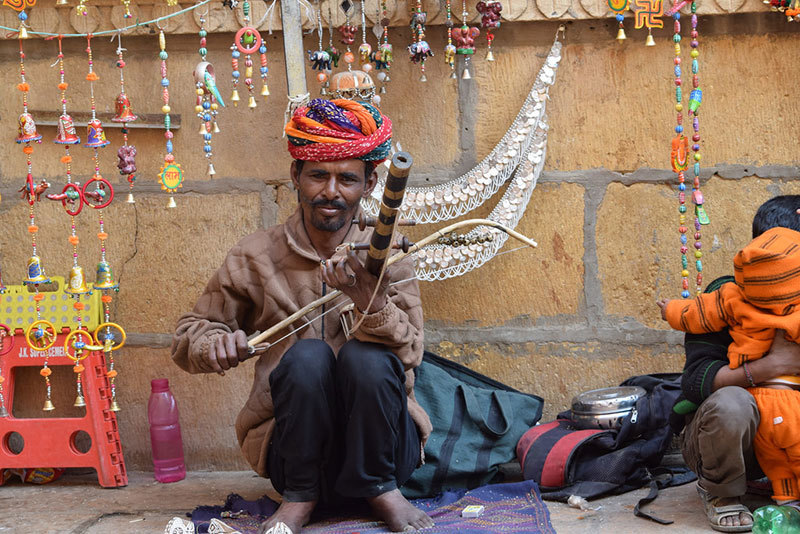 The haunting music of the Bhopas and Manganiyars provides the perfect rhythm to this 3 day extravaganza! Apart from soulful folk ballads, you can enjoy watching the Kalabaz from the local nomadic tribes - these daredevils impress with acrobatic feats and gymnastic stunts. Catch the famous Gair dance performed by men and women in beautiful traditional garb. Banjara fire dancers are another troupe adding to the WOW factor of the festival. You can also spot snake charmers, puppeteers and jugglers straight out of a Disney movie! As one of the major tourist events in the state, the Desert festival showcases the very best of Rajasthani folk music and dance. 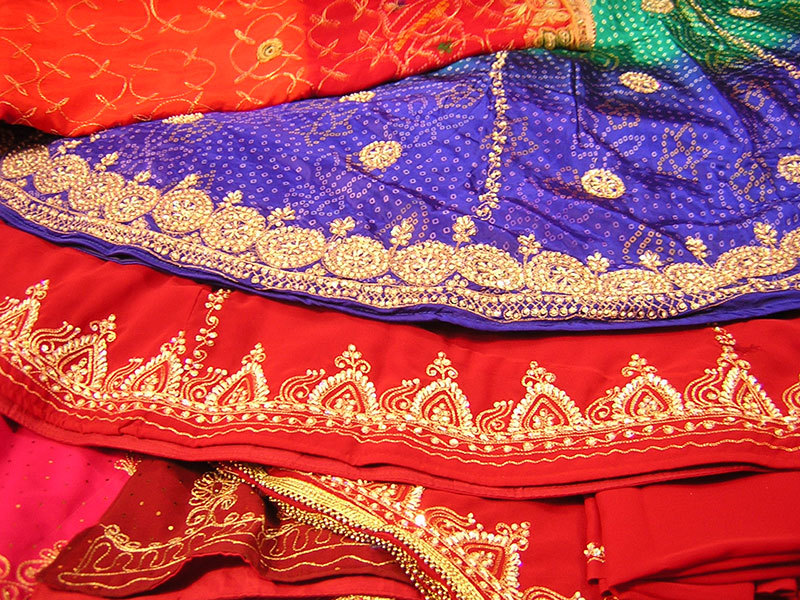 The spirit of competition is super strong here! Watching the local polo club and the BSF personnel engage in a game of camel polo is a truly memorable experience. There’s contests for turban tying, tug of war, and even a quest to be crowned Mr. Desert! One of the quirkiest events is the competition for the longest moustache. These handsome gentlemen are probably the most photographed people at the festival! Camel racing and parachuting across the golden city are also part of the celebrations. To round things up, a good game of cricket can be played. 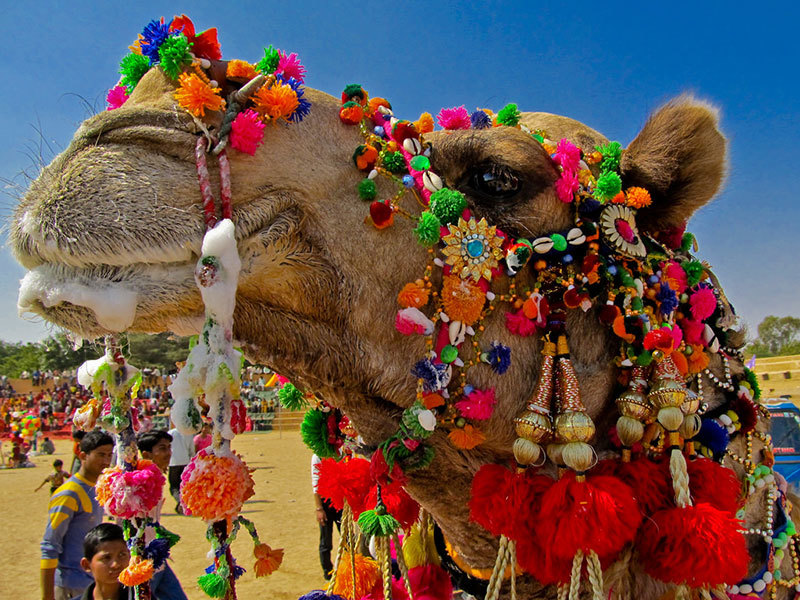 You can’t have a desert festival without a whole bunch of camels! Spot these wonderful beasts everywhere you look, whether it’s in the camel decoration event, camel polo or camel formation dancing. The Shobha Yatra or the ceremonial march of different clans which inaugurates the festival also consists of a camel procession. This yatra shows how the people, the land and the culture of the Thar are all connected to each other. The Border Security Force and their expertly trained camels put on the brilliant Camel Tattoo show. Acrobatic acts are also performed on camel back. On top of clicking a million photographs, you can ride the camels across the sand dunes on the final day of the festival.

4. Shop Till You Drop

Beautiful gems and jewels, colourful clothes, intricate artwork - a lot is up for sale at the Desert Fest! Many small nomadic tribes specially travel to Jaisalmer to sell their crafts at this celebration. Get some mehendi, bag some traditional handicrafts and take home a bit of the Desert Festival with you. There’s plenty of delicious food to fuel the revelry as well! Gorge on local delicacies like spicy Dal Bati Churma, Gatte Ki Sabzi and Laal Maas as a part of the Food Festival. Traditional sweets like Ghevar make for the perfect sweet dessert! 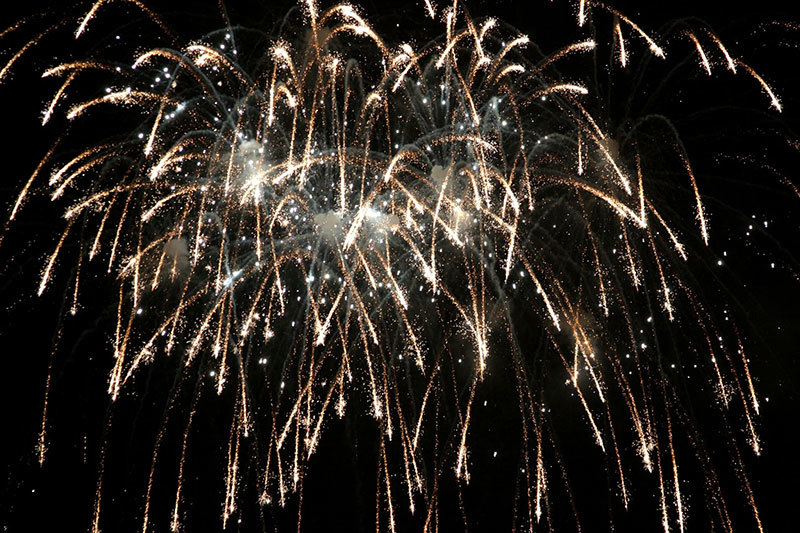 Like many huge concerts and sporting events, the Desert Festival ends in a flurry of fireworks. Lie back among the sand dunes and watch the night sky light up. This is the perfect conclusion to three hectic days filled with the colours and flavours of Rajasthan. The show is doubly spectacular because the festival usually ends on a Poornima (full moon night). Apart from the awesome pyrotechnics, you might also see the Jaisalmer fort illuminated as the event draws to a close.

So, grab your squad and join in the festivities at the Desert Fest!