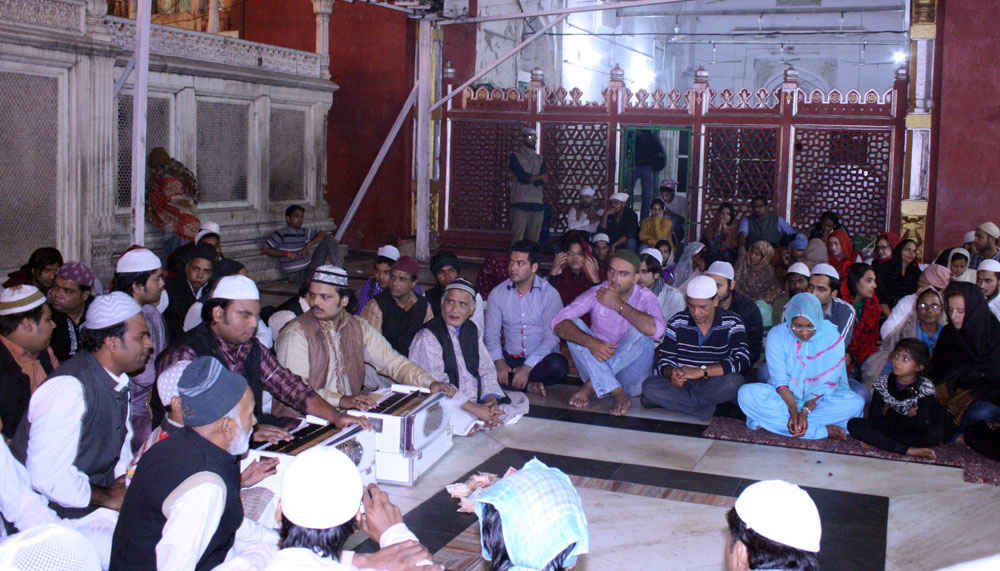 Your Thursday Night Plans Have Arrived! Head to Hazrat Nizamuddin Dargah for Some Soulful Sufi

This is the dargah of one of the most famous Sufi saints, Nizamuddin Auliya. Situated in Nizamuddin West, it also houses the tomb of poet Amir Khusro and Mughal princess Jahanara lying adjacent to the complex. Thousands of Muslims, Hindus and those of other faith and religion visit it every week, especially on Thursdays to witness the beautifully lit up dargah after sunset accompanied by soulful Sufi music. 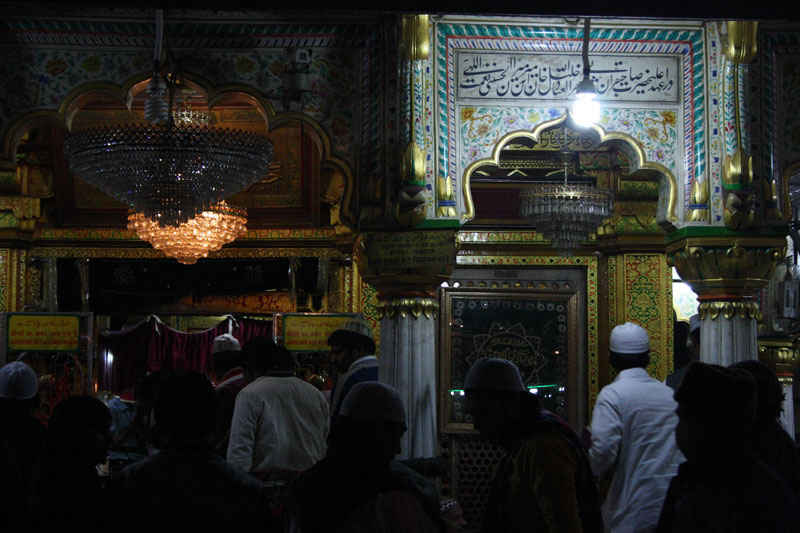 As you enter the complex, you’ll witness various phoolwala stalls, the Urdu book depots and the famous food shops that take you to a bygone era. A unique and mystic character surrounds the complex, which separates it vastly from the fast moving pace of the city. 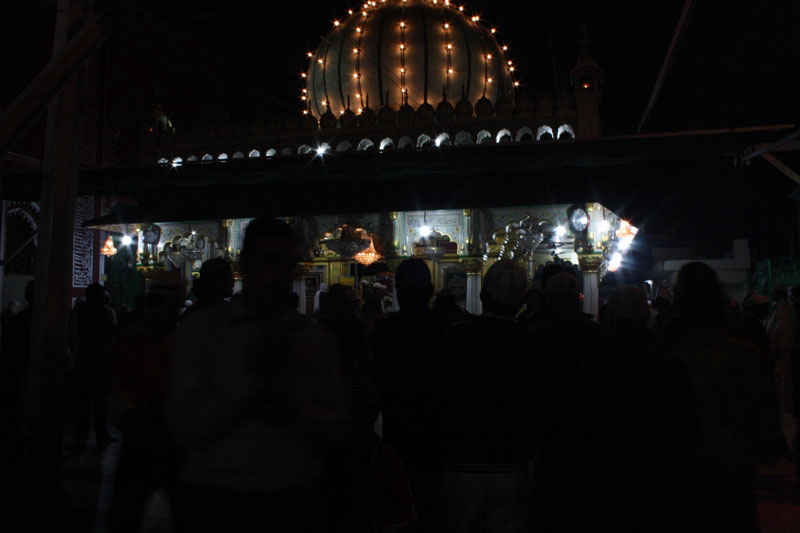 One can volunteer for any kind of contributions whether it’s providing food for the downtrodden or cleaning the floors. To avoid all the hassle while volunteering for food, a coupon system has been introduced for the people who want to serve the poor and the needy. 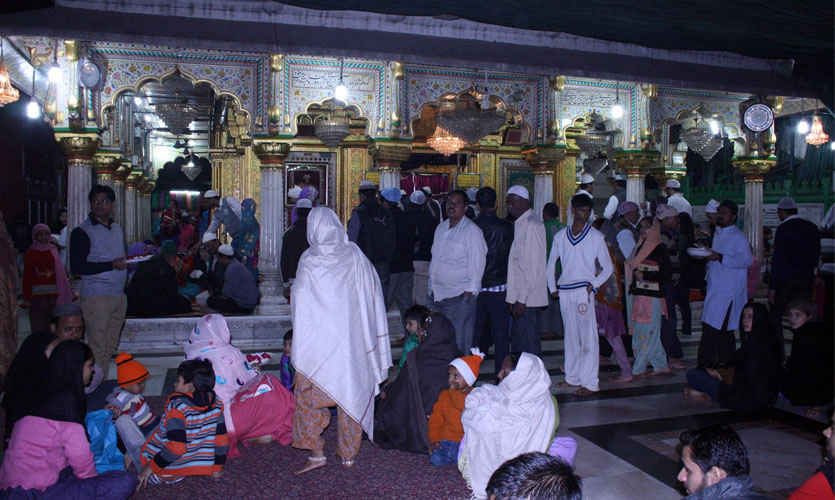 While walking deeper inside the basti, the bursting aroma of sandalwood agarbattis mingle with the smell of the city and the open courtyard of the Dargah is gradually filled with men and women. The agarbattis and diyas brightens up the dark closure, with each person lighting up to 20 agarbattis at a particular time in order to get purified of the evil and to clean the air of the surrounding negativity. It is said that the saint’s powers can cure people from all the djinns and negativity surrounding their bodies and hence leave them purified. 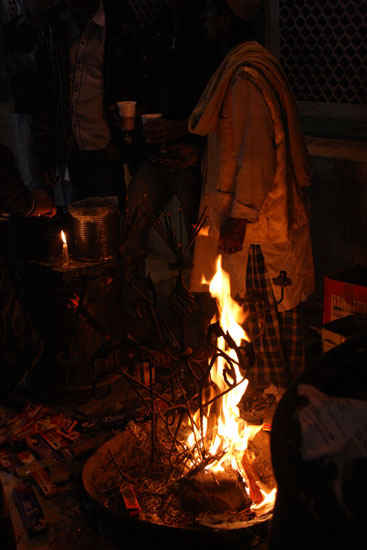 Believers also tie thread in the form of wishes (mannats) on the jharokhas of the dargah in the strong belief that the saint will grant all their desires. It is believed that purity of thought and heart is essential for any mannat to get fulfilled.

A State of Trance

The young and the old come together to offer their prayers and perhaps witness higher levels of consciousness, which resonates during the qawwali performances.

The qawwali is held in front of the main entrance of the dargah of the Nizamuddin. The qawwals usually come on time with their tablas and harmoniums. At 84, Meraj Ahmed Nizami, the patriarch of the Nizami Khusro Bandhu family is one of the few classical qawwals left in India. Seeing him sing is an uplifting experience in itself. 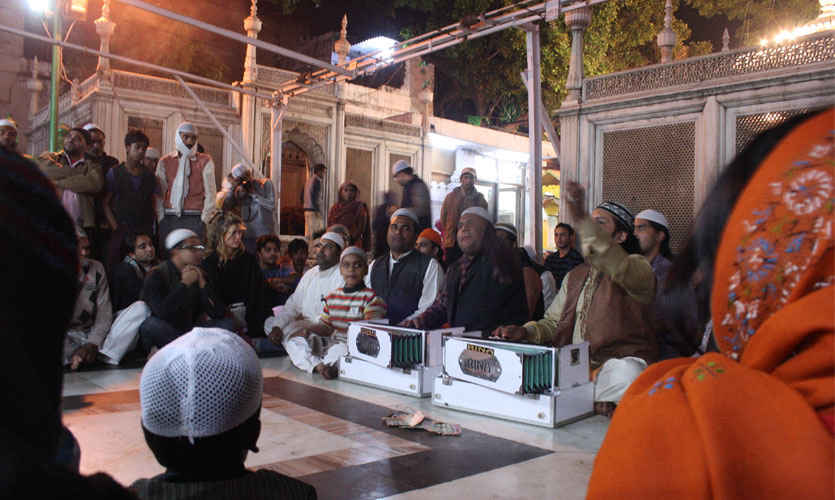 Besides being a Sufi musician, Amir Khusro was a great poet and scholar, a mystic and a spiritual disciple of Nizamuddin Auliya. His songs are sung all night on special occasions in the memory of the Sufi saint. 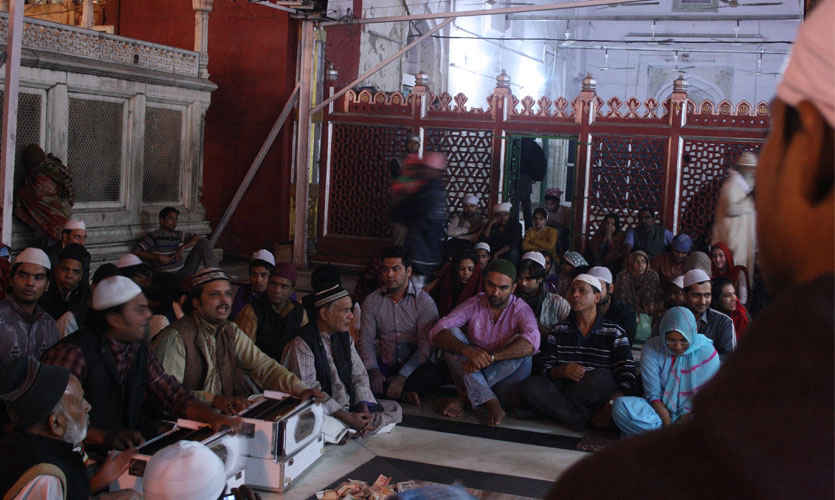 The qawwalis during winters are held every day from 6 PM till 7:30 PM however Thursday evenings are special because it precedes Friday, the week’s holiest day in the Islamic calendar and hence it takes place twice. First at 6 PM to 7:30 PM followed by the namaaz and then qawwalis again at 9 PM to 10:30 PM.

Hazrat Shaikh Khwaja Syed Muhammad Nizamuddin Auliya stressed love as a means of realizing God and the Qawwali nights here are the purest and truest form of Sufism.

The rhythm of the qawwalis rise gradually filling the listeners with moments of pure ecstasy and euphoria and for many listeners, it’s a state of trance. 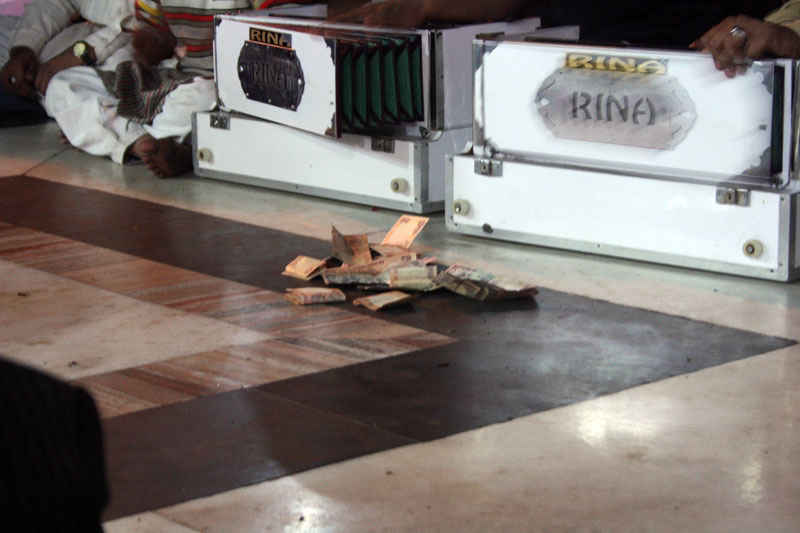 Money is offered to the qawwals, which is an essential part of their income. From ‘mast kalandar’ to the popular song ‘fakir’, all kinds of tunes are played during the pleasurable holy hours. After 2 hours of non-stop singing with high energies, the space quietens and calms down while prayers continue.

The backdrop settles down with ‘Allah-Hu’ chants resonating in the air, while the masjid gets cleaned up in the meantime. 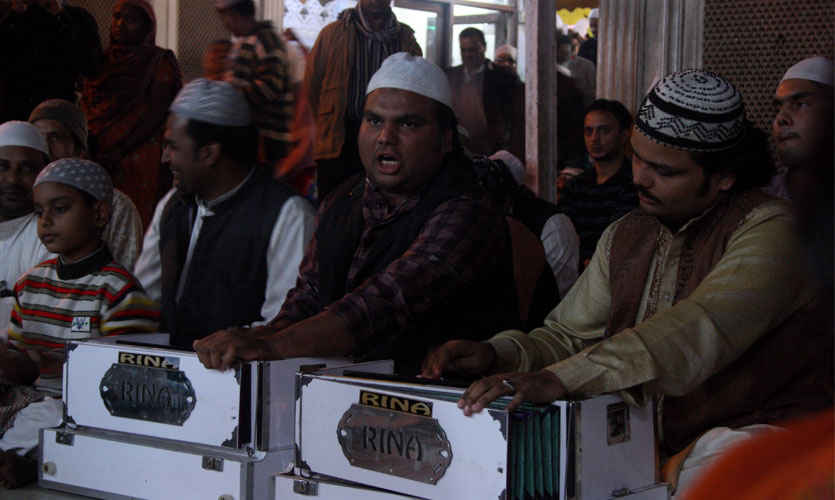 Please make sure you carry a veil to cover your head once you enter the dargah premises. Also as the warning cards denote, women are only allowed up to a certain point of worship and the chaadar can be offered by a male.

From the tourists and the locals to the believers and the non-believers, it is a must experience for those who believes in the oneness of god and humanity.