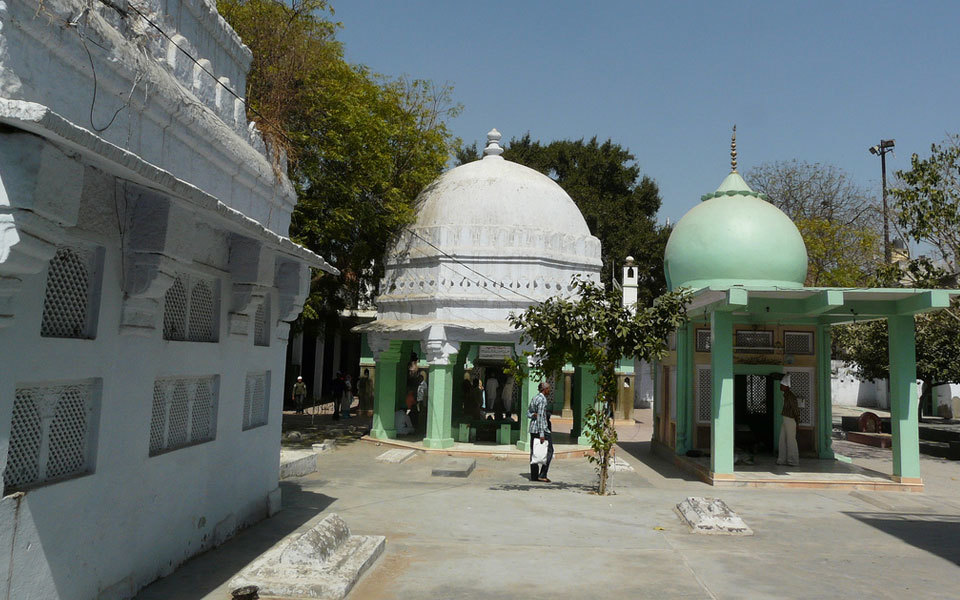 The village of Chirag Dilli makes you feel claustrophobic with its congested layout and garbage left open at many places on the very narrow streets. It’s easy to miss a turn here - the bend on the road is easily camouflaged by a number of fruit and vegetable vendors cajoling customers, cobblers squatting on a threadbare mat, a cow contemplating its next move and a horde of goats emerging out of nowhere with an exhausted goatherd at their feet.

At long last you hit upon a corner and find a row of neat shops selling flowers, chaddars and candles which is when you figure out you’re finally close to the serene Chirag Dargah. 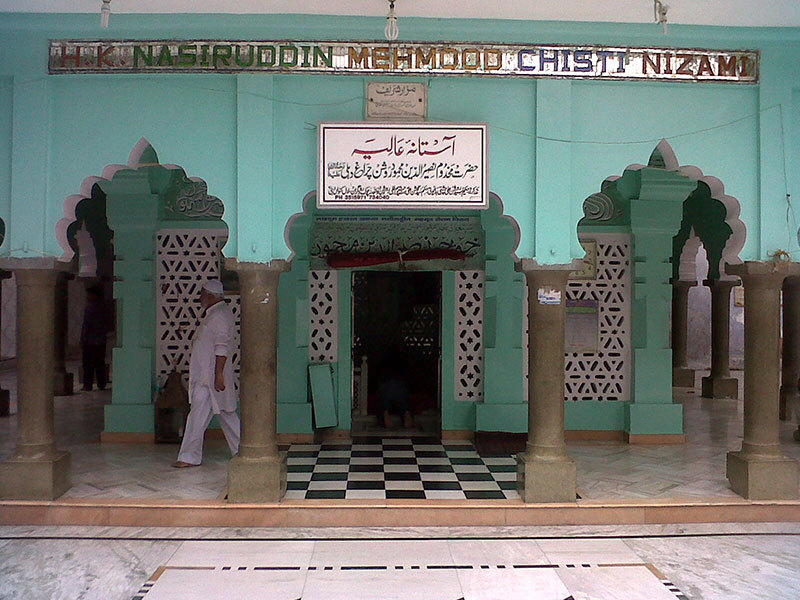 It is dedicated to the Sufi Saint Hazrat Nasiruddin Auliya, the murid and successor of Hazrat Nizamuddin Auliya. Though heavily encroached upon, the Dargah is spread over a fairly large expanse. It’s suddenly calmingly quiet and cool and your frayed nerves feel soothed. The amicable family of caretakers will welcome you warmly and offer “chai, paani, samosa” several times. But you don’t feel like making conversation just yet. You roam around, savouring in the quietude, the air of cheery seclusion even in the midst of a noisy urban village. 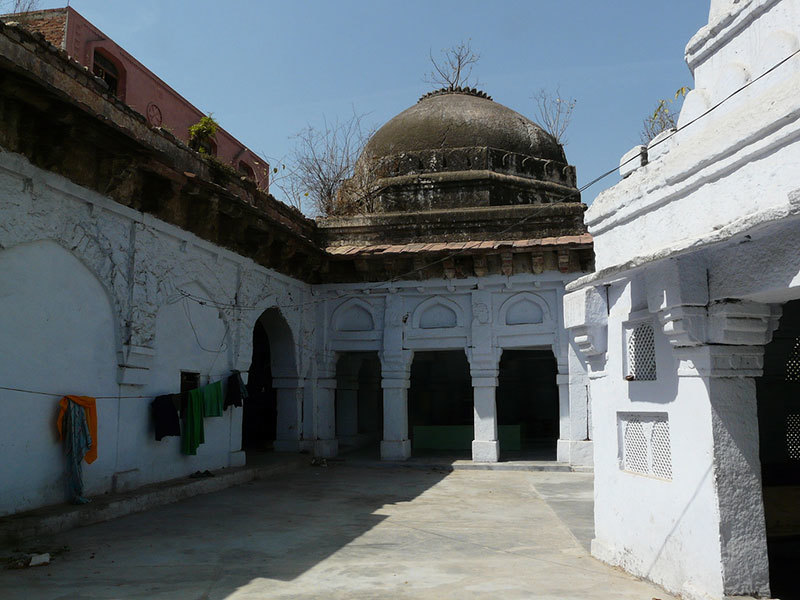 The tomb of the Hazrat was made by Feroze Shah Tughlaq in 1358. Much later, a small mosque was added to it by Emperor Farrukhsiyar. The entire compound is painted in white and a very light pastel green. The courtyard is laid in white marble - assiduously swept and mopped by the caretakers twice a day. There are several tombs belonging to the family of Hazrat Nasiruddin. There are four domed pavilions in a seemingly random order, and one of them houses the shrine of the Hazrat. It is visited by believers of every religion, dimly lit, fragrant with incense sticks and adorned by satin and silk chaddars. 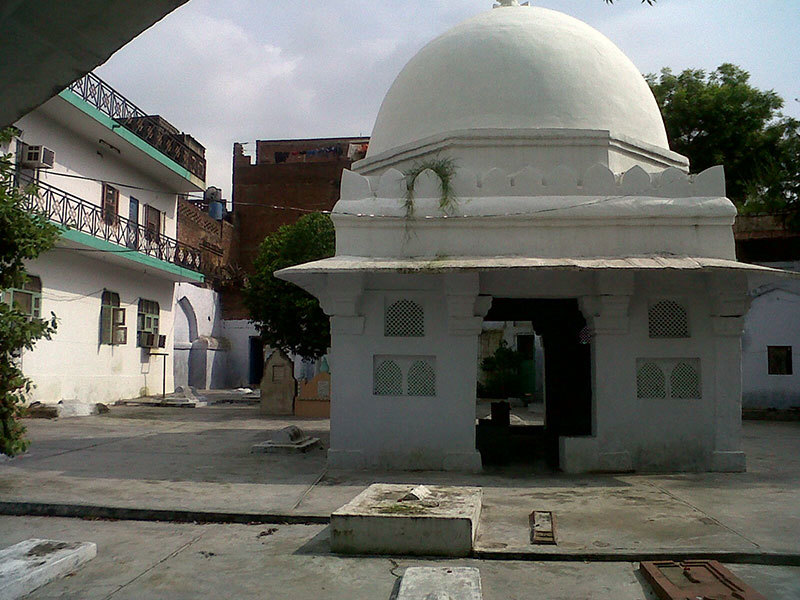 He was bestowed with the title of ‘Roshan Chirag-e-Dilli’ as a result of a tussle of egos with the then Emperor Muhammad Bin Tughlaq. The Hazrat was deputed to build a baoli by his ‘sarkar’, the Hazrat Nizamuddin (now known as the Nizamuddin Baoli in Delhi), at a time when the Emperor was getting a fort constructed. Hazrat Nasiruddin hired labourers to work on the baoli at night after working on the fort during the day.

On patrol one day, the Emperor found out and was infuriated thinking that his labourers will get no rest, and his pride was wounded because no permission for such major construction was taken from him. An imperial firman was issued that all oil supplies would be stopped at the construction site if the project wasn’t immediately abandoned.

The Hazrat paid no heed, and the very next day there was no oil to light the lamps for the nightly chores of the labourers. When the others thought that all was lost, Hazrat Nasiruddin took a palm-full of water, and in front of hundreds of witnesses, miraculously lit a lamp by dipping a wick of cotton in it. This ‘karaamaat’ earned him the title with which he is known and worshipped today. 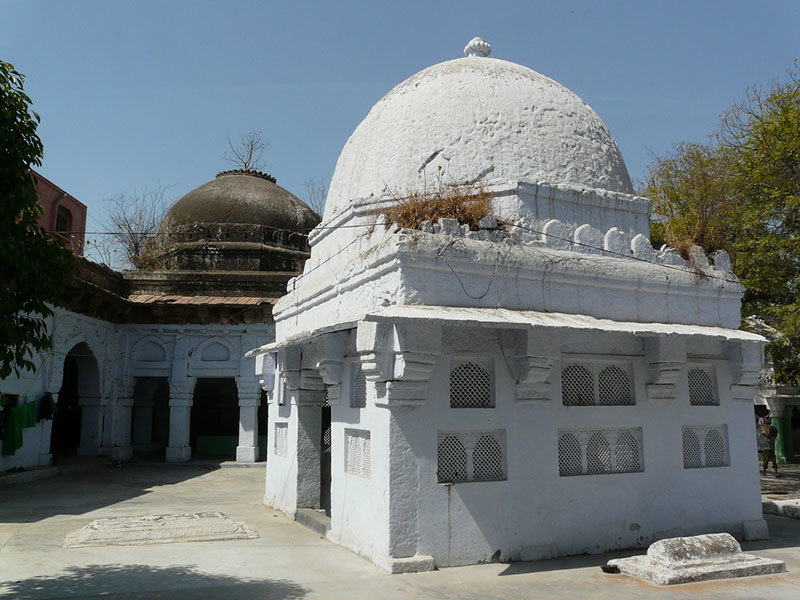 On your way out, you ponder over your own belief systems. With all our trappings of urbanity, globalisation, cosmopolitanism, agnosticism, atheism, scepticism and all the other –isms that are gifts of our rationality, such devoted, single-minded beliefs in the power of one individual seems anachronistic in principle. It’s a belief so strong that it has carried itself over centuries, and renews itself every moment. You begin to doubt your own doubts. For a moment, you want to give yourself up to the mystic ecstasy and travel back to those times when miracles did happen.

Come swing by if you ever find yourself in the vicinity!