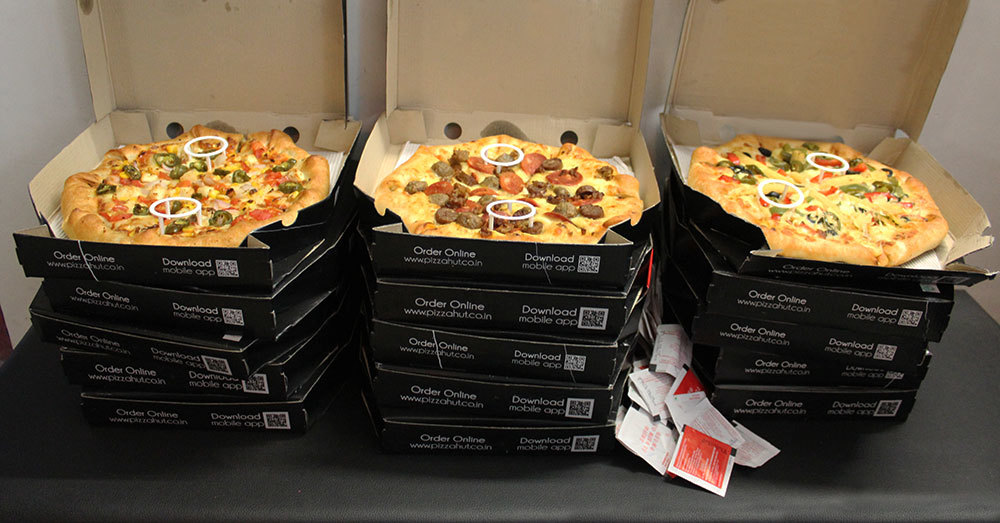 Pizza Hut, the king of pizzas has introduced a new range of pizzas that we can’t help but gorge on! This new addition is called the ‘Stuffed Crust’ range and it stands true to its name in every possible way. Read on to find out what we thought about their new pizzas: 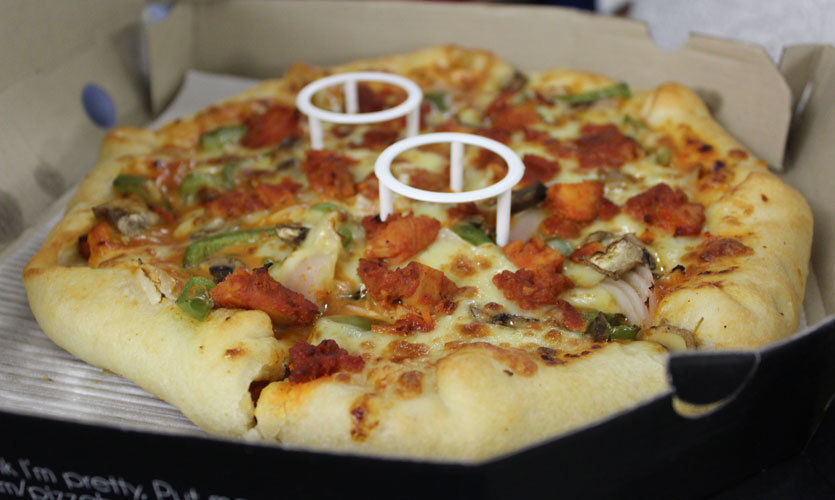 The usual tomato pizza sauce was substituted for a chilli garlic sauce which added a major wow factor to the pizza. It was topped with chicken tikka hunks, mushrooms, capsicums and onions but the most outstanding feature about it was the stuffing in the crust! Yes, the crust is stuffed with Masala Chicken sausages and it just leaves all other pizzas far behind. It's slightly on the spicier side, so do keep that in mind but we personally loved it! 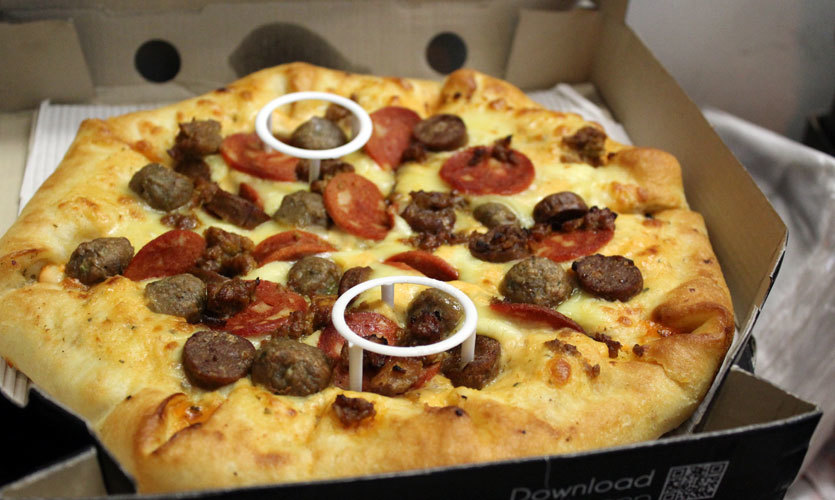 This one is for all the non-spicy lovers. The tomato pizza spread in this was replaced with a decadent layer of cheese! Yes you heard it right, the pizza base was topped with a rich cheese spread along with meatballs and pepperoni slices. It’s an all-out cheese pizza with a cheese stuffing in the crust as well. The crust is loaded with mozzarella cheese sticks (omg!) dipped in texas garlic sauce! Woah. 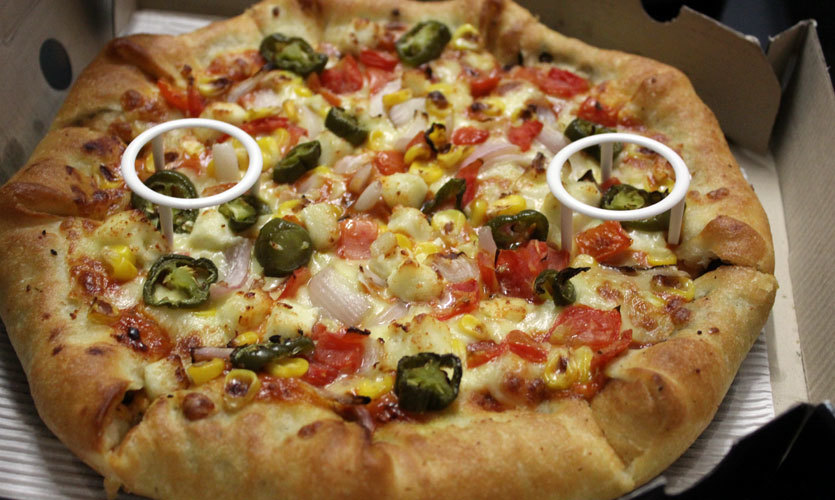 The Paneer Delight was honestly a little bit of a disappointment. The toppings included paneer, corn, jalapenos, onions and tomatoes and in this one too the tomato topping is replaced by the new chili garlic sauce, which all tasted very good but the crust had a stuffing of minced vegetable kebab, which just didn’t live up to the chorizo and cheese stuffing! Personally, we didn’t enjoy this pizza because of the crust. 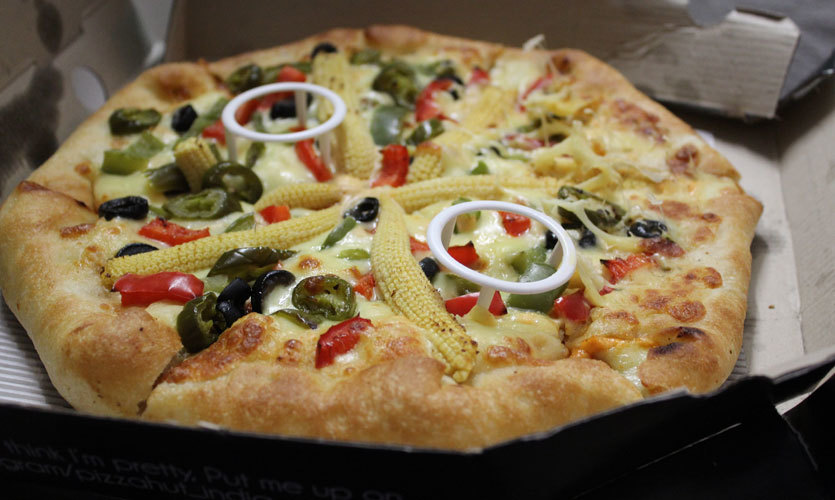 Topped with jalapenos, olives, baby corn, tomatoes and peppers, this is another one that’s for all the non-spicy food lovers! The vegetables are placed on a bed of delicious cheese spread which will put you in a cheesy heaven! The crust is also stuffed with cheese and so a cheese coma is guaranteed after devouring this particular pizza.

Overall, we’d give their new range of pizzas a firm thumbs up and definitely suggest you to order 'em up right away!