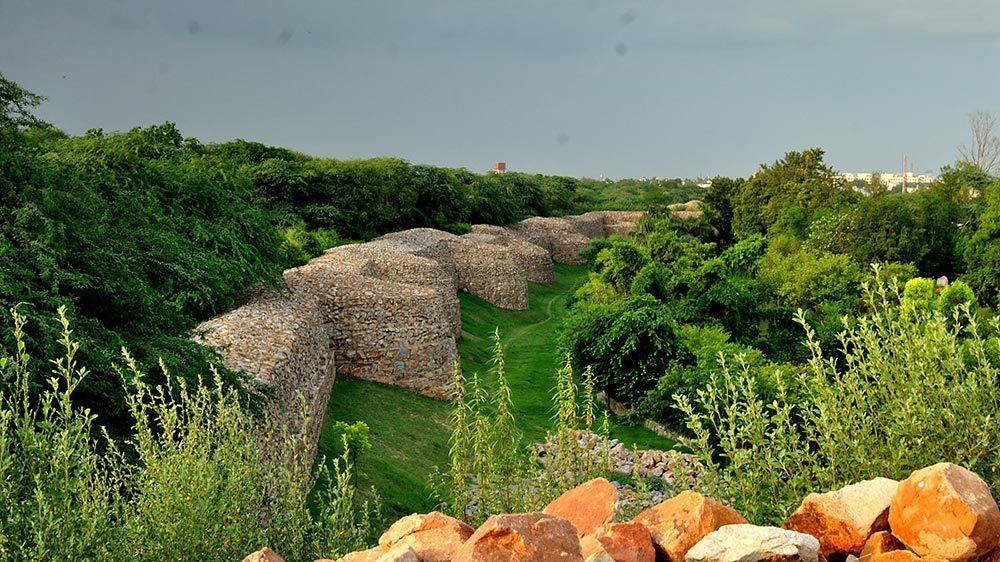 The first city of Delhi - Lal Kot and Qila Rai Pithora, are one of the oldest fortifications in Delhi, covered in robust stone walls from all sides. Built by the famous ruler Prithviraj Chauhan (Prithviraj III) in 1180 A.D., the thirteen gated fortified city is now mostly gone and spread all over South Delhi.The good thing is that history hunters can encounter parts of it at most unexpected locations.

Parts of it are better known like the complex on the Press Enclave Road that has now been renovated, complete with a park, library and a statue of Prithviraj Chauhan. Other parts of it are neglected and hidden away in the jungles of Sanjay Van behind Mehrauli. But still there is one part that is decently maintained but hidden from public view that very few people are even aware of it.

Hidden Behind A Park 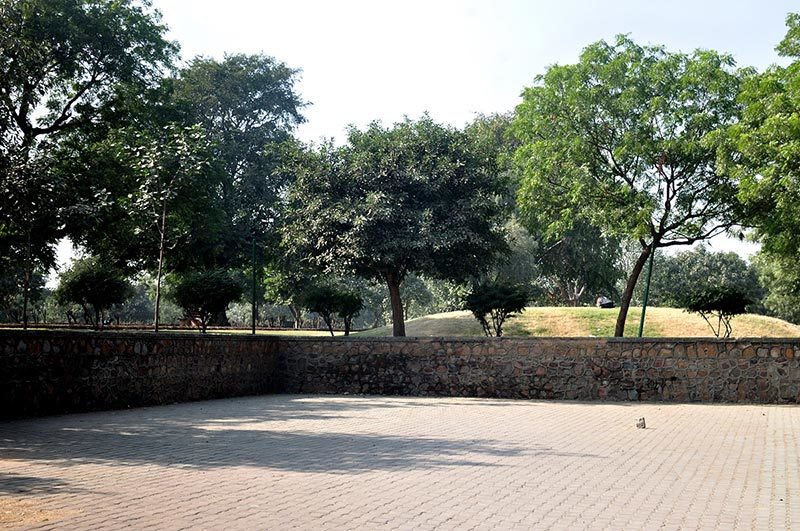 One of the most good looking stretches of the citadel, somewhat hidden behind thick bushes and luscious green parks, are the walls of Qila Rai Pithora, lying very close to the Saket metro station and while there is a direct entry, you can also take a stroll through the park, which you first see while you get out of the Saket metro.

The park is a vast and pleasant green space frequented by the locals for a morning jog or by people seeking solace amidst the concrete jungle but interestingly the trees and shrubs of the park hides the walls from public view and only occasionally you catch sight of it.

On the other end of the park, a small mud road goes inside a thicker jungle. Once on this road, the wall becomes visible on the left side and several small breaches among the bushes can be seen that have been cleared out by people trying to reach the wall. Once you get to the wall and climb up, you get one of the most scenic view of the nature in Delhi. But one should be careful while walking through the bushes, especially in the rainy season. 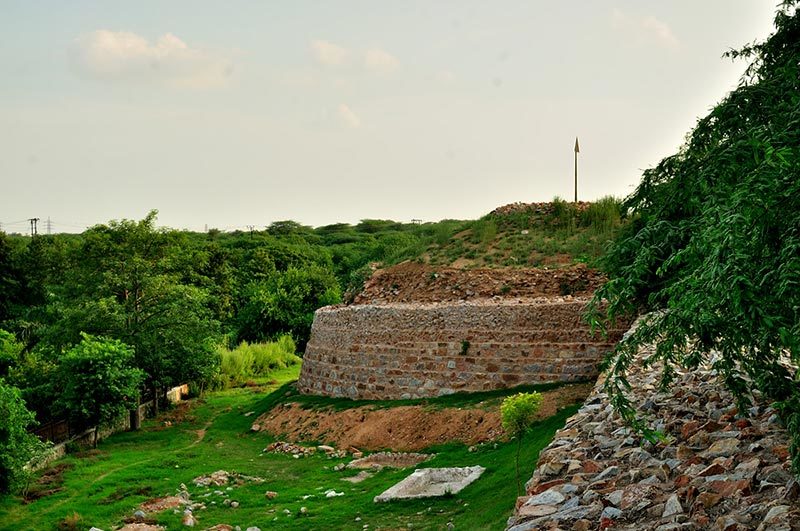 Reaching the top of the walls give you a completely peaceful and calm view. The main road is hardly seen from here and the hustle bustle of Saket cannot even be heard. Backyards of some residential apartments are seen at a distance and the stretch ends at a high point, looking down upon some empty green space.

The entire long stretch of the wall amidst the greenery looks like some medieval citadel we normally get to see only in films. Not too many people come this way normally. So, walk along the entire stretch to feel a rare occasion of desolation and freedom in Delhi. 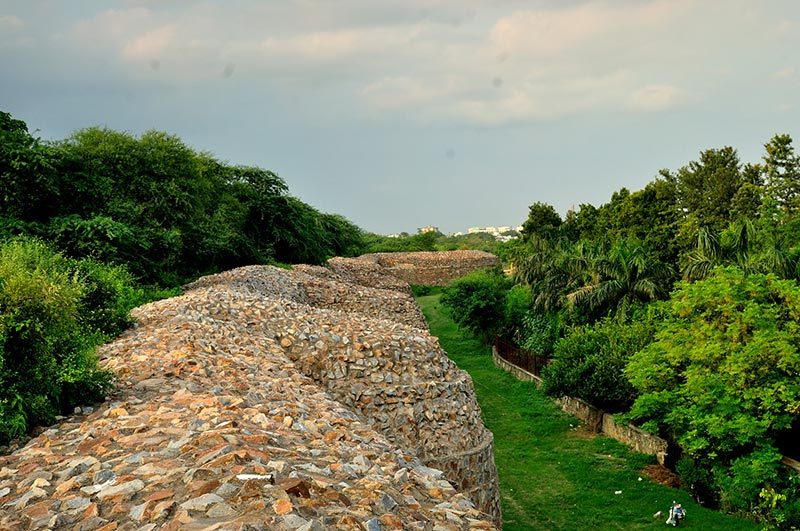 It is easy to find although not easily visible from outside. Just come out of the Saket metro and take the Westend Marg. After a few yards, you should see the narrow entrance and signboard. Otherwise, you can enter the park that you see just in front of the metro entrance and then cross it over to enter the shrubbery that hides the walls. You may have to pass through the thorny bushes so, just be a bit careful with that.

So, go on unravel and explore the fascinating walls of the fortified capital and get acquainted with you city’s interesting history!