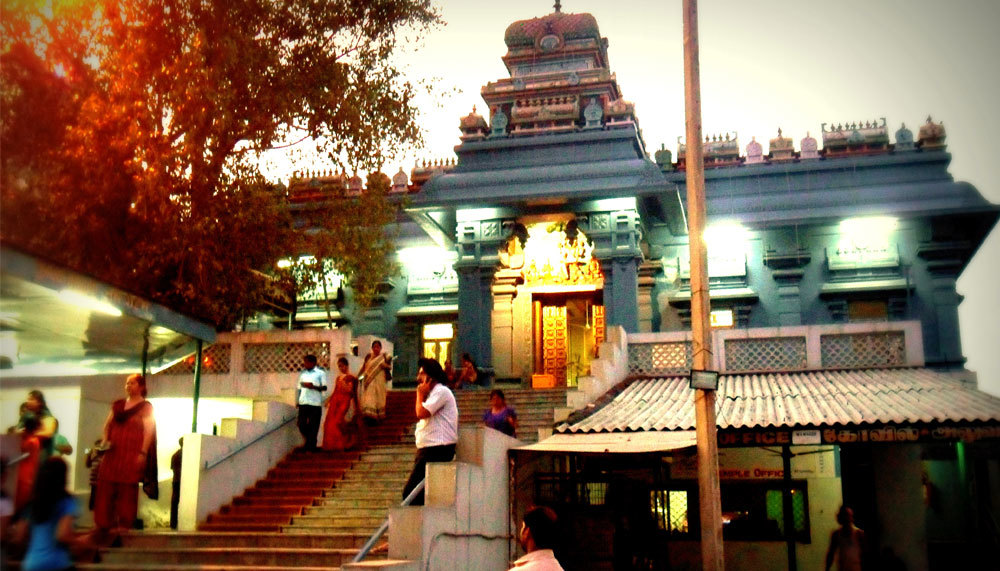 Malai Mandir, more formally known as the Uttara Swami Malai Temple, is a beautiful South Indian temple dedicated to Lord Swaminath. It is one of the few temples in Delhi where Hindus from the Tamil, Telugu, Kannada & Malayali communities come worship together. Here’s all you ever wanted to know about this mandir!

The temple takes its name from where it is located – the top of a small hill ('Malai' is Tamil for a hill). It has a pretty interesting history too! Lord Swaminath (or Lord Murugan) is said to have appeared in one of His devotees’ dreams one night and indicated a small hillock set in a secluded area amidst thickets as His would-be abode. That is how Malai Mandir’s inception took place in 1961. 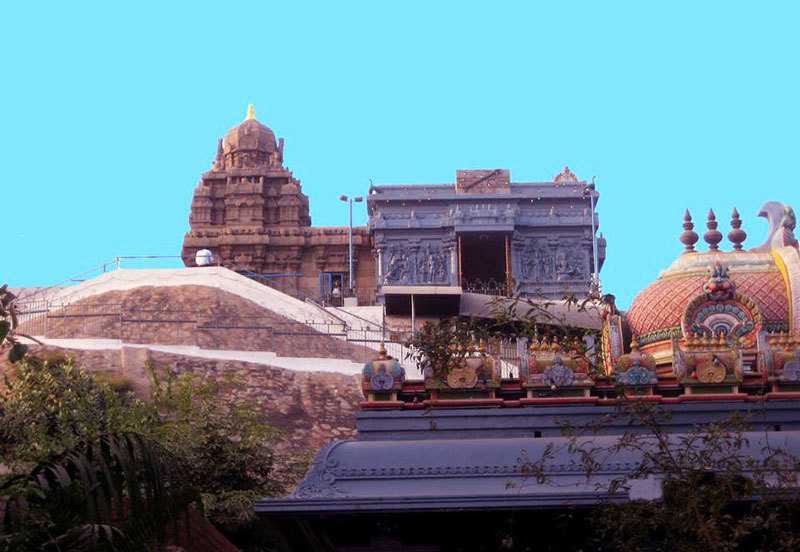 The main shrine dedicated to Lord Swaminath, also called the Garbha-Griha (sanctum sanctorum) is located atop a small hillock in accordance with the tradition of building Murugan temples at an elevation. Its structure draws inspiration from the Chola style of South Indian temple architecture.

The complex also houses temples dedicated to the Lord’s revered mother, father & brother, built in the Pandya and Pallava styles of Southern temple architecture, as well as other smaller shrines. A lot many colours have been used in all the shrines, making it a most pleasant sight to behold.

The temple complex is always alive with the calls of peacocks renting the air, while lucky visitors also quite often get glimpses of the birds in all their magnificence and splendour within the temple premises. The peacock is said to be Lord Swaminath’s vaahan (ride) and hence the temple keeps a couple of them as pets. The temple is especially thronged by devotees every Saturday, the day of Lord Shani. 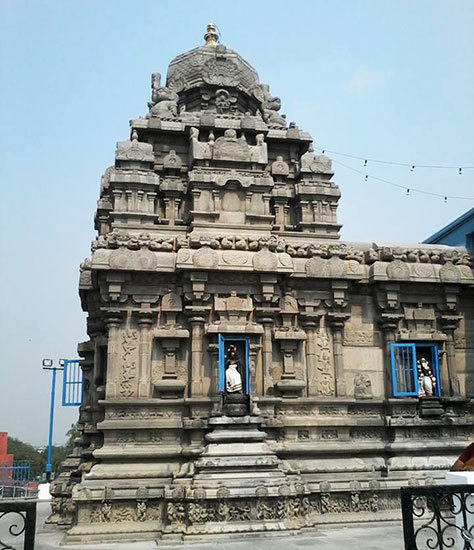 Special Shani Pooja is held at the Navagraha Temple or the temple of the nine planets, where devotees proffer offerings of fruits, coconuts & flowers to God and seek His blessings for themselves & their kin. Thereafter, they may light a small lamp & move it in circles in the air nine times around the Lord’s idol in prayer, followed by completing nine parikramas (circumambulations) around the temple.

The temple of Lord Swaminath has one specialty that sets it apart from all the other shrines - as it has been assembled, and not constructed! No cement or mortar went into the assembling of the 900 huge stones that hold the shrine together today. There is also a small hall in the temple complex, known as the Silpa Kala Mandapam, which houses several exquisite sculptural pieces representing quintessential South Indian temple architecture. 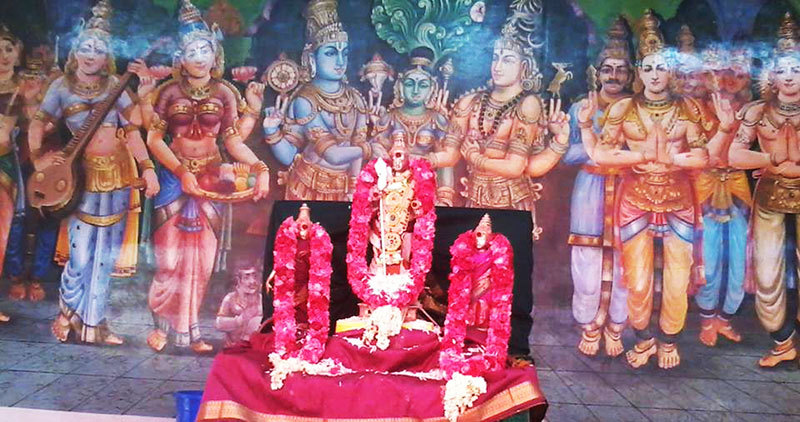 The temple, in its entirety, is a unique blend of all three renowned and ancient temple architectural styles of the South. It brings the splendour of the South to the North, attracting visitors of all faiths and religions from far & wide.

The temple is situated in Sector 7, RK Puram in South-West Delhi and is about 3 kms away from Dhaula Kuan Metro Station. Visitors may take an auto rickshaw or a bus to the temple from there or alternatively from the Green Park or AIIMS Metro Station as well.

So how about it - are you up for a slice of serenity and communal worship at this truly beautiful temple? We know we are!