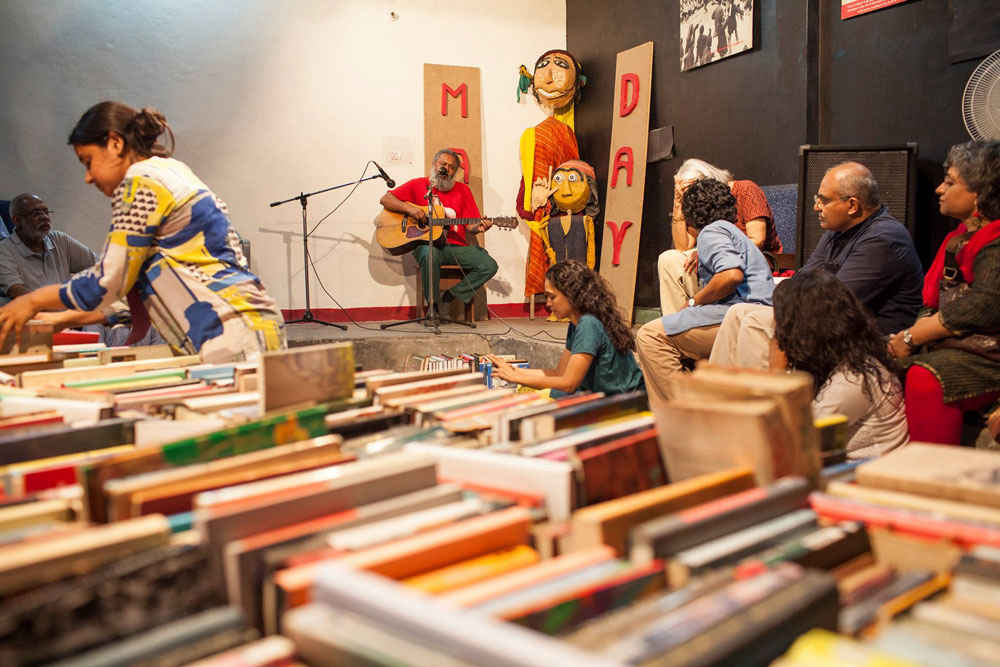 It’s small and innocuous in its appearance, especially from the outside. So much so that it’s easy to miss out while driving through the road. It’s also situated in a locality where a grocery store makes more sense than a bookshop. If that’s not enough, Google Map has also made a mistake in the listing and if you follow it you will never be able to locate the place.

The very existence of May Day Bookstore & Café is an act of defiance. It’s a bookshop that doesn’t seek to make profit but only wants to spread the reading culture. That’s why it shies away from the premium locations where the target milieu can more easily be found and remains content with Shadipur. 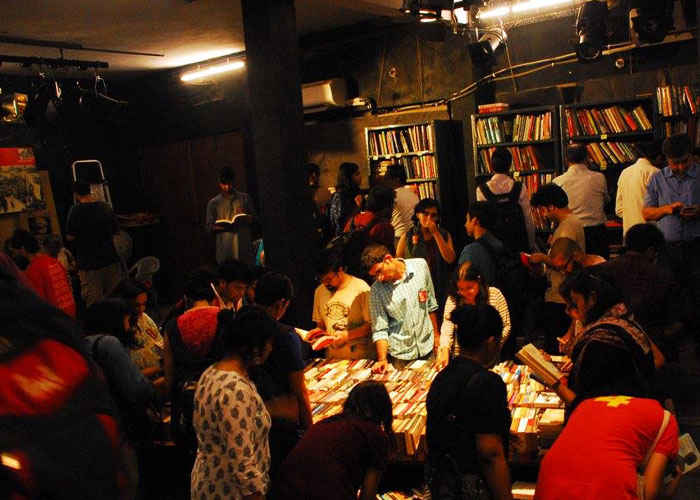 While it is called a café, there are basically three parts to it. The front is the book shop. The space is small but the shelves are loaded with quality literature. The founders of the place are inclined towards the left-wing ideology, so the political bent is quite obvious in the choice of books and in the manner it operates. However, it doesn’t mean that they don’t have other books.
The backroom also serves as the office of the left-wing publishing house that owns it. Bundles of freshly printed Das Capitals can be easily seen scattered all over the alley that leads to the room.

There is a small kitchen too which is supposed to cater to the “Café” part but we were told that it only functions when some important event takes places. Otherwise, it’s not possible to entertain every visitor considering the costs associated with it. 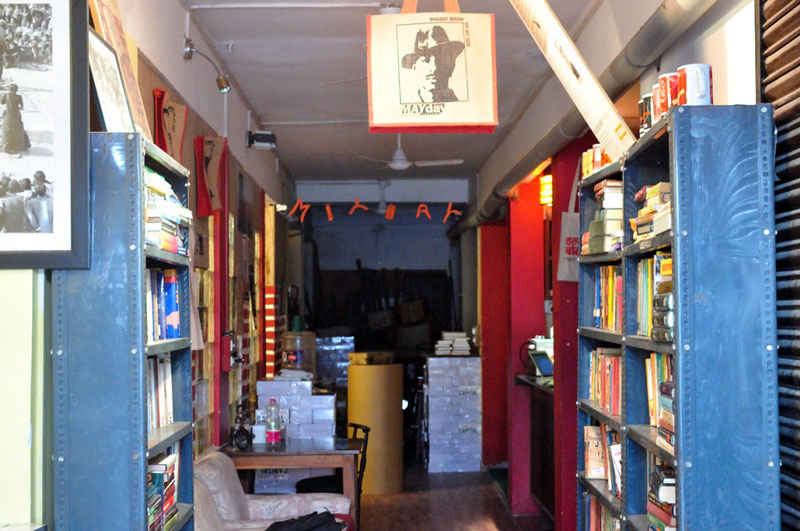 Talking of the events brings us to Studio Safdar, which is basically the adjacent space next to the café. As the name suggests, it is dedicated to the memory of the martyred theatre activist Safdar Hashmi. It hosts theatre rehearsals, lectures, recitals, workshops and other such events. It can be hired for other such performances too. 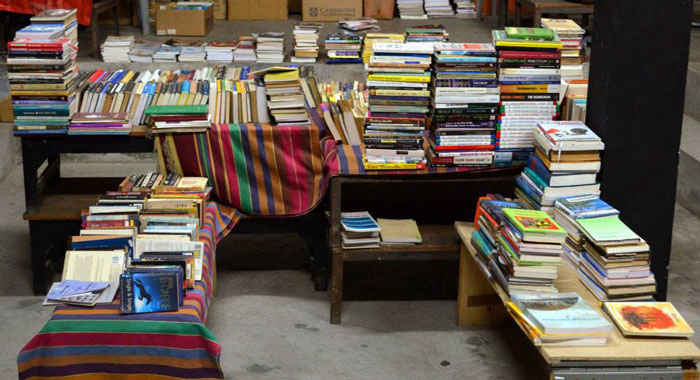 Among other things, it also stocks used books that can be bought at negligible prices. So, there is a little “Daryaganj” out here minus the crowd and competition of the original. These books are collected from people who don’t need them any longer. While they are not paid for it, the café offers to collect the books from their doorstep so that they do not have to carry the books to the store themselves. 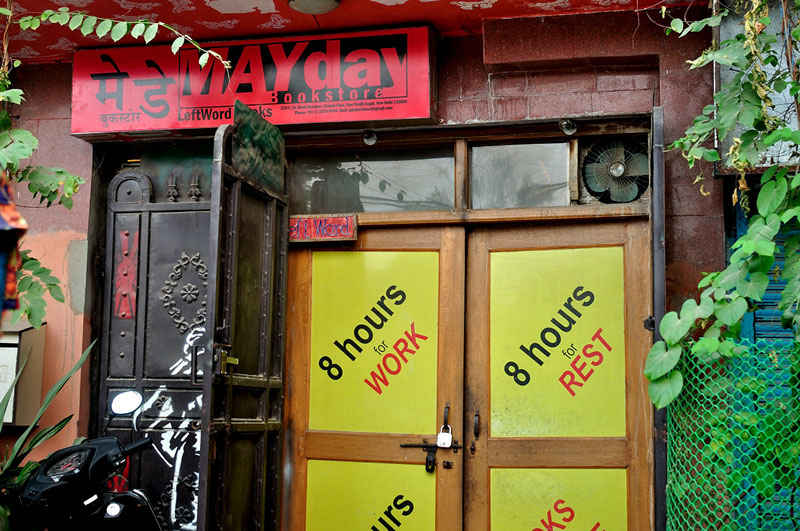 As mentioned already, the Google maps location to the place is misleading. Its own Facebook page suggests that you ask the rickshaw puller for Number Bayasi (No. 82), which probably indicates the house number but actually the route is not that difficult.

To reach the bookstore/cafe get off at Shadipur Metro Station, take the Suman Lata Bhadola Marg (You will pass by a Satyam Cineplex) to the point where it meets the road and then turn left and follow it till the next turning. You should first see the DMC milk booth. The café stands behind it, as you will figure out on closer inspection.