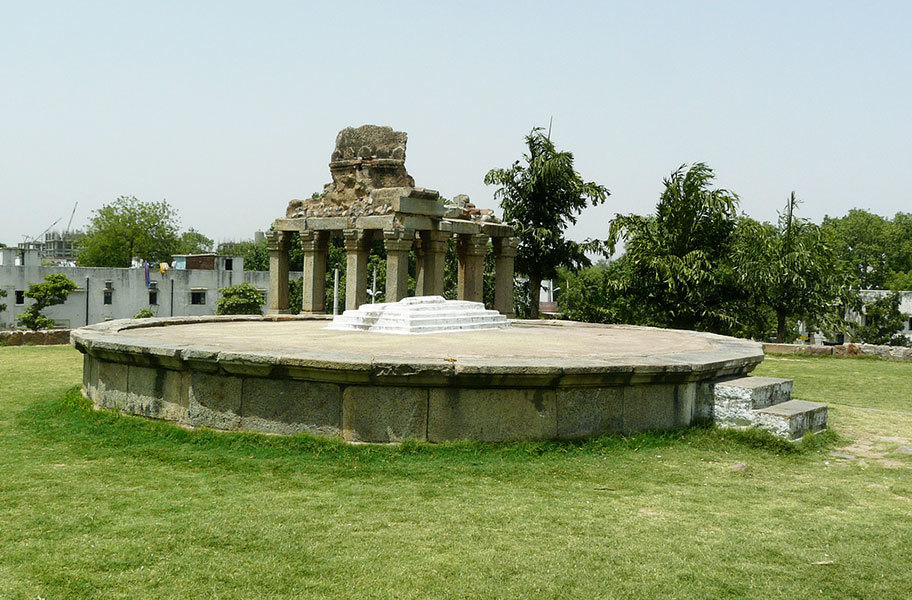 Tucked Away In The Midst Of Bustling Kidwai Nagar, Here's All About Darya Khan’s Tomb

Though there is a huge signboard proclaiming a once-imposing, now-dying edifice of stone, as the Tomb of Darya Khan Lohani, speculations are still rife about whether it’s actually the tomb of his father. Even the caretaker of this dilapidated edifice believes he pays homage every day to a man that entered India with Mahmud Ghazni, and was a religious martyr.

But luckily for you, this tomb is not difficult to locate. It’s quite an aberration, this imposing ancient stone structure that harkens you back to times of hoary antiquity and stands right at the heart of the plush uptown residential/market locale of Kidwai Nagar. 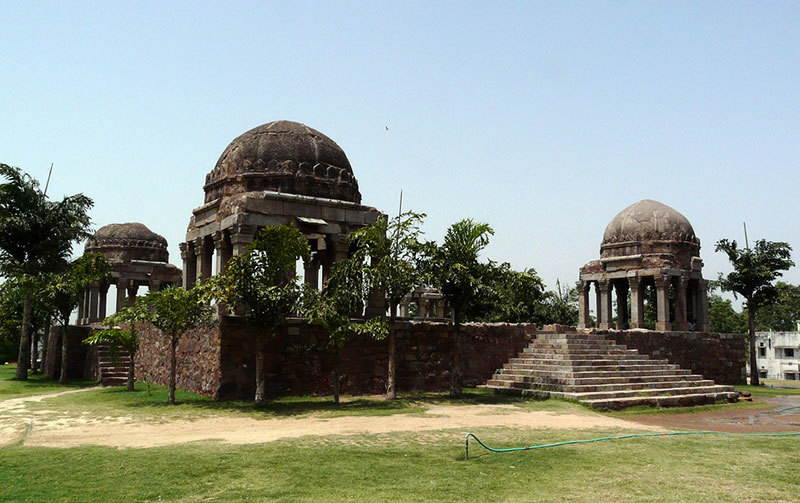 The tomb of Darya Khan Lohani is a part of this Complex which is also the final resting place of various other luminaries of the Lodhi dynasty, such as Mubarak Shah, Kale Khan, Bade Khan, Chhote Khan and Bhuiyan Khan. The first and the most significant of these is the tomb of Mubarak Shah, the ruthless ruler of the 15th century Sayyid dynasty of the Delhi Sultanate, who met a brutal death at the hands of his ministers. The others were all important courtiers during the reign of Bahlol Lodhi. 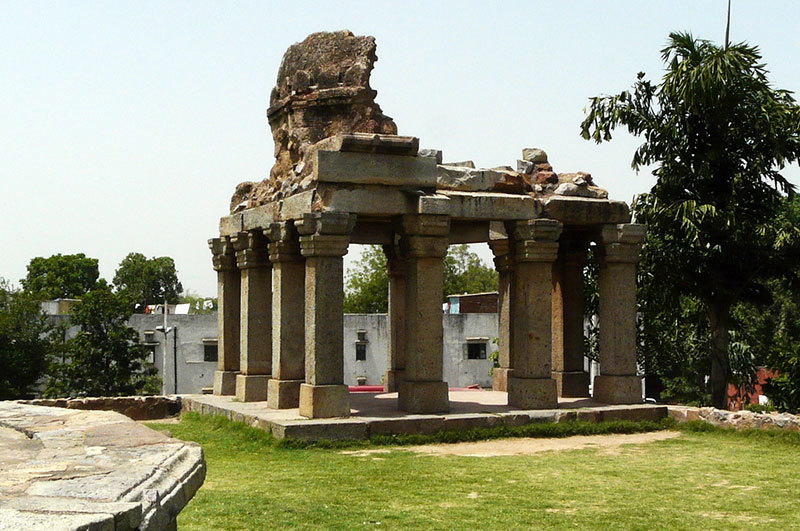 He was one of the most crucial ministers during the reign of at least two kings of the Lodhi dynasty. He was the Chief Justice under Bahlol Lodi and the Waqueel under Sikander Lodhi. His tomb dates back to the 16th century, even though the unusual, anachronistic architecture is often pointed out as being contradictory.

It is not known if the suffix “Lohani” to his name was a familial title or if it was bestowed by the ruler of the time. Some believed that the title stuck to him because of his ruthless ways of dispensing justice. No one was spared the gallows if they deserved it. Softening his heart was as difficult as biting into iron. Hence the title “Lohani”- one ruling with an iron hand.

The Tomb As It Stands Today 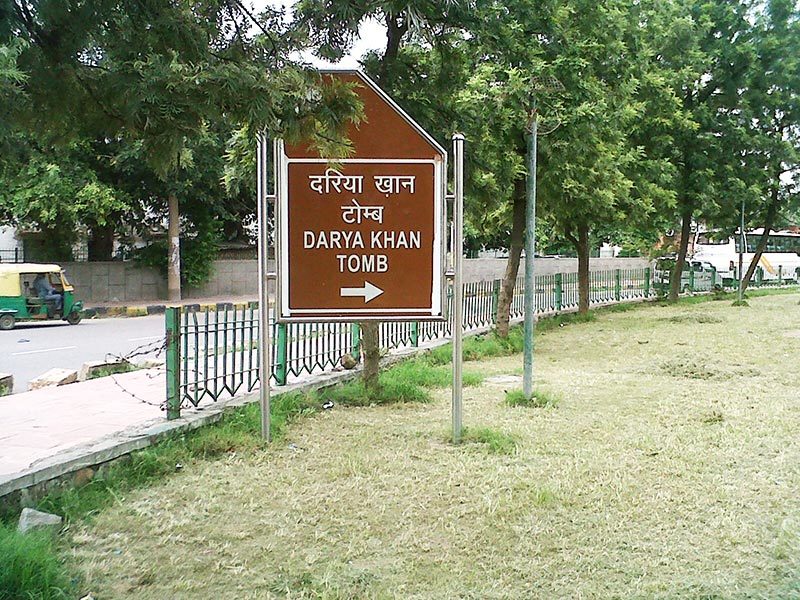 The revered Waqueel who spent his entire life bringing order to the kingdom, is now exposed to the inevitable injustices of time, modernity and lies amid ruined stone edifices. The compound is sprawling and is covered with overgrown, insect-infested grass.

The ande-waale and kele-waale often encroach upon the compound, selling their wares from under the shade of a tree while the caretaker disappears for an afternoon siesta. Painted white, the tomb lies on a raised circular platform of plain cement, which is mounted on another high platform, this one made of stone. On the main platform lies another grave, ignobly covered by grass and bird droppings. Some claim that to be the real tomb of Darya Khan rather than the white one in the centre. Both are unmarked. 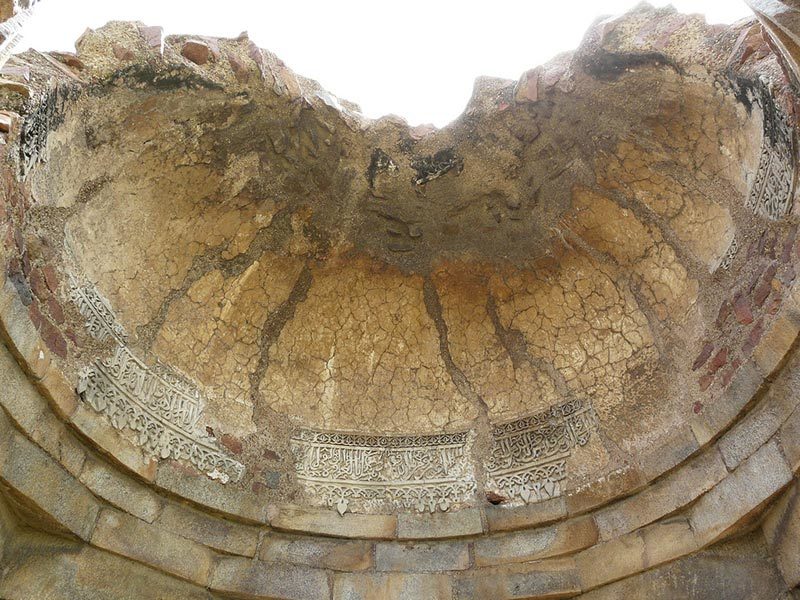 Around the main platform, surrounding the mazaar, are four domed pavilions mounted on four pillars each. The domes, however, are almost broken and riddled with fissures. While Darya Khan rests, hopefully in peace, a group of about twenty men play cards and cheer uproariously at every well-dealt hand. Couples canoodle unabashedly, a weary-looking woman feeds pigeons, a drunkard lurks around menacingly, and you duck just in time to avoid getting hit by a cricket ball.

If you’re ever in the vicinity or just passing by, keep an eye out for this long-forgotten monument!