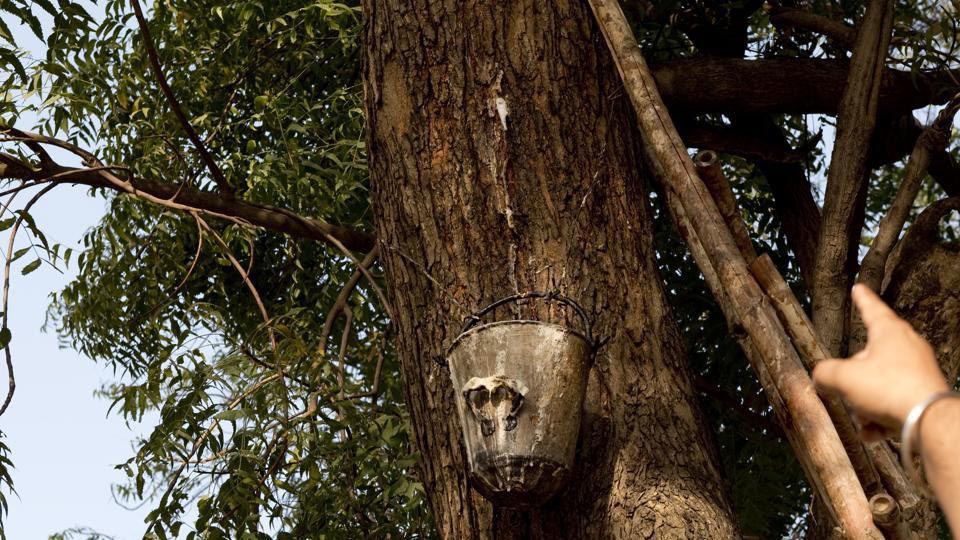 Trees Give Us Life AND Free Beer: There's A Tree In North Campus That Sprouts Neem Beer!

A neem tree that gives out free beer in North Campus, how rad does that sound now? AND it’s true y’all!

There’s an open bar in DU which is literally free of cost! Lots of smart tipplers have been glugging down neem beer from a local tree in North Campus for the past four months. It sounds pretty unreal, but believe it or not - it’s true! Several labourers gather ‘round this tree every morning with buckets/bottles to get their daily fix all set. They’ve claimed that they like it more than off-the-shelf liquor, and moreover, seeing as it’s free, who wouldn’t?!

This neem tree has been secreting ‘neem beer’ since November 2016, and it’s got a toddy smell to it and tastes slightly bitter. The tree gives out 10 litres of this sap EVERY. SINGLE. DAY!

Keeping the spirits high in DU, do you think it’s worth trying? Yay or Nay? Tell us in the comments below!