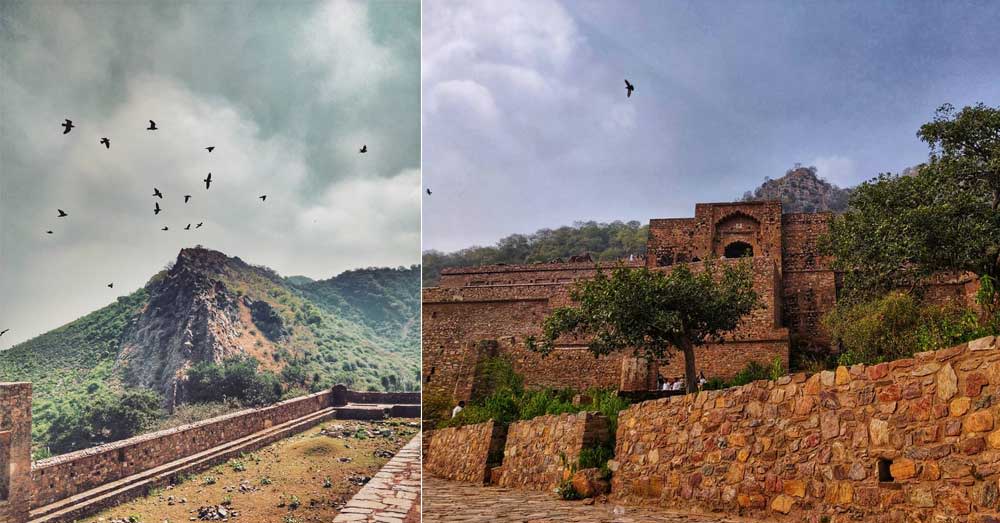 Are You Brave Enough To Explore The Famously Haunted Bhangarh Fort?

As you plan a trip to India’s most haunted place, brace yourselves for ample warnings coming from all your friends and family! A must-visit for anyone who loves horror tales, forts and road trips; the Bhangarh fort in Rajasthan has become popular in the last few decades largely due to the many stories surrounding it. It's about a 5-hours drive from the capital via the Alwar Highway.

The roads are lined up with mustard fields past Manesar and are great for photo-ops. A part of the highway is built around the Aravali range & Sariska National Park which makes for a beautiful ride but the goosebumps don’t stop once you enter the town! Read on! 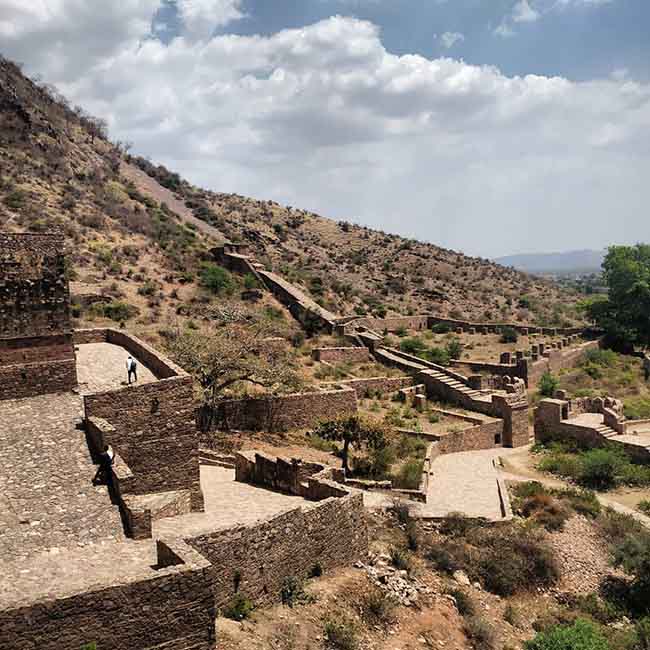 Bhangarh was established in 1573 for Madho Singh by his father. The town that once flourished in terms of population and prosperity gradually started diminishing through a series of unfortunate incidents.

Though the sceptics believe that famines and wars tore this town down, locals have something else to say. Some say that the city was cursed by Guru Balu when the palace shadowed his retreat and others say that Princess Ratnavati of the regime caught the lustful eye of an occult who cursed the town when he couldn’t win her. Many also say that the town is waiting for its lost princess who will reincarnate herself to come back one day and liberate it from the curse. 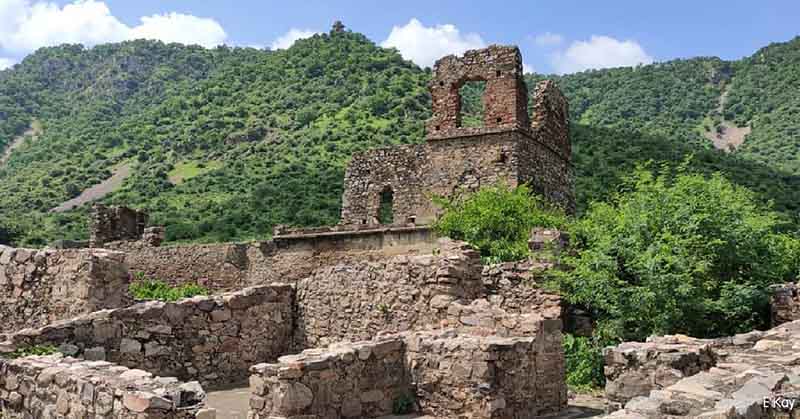 As you enter the town you cannot help but feel it's a little eerie. The fort can be seen from miles away and its majestic architecture brings out overwhelming emotions. The spooky tales attract tourists from all around. As you enter, a cautionary board greets you and warns that the entry to the fort is prohibited before and after sunset.

As you pass a long line of ruins that were once quarters and rooms (that are now the dwellings of Monkeys and Langurs), you realize exactly how doomed this place must be. 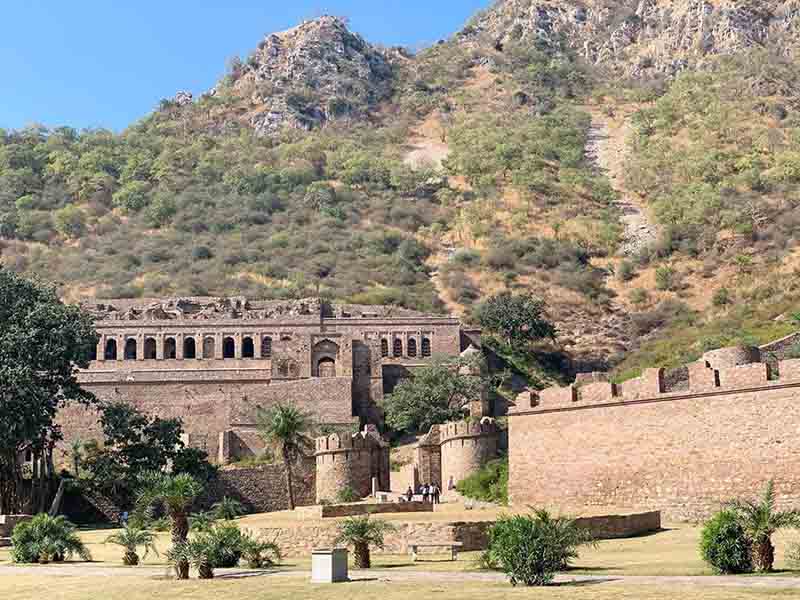 There are many majestic temples in the fort premises that are a must-visit for their architectural opulence. The Royal Palace is at the very end and has a tale to tell in every doorway and turn. As you reach the highest point of the fort, you realize how beautiful the town is with its ancient structures and sprawling greens surrounded by hills.

Although you don’t really see a ghost or something haunted, the mere idea of a beautiful town turning into ruins is horrific enough.

As the sun begins to set, the guards start the exit process. When asked if they have ever noticed any paranormal activity, the guards said they have not experienced something unusual but many people claim that the place is surrounded by negative energy.

As you turn back, the huge steel doors close behind and leave you wondering of what happens on the other side when the sun sets and darkness enfolds.