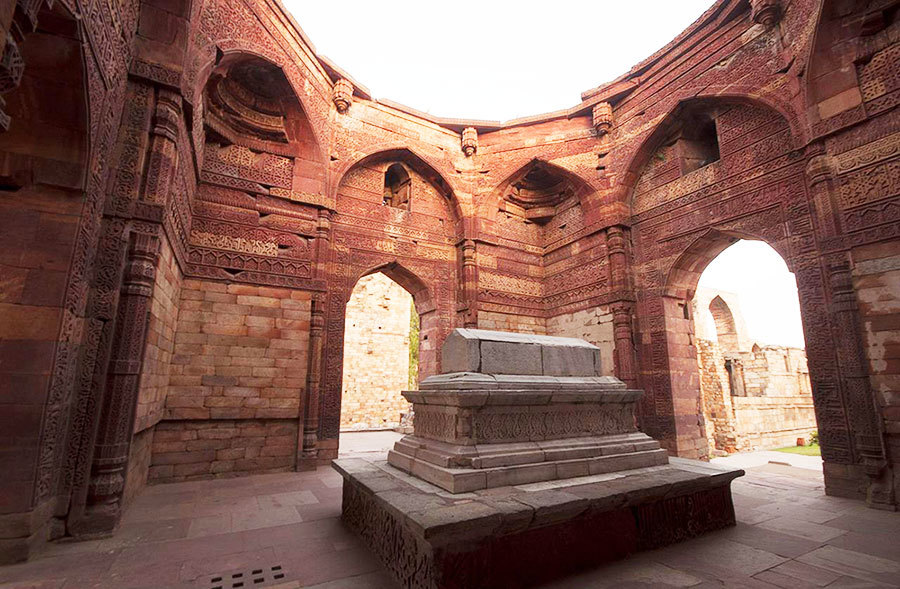 Enduring Since 1235 AD (No Seriously!), Here's A Walkthrough Of Iltutmish's Tomb, Mehrauli

Delhi, the capital city of India, stands in pride reciting the embedded glory & legends of the past through its monuments. Chiefly gloating in esteem, each of these historic memorials gives the truest picture of its own times.

Shams-ul-Din Iltutmish, of Turkish origin, was a slave of Qutb-ud-din Aibak and later became his son-in-law & close lieutenant. He then acceded to the throne of the Delhi Sultanate in 1211 and remained the ruler until his death in 1236. He was the third ruler of the Mamluk dynasty of Delhi. It is his tomb that is our subject of curiosity & discussion today! 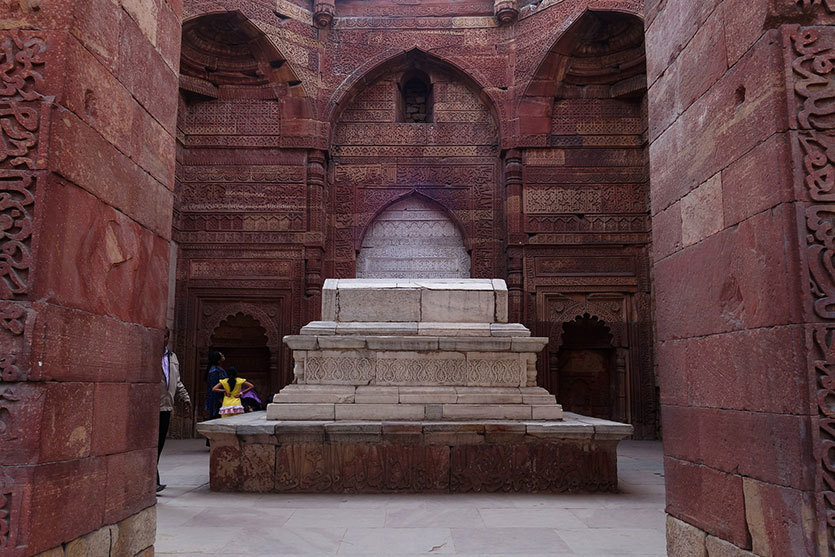 It’s situated 15 kms south of the city proper, in the North-West corner of the Qutub Complex, however, this structure is different from the others found in the area. The material used in the construction of the tomb, unlike all the others, is not sourced through the demolition of Hindu temples.

Drilling Down The Architectural Nuances

The tomb was built in 1235 AD, only five years after the construction of Sultan Ghari’s tomb; however, it’s still very architecturally different from it. The tomb has three entrances - North, South & East. The west wall faces the direction of the Mecca, the upper chamber of the tower opens up to the sky and the squinches on the top suggest that there may have been a dome in existence here at some point. 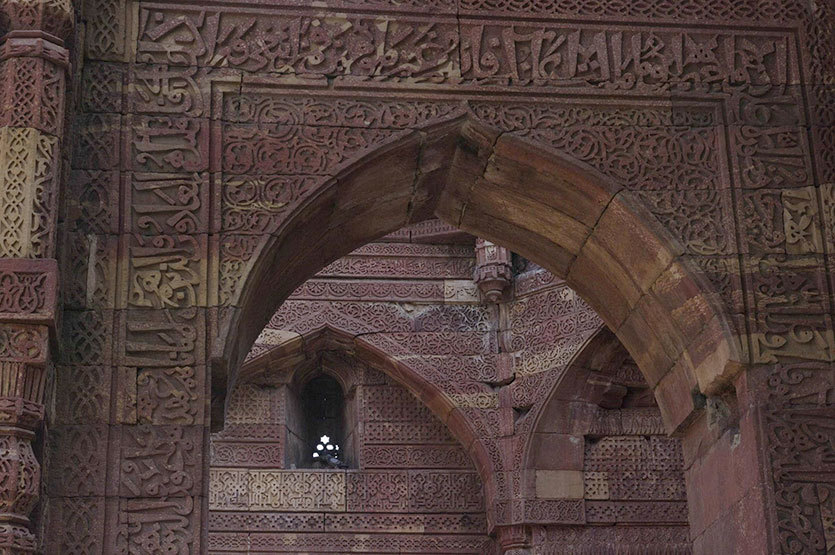 Popular belief, lore & legend claim that originally, there was a dome covering the tomb chamber but it fell, and was later replaced by Feroz Shah Tughlaq, but that one crumbled too. It makes you wonder how this tomb unintentionally resembles the Hindu temple architecture, which generally opens towards the sky too!

The gates of the tomb are wonderfully carved and the precision & detailing on them remain unmatched. The skill of those carvings cannot be replicated till date. The exteriors are plain & stark in comparison to the interiors, which are lavishly adorned by designs, epigraphy & religious texts. Various geometric designs adorn the western Mihrabs (niches) but the highlights are the inscriptions of the Kufic, Tughra & Nakshi scripts that illustrate chapters from the Quran. 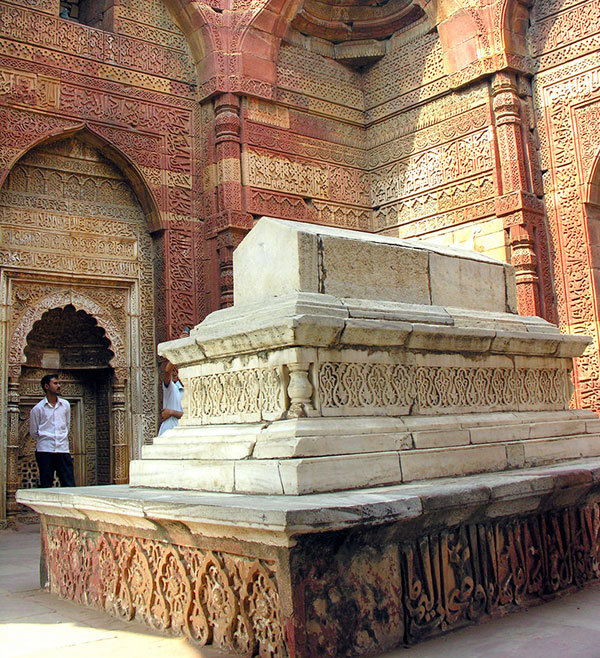 The blend of Hindu & Islamic art can be easily observed by studying the carvings of the Hindu motifs. Beautifully carved lotuses, tassels, diamonds & bells on chains add to the charm and magnificence of the monument. The walls of the monument throw light on the culturally rich history that Delhi was a part of. The beautiful amalgamation of these two cultures certainly strengthened the cultural diversity we proudly boast of today.

The next time you visit the Qutub complex, which is where this tomb is located, spare some time for the tomb of Iltutmish & revel in history!