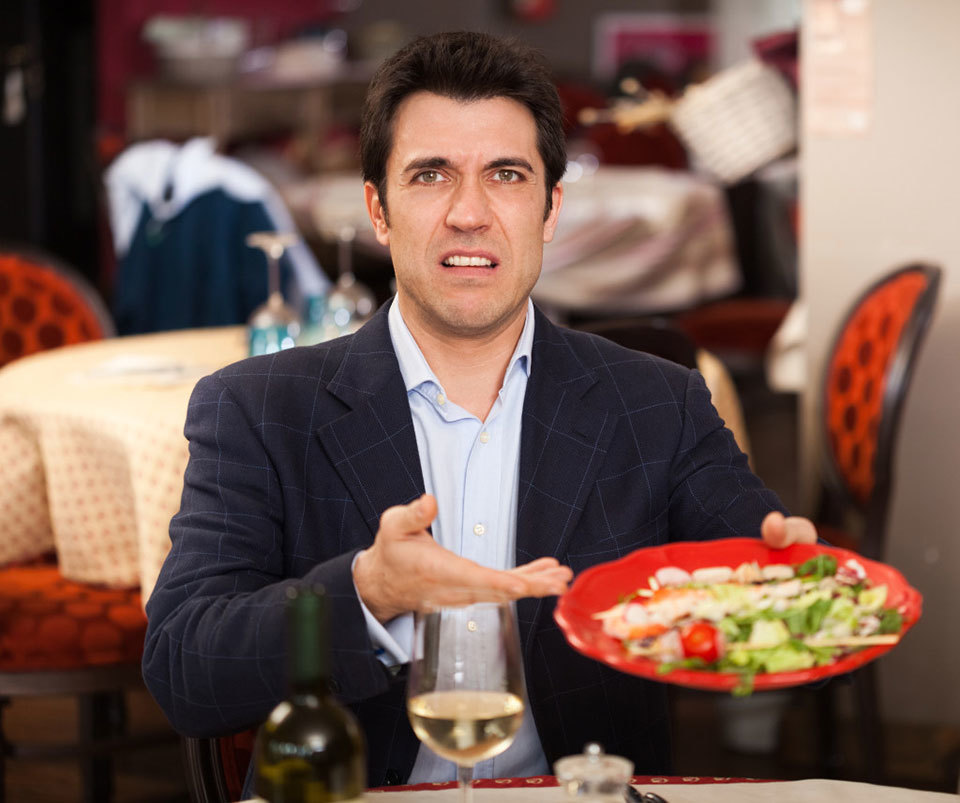 This is HUGE! Delhi Restaurants Will Now Be Able To Deny Entry To Angry Customers

The word around the block is that restaurateurs are sick and tired of irritable and cranky customers who simply come to the restaurant, take some clicks and then complain about how they hated the whole experience and go ahead and bash the restaurant on social media while getting into a fight with the waiters there too!

Well the ball has now sauntered over to the restaurant's court by taking stern action against the behaviour of the customers with this new invention called *The Grump Meter*!

The Grump Meter is a device which will be installed at the restaurant doors that has the ability to decide your anger level! For a majority of angry customers, a restaurant is not a place to eat but a therapy session to dump all their frustrations and anger! But this attitude will not be accepted anymore!

The Real Deal | The Grump Meter is a device just like the thermometer invented by a Japanese firm which records your anger levels from 1 to 10! Those who score less than 5 will be rewarded with a discount and as for the ones on the other side of the court, no din din guys!

You might just be denied entry let alone food at restaurants all thanks to your Grumpy attitude! So don’t let the pressure get to you in life and leave the fuming whistles for your own kitchens!

So when you're happy and you know it...clap, no - just head out for a meal!

DISCLAIMER - Hindustan Times pulled this ‘Bakra’ on us and we just couldn’t resist sharing it!
In their own words *There is no such thing as a Grump Meter, but we wish there was, as it would’ve made dining experience in restaurants much smoother*.