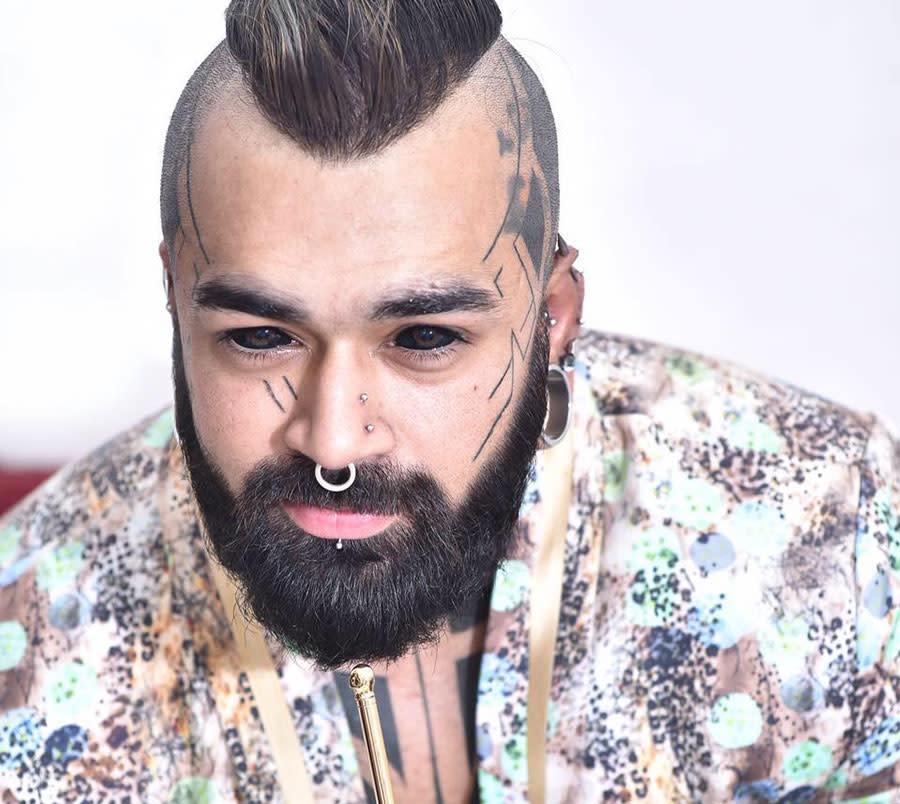 A 28 year old Delhiite, Karan, who is a professional tattoo artist and piercer, just went a lil overboard and got his eyeballs tattooed! WTF?! He’s the first ever Indian to get their eyeballs tattooed EVER! No Kidding!

Eyeball tattoos, also referred to as scleral tattoos, are a relatively new extreme body modification where needles inject ink into the whites of a person's eyes to permanently dye it a different colour! As scary as that sounds, it’s apparently a thing these days, folks!

Get This | Karan got his first ever tattoo at the age of 13 and at 16, he started tattooing as a hobby and soon had his own studio! At the moment, he’s got uncountable tattoos on his body and a whopping 22 piercings! WOAH! His full body suit is a canvas for him - a canvas for him to experiment with his artwork. Soon, his entire body will be covered in tattoos!

The procedure, which cost lakhs, was done by an Australian tattoo artist who Karan claims invented eyeball tattooing, at a tattoo studio in New York. In the whole world, there’s only about a couple of hundred people who have this tattoo, and he’s the first in India! When asked about the pain factor, he just says one thing - nothing can hurt him ever.

As daring as he is, we’re pretty stoked seeing this - what’s your take on the matter? Tell us in the comments below!

Check Out His FB Page | https://www.facebook.com/tattoographer