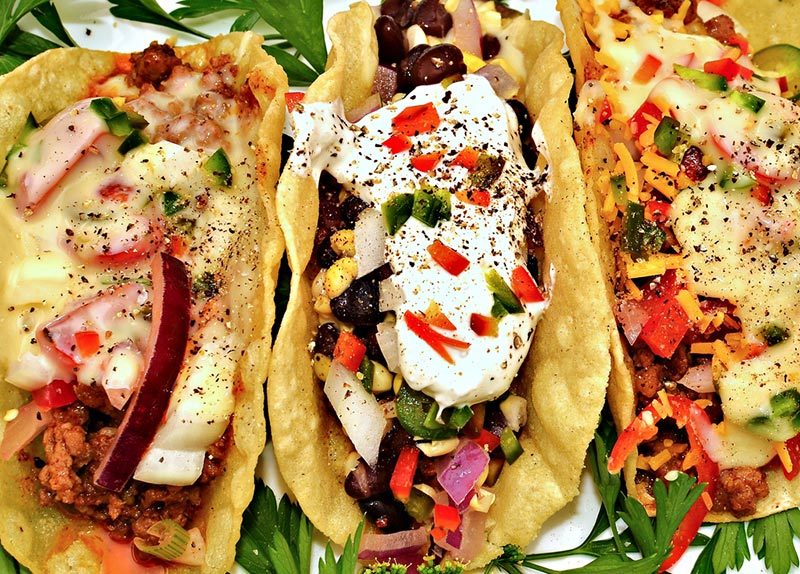 These Tacos Have Got A Desi Twist & We're Loving The Desi Tadka @ The Arena, Ansal Plaza

Image for  representational  Purpose only

When tacos first appeared in town, not many were too enthu to bite into these “oddly shaped papads with filling”. Fast forward to this day, and we’ve already tasted a zillion versions of these! So while we’re at it, why not take a look at this equally yummy rendition of the Mexican taco with a desi makeover?

The Arena situated in Ansal Plaza does some great Continental, Asian & North Indian preparations. The place is high on energy and is just the joint to head to if you wanna spend an eventful evening with your buddies!

Chicken Tikka Salsa Tacos | We came across their Chicken Tikka Salsa Tacos and we gotta say, it’s worth a try. Help yourself to one (or seven) of these and it’ll taste like a disco of flavours. The fiery chicken tikka spiced with all those herbs, the refreshing pico de gallo salsa topped with sour cream in a corn tortilla are just the flavours we crave for in the summers.