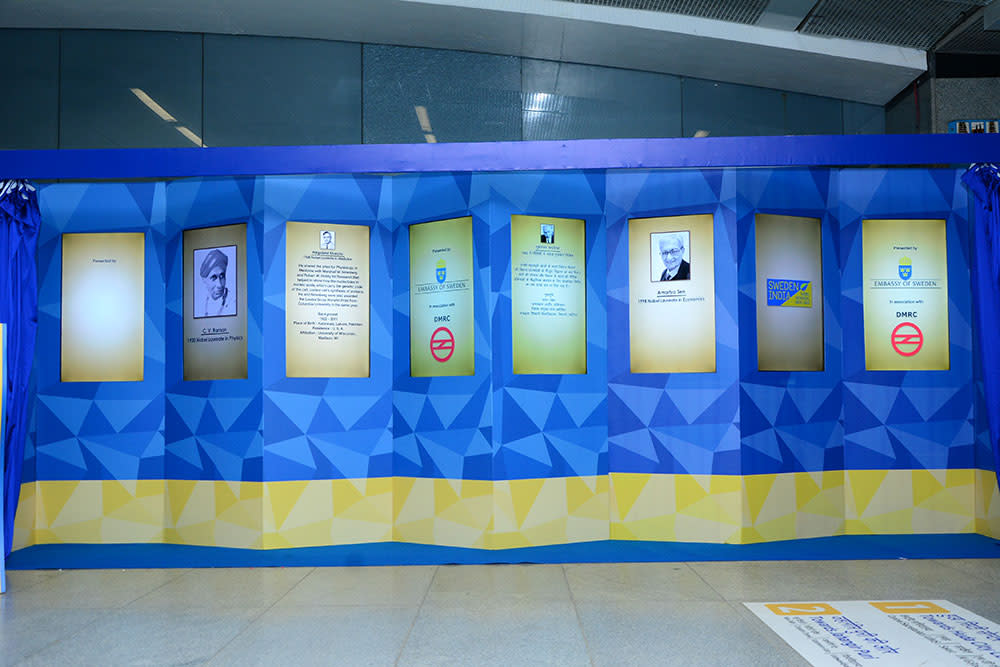 Delhi Metro has installed a Nobel Memorial Wall at Rajiv Chowk Metro Station for the 7th time in a row and it’s up for everyone to go check out! The wall was set up in association with the Embassy of Sweden on the occasion of Sweden India Nobel Memorial Week and will be up till the 7th of November. Nice!

The aim for doing so is to instill awareness about all the Nobel Laureates from India and their truly significant contribution to society. The wall will have a portrait of Rabindranath Tagore, C.V. Raman, Har Gobind Khorana, Mother Teresa, Subrahmanyan Chandrasekhar, Amartya Sen, Venkatraman Ramakrishnan and Kailash Satyarthi selected through a painting competition organised by the embassy!

The wall has been up at Rajiv Chowk Metro Station which is a major interchange point that sees enormous footfall, hoping for better reach.

So next time you’re at Rajiv Chowk, do drop by for a look-see!