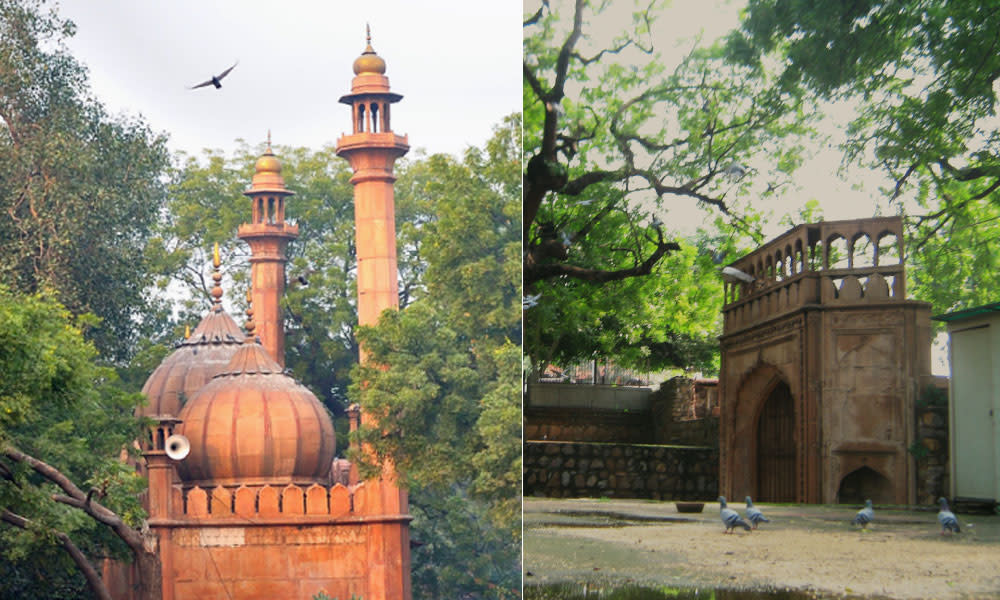 The Red Fort is one of the must-visit attractions in Delhi and also one of the most prominent symbols of this country. But the neighbourhood of this colossal Fort also contains several smaller attractions that may go unnoticed at times. The Sunehri Masjid (Golden Mosque) is one of them. You can see it just before entering the Red Fort compound via the Delhi Gate. Come, follow us in! 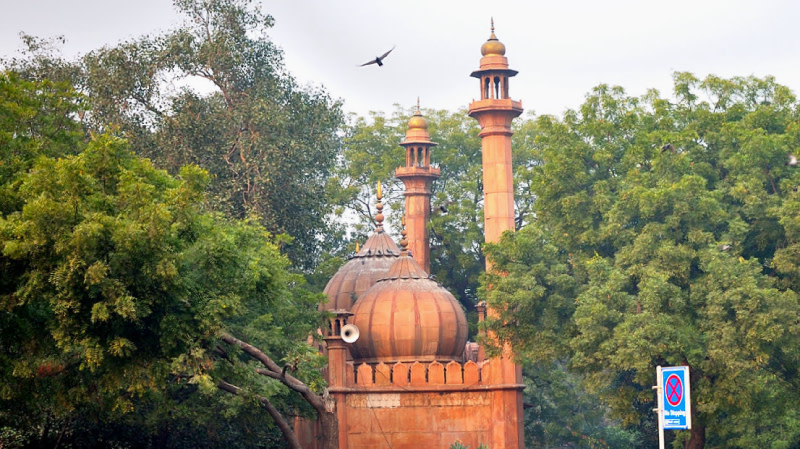 The Sunehri Masjid was built by Qudsiya Begum, mistress of Muhammad Shah and mother of Ahmad Shah in A.D. 1751. She was known to have a keen interest in architecture and was also responsible for a huge garden on the banks of Yamuna, although that one no longer exists. She used certain types of salmon coloured stones fitted with copper plates to get that distinctive look.

It was later renovated by Bahadur Shah II in 1852 but he somewhat modified the original form of the mosque by replacing the damaged copper plates with sandstone. Nevertheless, he made sure that the reddish hue of the copper plates was well imitated and so it’s not really possible to pinpoint which parts were replaced. 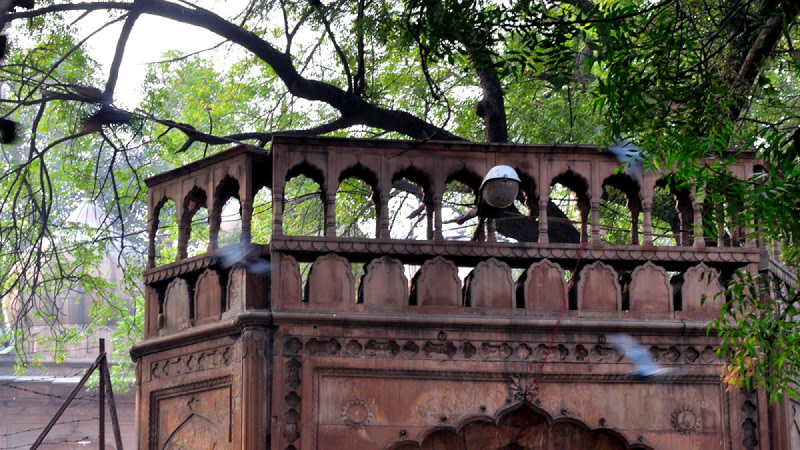 The mosque still lives up to its name as its golden domes still shine brightly and are visible from a distance. It consists of three domes flanked by two tall minarets on both sides. The elevated foundation upon which the mosque is based has to be entered through a gate which is also intricately sculpted; the central arch bears an inscription containing information about the builder of the mosque and its construction dates.

Be Mindful Of Other Praying Souls 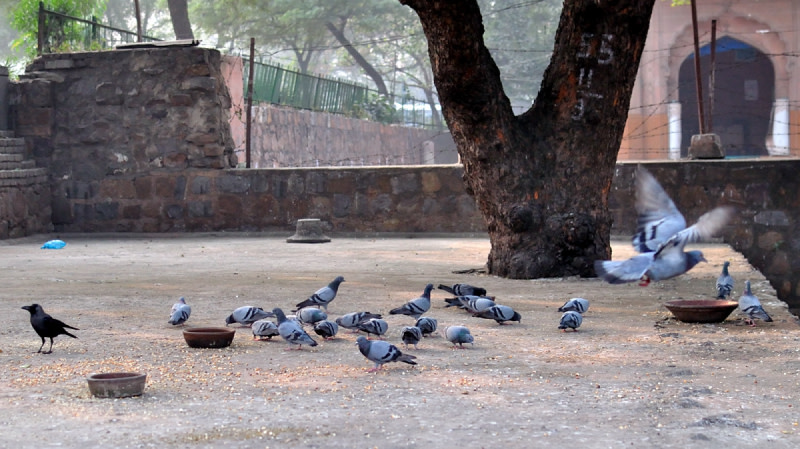 Pigeons find a safe haven here, just like in any other mosque. The inner compounds of the mosque are, of course, still used for religious purposes and so you are expected to exercise discretion while going inside and you should not disturb people who are in the midst of offering prayers. You are also supposed to leave your shoes on the stairs before entering the compound through the gate. 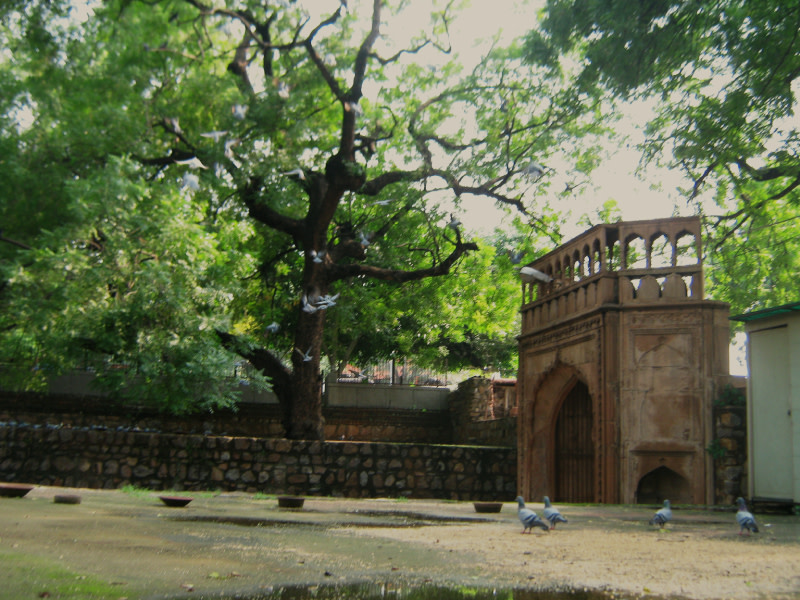 Firstly, make sure that you do not mix up this mosque with Sunehri Masjid in Chandni Chowk. That one is not very far away and has golden domes too, but they are two entirely different structures and in fact, both of them are worth visiting.

Secondly, it’s located near the Delhi Gate of Red Fort, which is the secondary entrance to the Fort. The Lahori Gate of the Red Fort is considered to be the main entrance and most people enter the Fort Complex using that gate, which is why you may easily miss out on this mosque.

Come on by if you find yourself in the vicinity and want to explore a lesser-known historic gem!