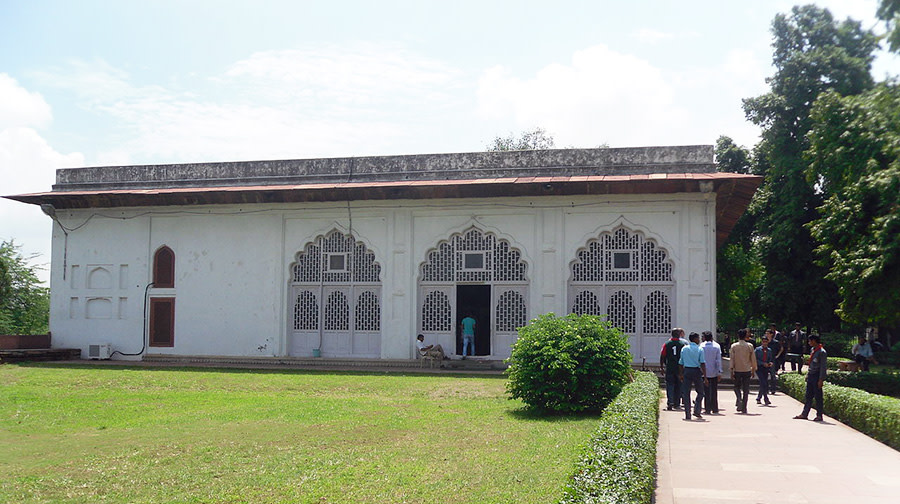 A trip to Delhi can never be considered complete without a visit to the Red Fort. Already much has been written and said about its grandeur and historical significance. Amongst many other mahals (palaces) built inside this fort, there lies the Mumtaz Mahal Palace. Named after the beloved queen of Emperor Shah Jahan, this palace is the largest inside the fort. In this mahal which is named after the Empress of India, one comes across a slightly laid-back museum, better known as the Red Fort Museum. 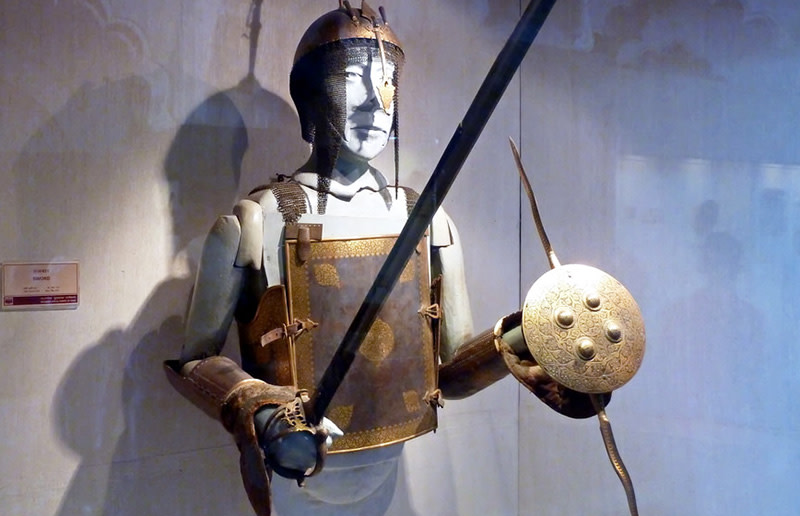 Run under the aegis of the Archaeological Survey of India, the museum consists of paintings, artifacts, murals and statues belonging to the medieval era. Built in 1974, the primary objective of this museum was to collect and showcase exquisite pieces of art reminiscent of the glorious Mughal period, however, subsequently it has evolved into a museum displaying exhibits from other annals of Indian history as well. 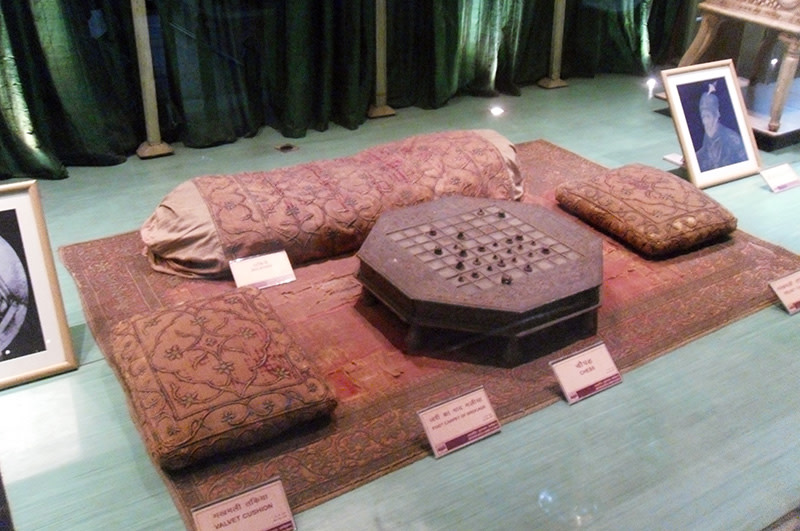 The entire museum has been divided into sections/galleries (six in all), each solely dedicated to a particular period. One section is dedicated to 2nd and 3rd century artifacts and antiquities whilst another section is a compilation of all the artifacts - coins, seals, bronze statues, upholstery and rock edicts from the Indus Valley Civilization. Primitive devices used to make astronomical calculations are also showcased here. Another section concentrates purely on the relics hailing back to 1857, the First War of the Indian independence. 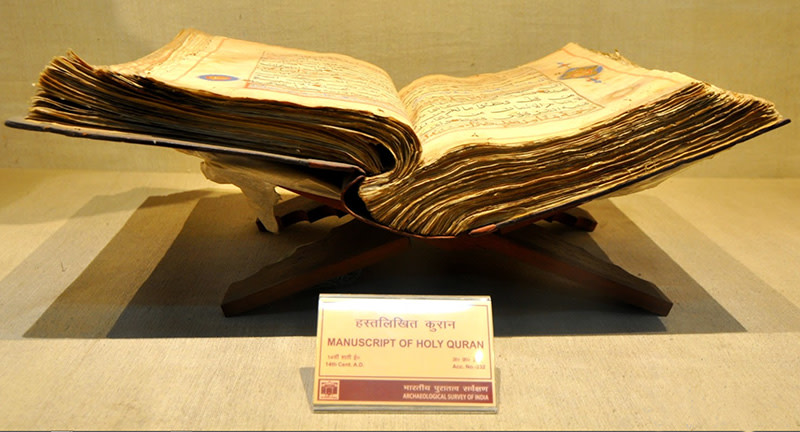 As one further explores the museum, one notices that it happens to focus particularly on the Mughal period. A segment is dedicated solely to Bahadur Shah Zafar and comprises the preserved pieces of his renowned ghazals (poems). The collection is truly a delight to see! One can also see here the pen holder, ink pot and a perfume sprinkler belonging to the last Mughal Emperor. 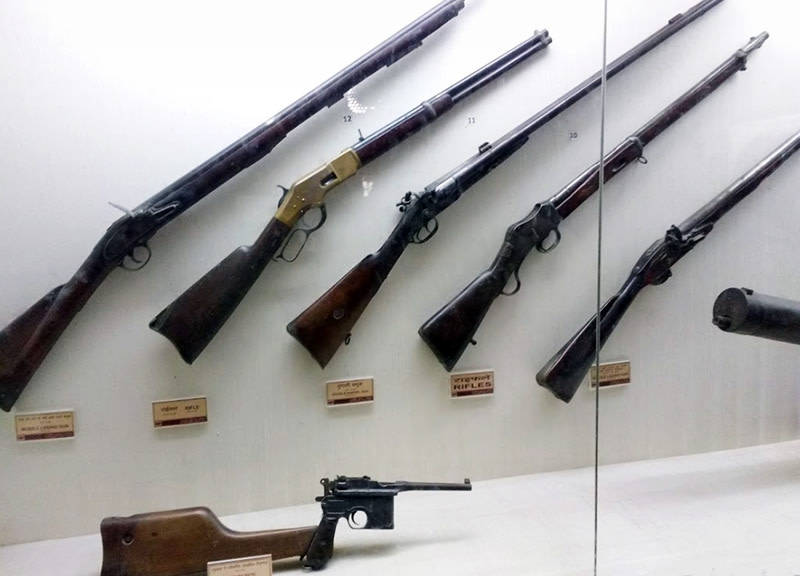 The manuscripts on view show exemplary calligraphy in Arabic and Persian. Some of the exhibits also show the royal attire and jewellery adorned by the Emperors and Empresses of the period. Intricate fabrics and ornate textiles remind us of the lavish golden period of the Mughal reign. The finest collection of weapons - swords and daggers etc., signifies the military strength and pugnacity of the Mughals. Thus, this museum can be called a museum of museums. The ethereal collection is sufficient to quench one’s thirst for momentous knowledge about India’s glorious past.

More Than Just A Museum 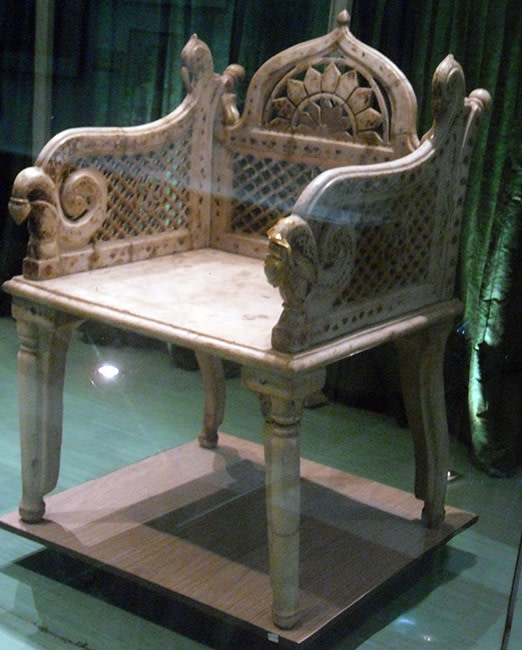 It also conducts workshops and meets to facilitate tourists from around the world by giving them cognizance about the essence of Indian history and the amalgamation of cultures that have existed here since many centuries. The diversity on offer is unprecedented!

Open on all days except Mondays and govt. holidays, this museum gives an in-depth insight into Indian history during the medieval and post-medieval era. Not a place for the frivolous, the museum encompasses each and every minute detail that could be of historical interest to a history geek or general museum lover.

A must visit, if you happen to be inside the Red Fort; you’ll definitely enjoy this royal historical ride!