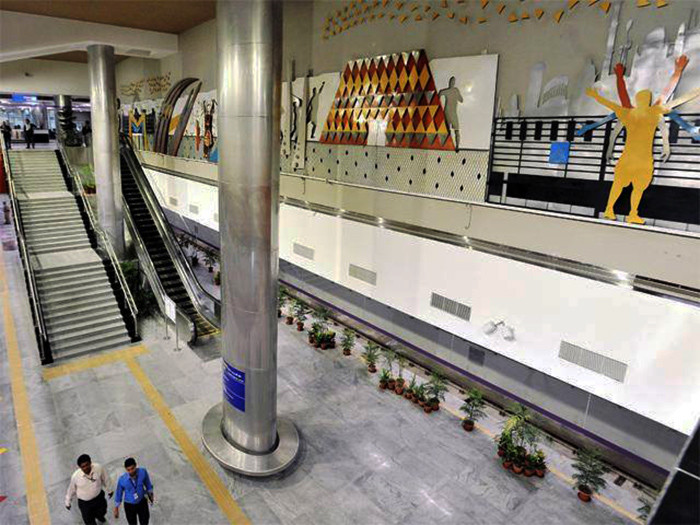 The New Year Brings Something New - Get Ready For The Refurbished Delhi Metro Stations!

It’s been awhile since we talked about the Delhi Metro, thus here is it, the metro stations in Delhi will soon be a treat for the eyes of all the commuters! Life-size artworks, glossy walls and a unique honeycomb design for ventilation will be adorning the new metro stations being set up on the Pink Line (Majlis Park to Shiv Vihar) and Magenta Line (Botanical Garden to Janakpuri West).

The interiors of these stations will have funky artwork including paintings and photographs all over the place to lighten up the station a lil.! The Bhikaji Cama Place station has already been painted and the Lajpat Nagar one is next on the list.

Up till now all the artworks were installed in the underground bit of the stations but now they’re planning on doing up the elevated corridors too. There will be ‘Jaali-like’ additions to the stations allowing ventilation and natural sunlight, plus metal sheets will clad the elevator area to provide a sense of security to the commuters!

A total of 654 images were received from 50 artists across India and about 365 have been selected for the metro stations! That’s a lot of pictures!