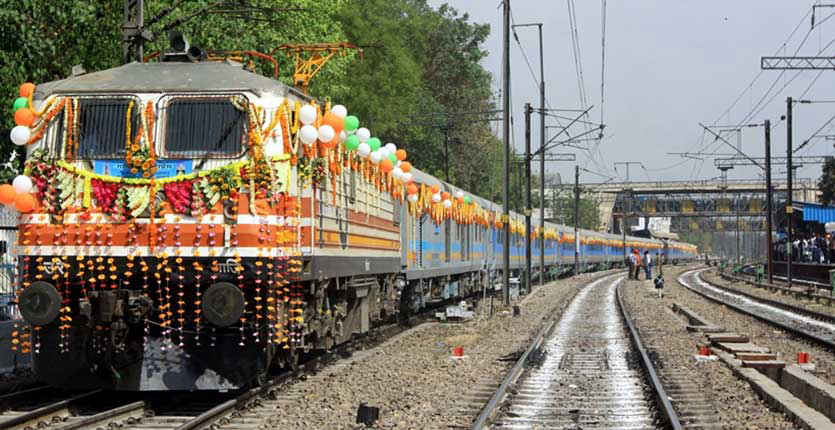 Everybody is juggling their vacay schedules and setting their compasses to Agra as the Gaatiman Express has finally hit the tracks on the 5th!

The latest news is that the train would not be originating from the New Delhi Railway Station, but instead would be running from Nizamuddin Station to Agra so as to complete the distance in 100 minutes (awesome!).

Another factor is that it'll gain speed only in the Agra - Tughlaqabad region of about 160 km/h and prior to that, it'll run at the speed of 120 km/h.

Also, as proposed, there will be train hostesses at your service and the fares would be higher than that of your usual Shatabdis. Hop on and you'll be unwinding at the Taj Mahal in no time!