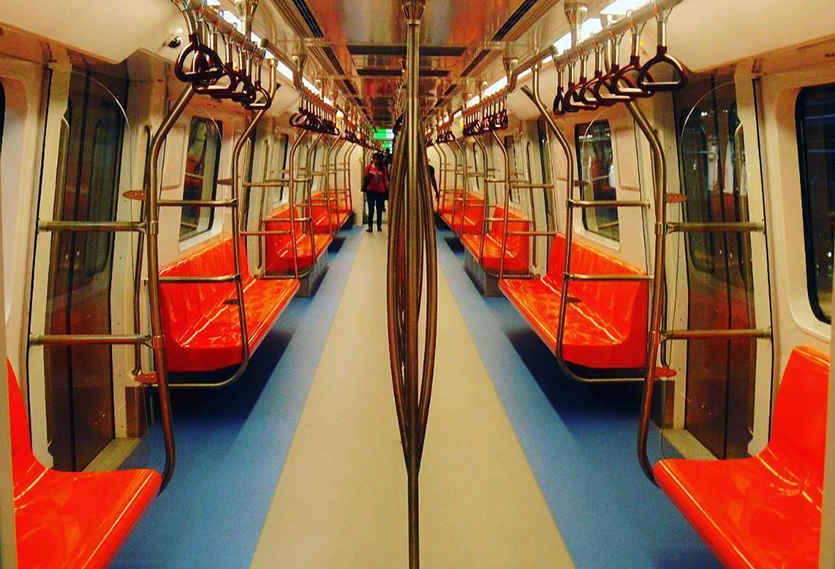 It's been over a year now that we've been hearing about these awesome, super high-tech driverless trains but now it's finally a reality and they've been tried, tested and launched!

Hold your horses though - so although they've been launched, they will only ply on Phase 3 of the network, which only would be operational by the end of 2016.

These trains are quite unusual (and awesome) with every coach car having different coloured seats. For instance, the ladies coach has pretty pink seats which is super adorable! LED screens have been installed, in addition to full-equipped wifi apparatus.

Can't we just ride these splashy trains already? Waiting for them to be up and about!

Information as seen on Hindustan Times