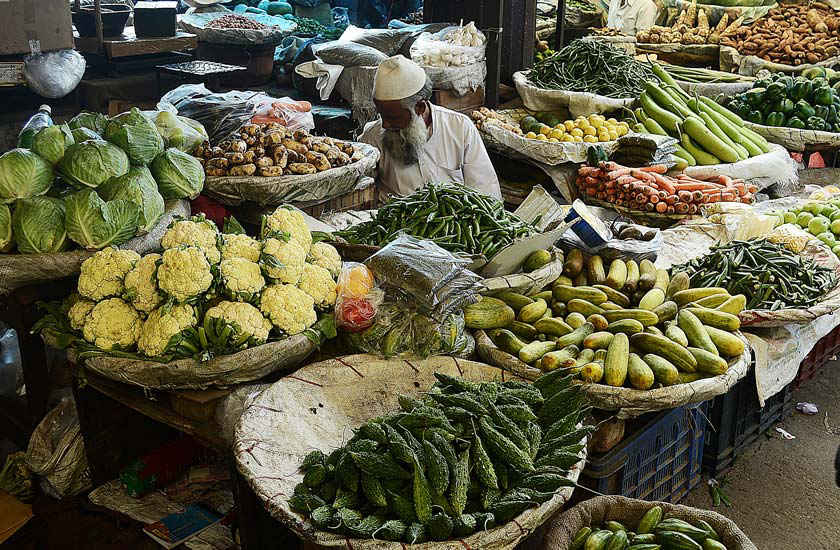 Amidst all the chaos of the street vendors running here & there, shopkeepers shouting out their prices at the top of their lungs, loudspeakers playing out the namaaz & the occasional fights breaking out between customers and the vendors, you'd be able to see a blue board reading 'Fruit & Vegetable Market Sub-Yard, Okhla' which is also commonly referred to as the Okhla Sabzi Mandi. 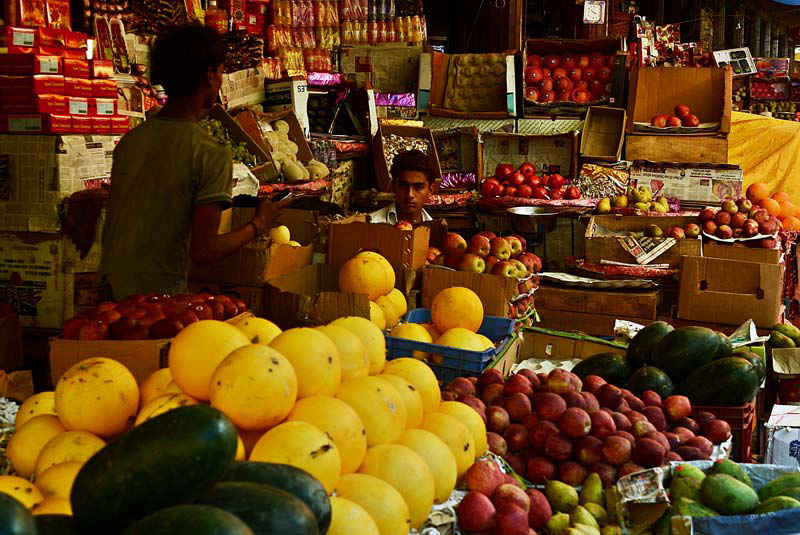 This market is very famous for its wide variety of vegetables & hearty, fresh fruits. It's considered to be one of the largest vegetable markets in the city and is also the focal point of distribution of the vegetables to all other markets in South Delhi. It is equally important for the neighbouring areas of Delhi such as Ghaziabad, Faridabad, Noida & Gurgaon.

The Okhla Sabzi Mandi came into being in the year 1987, when it was developed by the Delhi Development Authority (DDA) and was then handed over to the Agricultural Produce Marketing Committee. The Mandi is spread over an area of approx 10 Acres & it houses around 300 shops selling assorted fruits & vegetables. People eager to buy fresh green groceries at throwaway prices throng the Okhla Sabzi Mandi, which starts as early as 5 AM in the morning & continues to buzz with full vigorous activities till late evening. 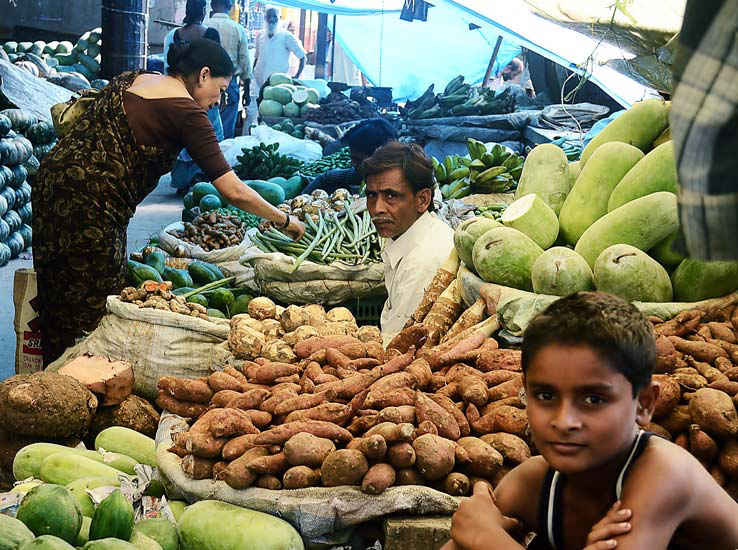 Due to the immense competition between the vegetable vendors, usually the prices are kept at a minimum low & very often the bargaining skills of the consumers are put to test. Though the sight of so many beautifully-arranged vegetables is overwhelming, the surroundings are not as heartwarming. One has to struggle to make one's way out of the huge swarming crowd which seems to be endless. Wallets and mobile phones have to be repeatedly checked as to whether they are still present in your pockets, as numerous hawks are continuously roaming & eyeing you in the crowd. 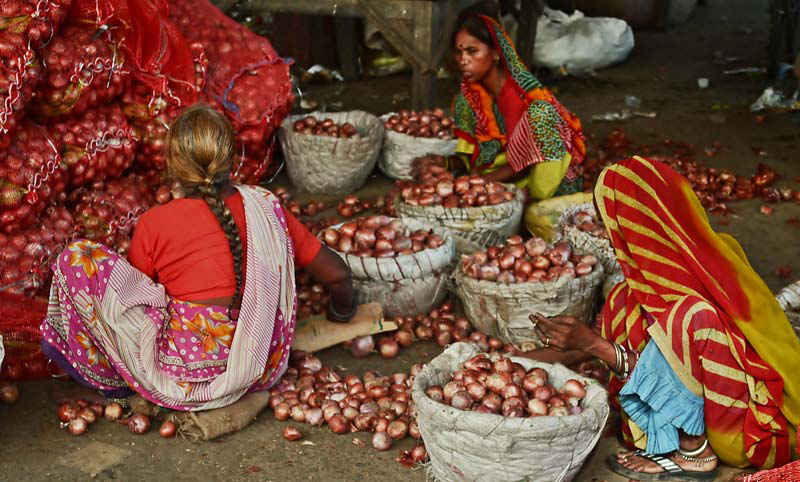 Many a time, farmers come to the Mandi to sell off their produce. Since the transaction of the vegetables is in large quantum, rotten vegetables can be seen strewn around on the boundaries of the market. Hence, cleanliness has emerged as one of the main issues of Okhla Mandi as once you step out of your vehicle, the foul stench immediately hits you. And God forbid if the rain gods decide to oblige us, the conditions become much worse. The authorities clean up the area once every six months, it seems and although many vendors try to keep their surroundings clean, this does not help much.

Despite all such factors acting as obstacles, the Okhla Sabzi Mandi works hard & tries its best to cater to the demands of its beloved & loyal consumers. The dedication is such that selling vegetables & fruits has become a family profession for many! 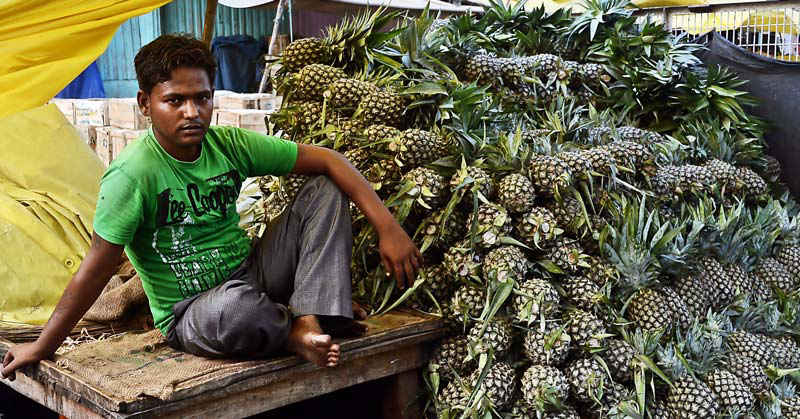 Located in the Okhla Industrial Estate, it can be reached by car, a taxi, a bus or even two/three wheelers. The best way to get there would be by taking the metro, the nearest metro station is the Kalkaji Mandir Station located on the Violet Line.

So when you're looking to stock up on fresh, wholesome veggies and fruits for the month, you know exactly where to head to!