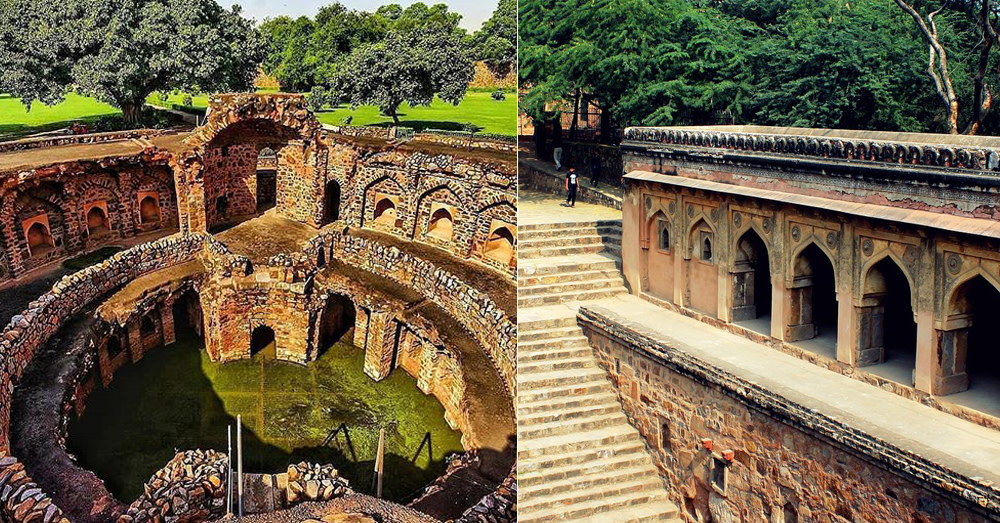 For the hermits and the uninitiated, the term ‘Baoli’ refers to a man-made water tank. Even before the modern world woke up to the perils of depleting freshwater, our ancestors had already realized the importance of conservation. Years ago, Delhi had hundreds of baolis which have now dried up or been covered and here we take a look at the most precious baolis to be found in the city today! 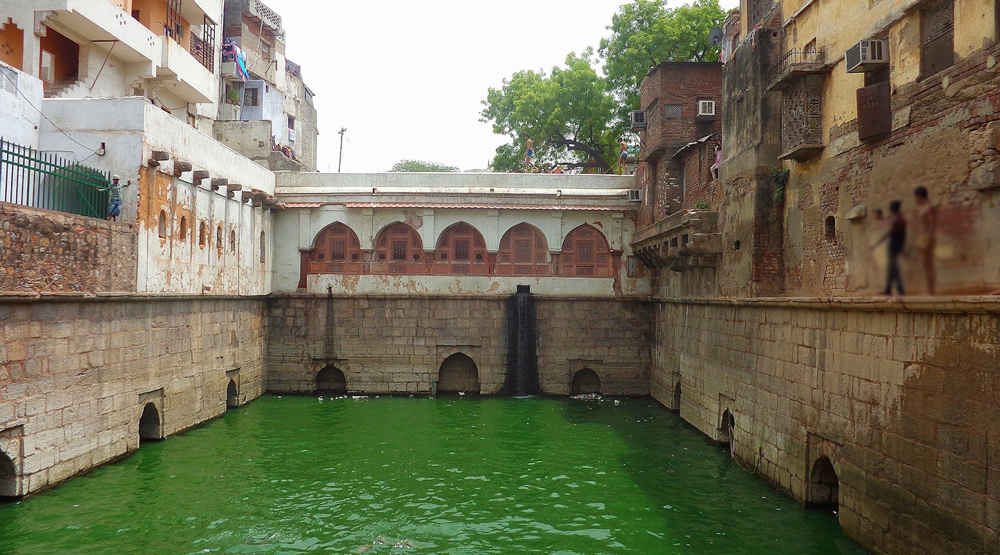 Dedicated to the legendary Sufi saint who made generous use of this water tank, it lay in ruins and was all but forgotten till the year 2009 when the Delhi administration undertook a massive clean up exercise and repaired the crumbling edifices of the Baoli. Today this is one of the few remaining baolis which despite its 800+ years of history, actually has an active underground spring. 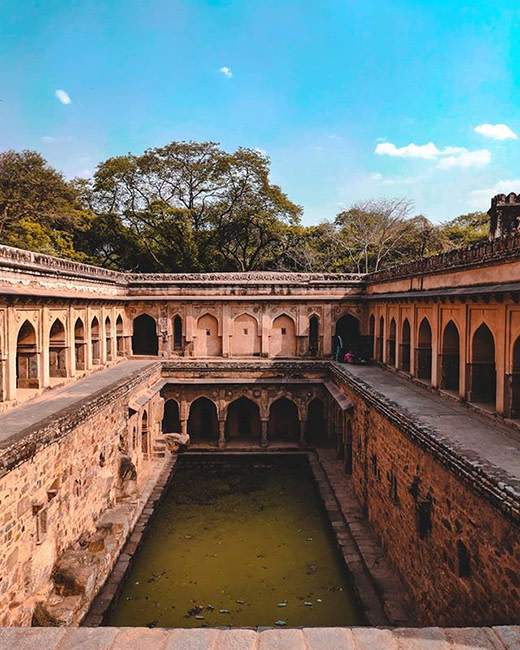 The Rajon ki Baoli, deriving its name from the word masons is a 3-storey stepwell that has made its own niche as a relic of the last pre-Mughal dynasty - the Lodhis. It is believed to have been built by Daulat Khan during the time of Sikander Lodhi. To watch the mysterious structure unravel its secrets with each step is an experience that is not to be missed! 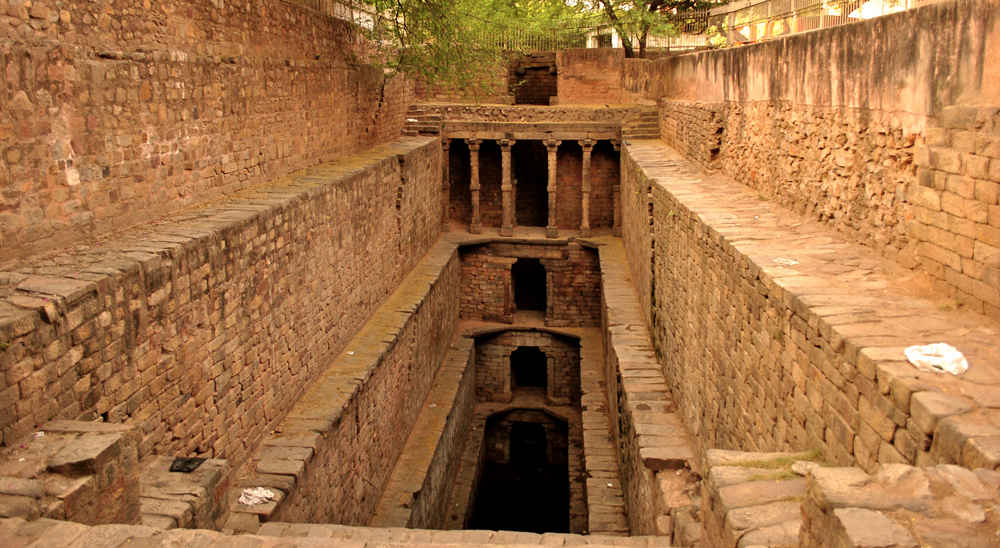 As the name suggests, Gandhak ki Baoli in its heyday was full of water bearing the healing powers of sulphur. Today it doesn’t even have a drop of water and lies in ruins, surrounded by roadside eateries and shanties. It’s located at one edge of the vast Mehrauli Archaeological Park and remains a testament to the ruins of a settlement that had developed in the 16th and 17th Century! 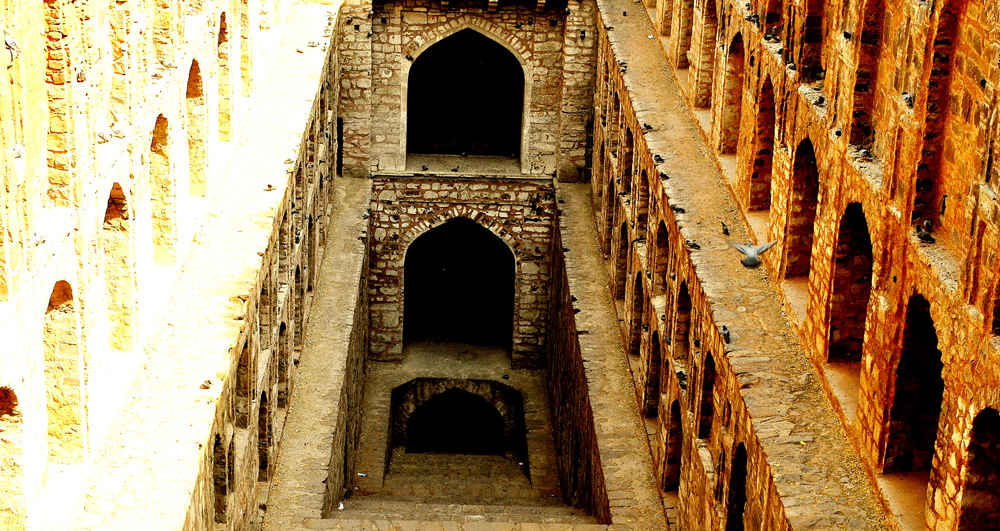 Agrasen ki Baoli or Ugrasen ki Baoli on Hailey Road, off CP, is a gem of a discovery for the traveller looking for lost histories and forgotten monuments. It was rebuilt by the Agarwal or merchant castes in the 14th century. Three levels deep, with 104 steps leading down the stepwell, this baoli has wonderful arches and niches. Go explore! 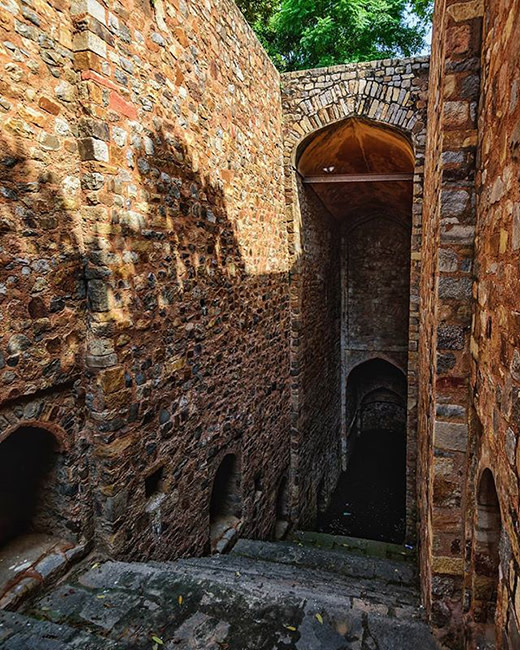 The fort, believed to be the capital of the Pandavas has three arched gateways and the Bada Darwaza (Big Gate) facing the west leads directly to the Baoli. A narrow flight of 89 steps, separated by 8 landings and going down to a depth of 22 meters makes up its step-well. Built in sandstone, the position of each landing is marked by recessed niches on sidewalls. Just wow!

Where | Mathura Road, Near Delhi Zoo

Out of the 13 Baolis which were constructed in the 14th century upon the order of Ghazi Malik, only 2 survive till date in the fort. The remaining baolis have died owing to human-made smoke; some ruins still lie in the background of the rural villages.  At present, the existing two baolis are situated on either side of the fort - at the east and west side and are so worth the visit! 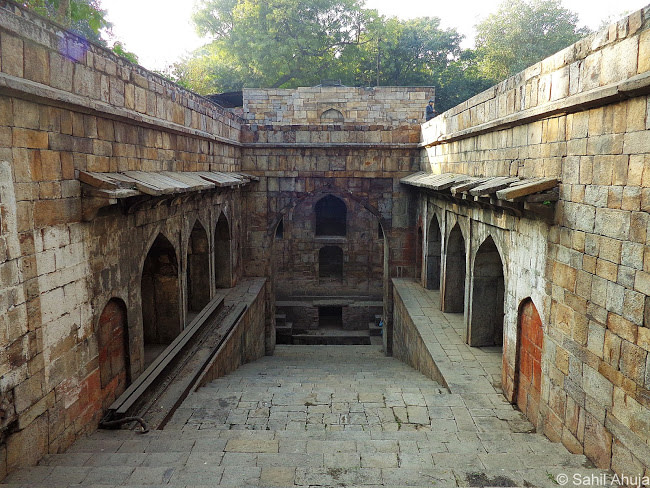 This opulent baoli dating back to the Mughal period witnessed a lot of havoc until it was restored by the ASI. It’s quite a unique structure made up of Delhi Quartzite with perpendicular staircases from two sides, lined with chambers at the intersection of which lies a pit, attached to the well. The entry here is usually prohibited, but hey, it’s still a picture-perfect spot! 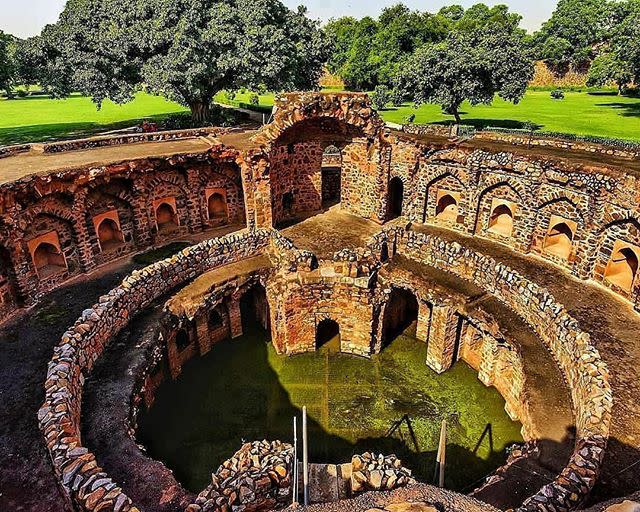 The Kotla Baoli stands out due to its distinctive circular structure. The original stone structure still looks formidable and it is now surrounded from all sides by iron grills for protection. The lawns surrounding it are well manicured and seasonal flowers provide an exotic look to the entire setting. Check it out! 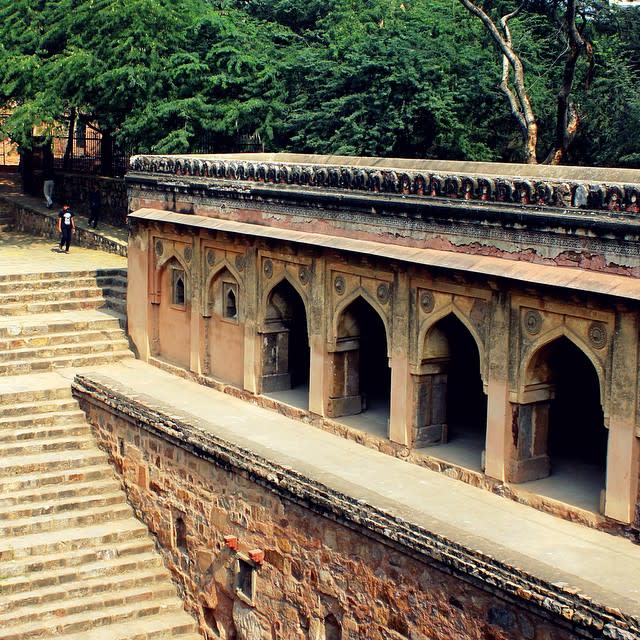 Located in Mehrauli, it is on record the oldest existing baoli in Delhi, dating back to the 10th century. Apparently, the queens would hold an annual event for almsgiving next to the baoli, at the behest of the king.

This is all that is known about the baoli that has escaped the notice of several plans for renovation and preservation - experience it in all its rustic magic!

Where | Near Jogmaya Temple, Khasra No. 1806, Mehrauli

Don’t forget to take along your camera and capture the grandeur of these places.