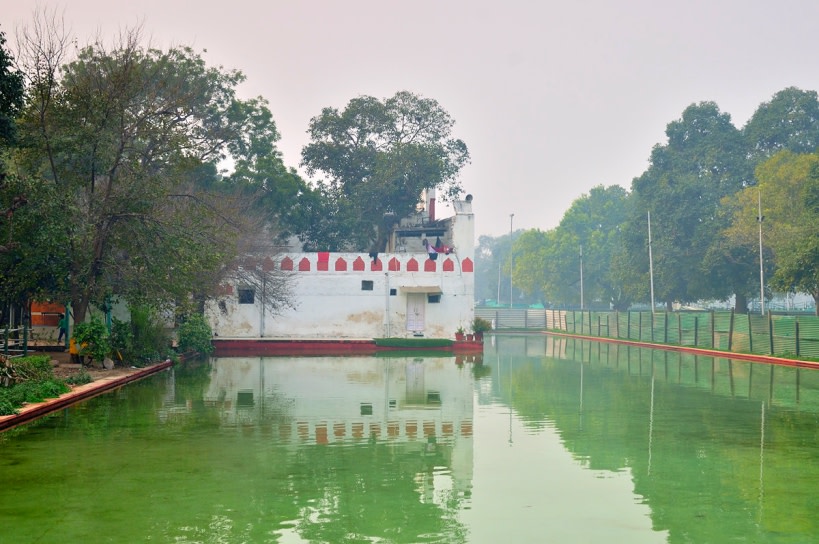 Shahi Masjid Zabta Ganj is prominently located at the heart of Delhi and yet, it’s more likely to go unnoticed under the shadow of its more famous neighbour, the India Gate. This is the location where every major event in Delhi, including the Republic Day Parade, takes place. Still, you’re more likely to just pass through India Gate and proceed to explore the rest of Lutyens Delhi without really giving much thought about the not-so-big, white structure that is often hidden behind trees as well as barricades put up for security reasons. But as a matter of fact, this place does have an interesting history as well as a unique look compared to other mosques in the city. Read on!

A Neighbourhood That Does Not Exist Today 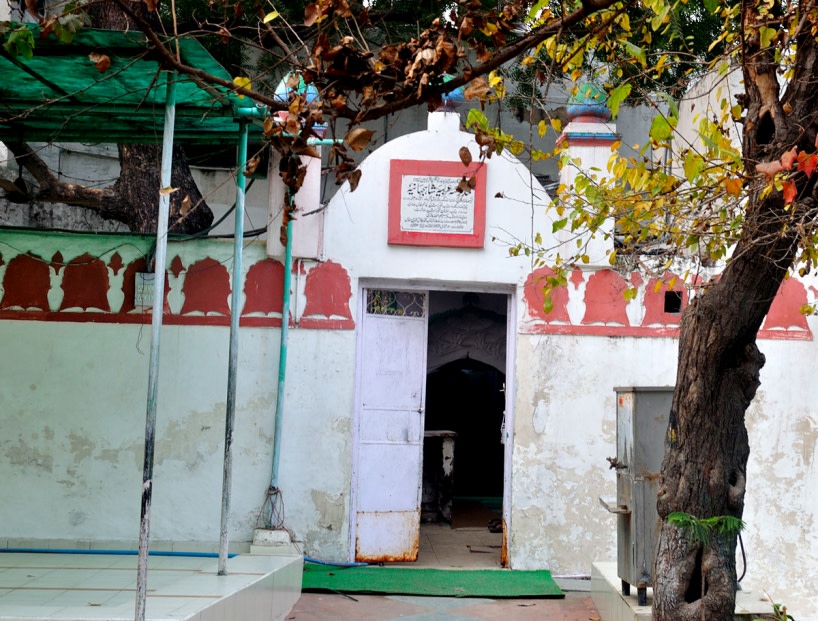 As the name suggests, Masjid Zabta Ganj actually used to cater to the entire neighbourhood called Zabta Ganj. It used to cover all the nearby areas up to Raisina Village. As New Delhi was constructed as the heart of a modern India, those old settlements gave way to government buildings and broader roads, but this mosque remained as the last symbol of that era. 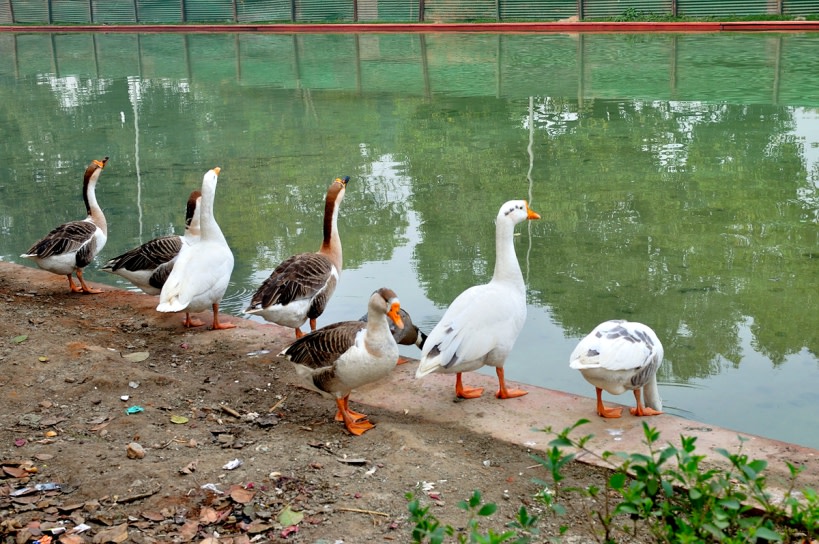 The mosque was built by Zabta Khan, who is better known as the son of Najib ad-Dawlah, the Rohilla chieftain who played a crucial role in the third battle of Panipat against the Marathas. The people living in the nearby settlements were relocated while the new capital was being built and hence the mosque was also abandoned for some time. But later on, it was renovated and an Imam was appointed to make it functional again. A small madrassa is also operational along with the mosque now. 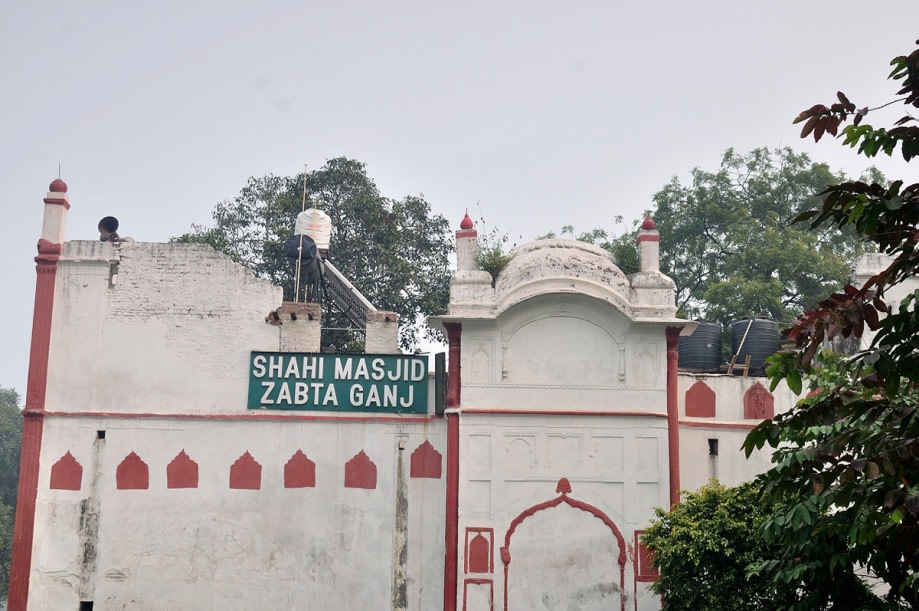 Masjid Zabta Ganj is a unique mosque as it does not really have the large dome-like structures and tall minarets of most other mosques. It’s a smaller and not so imposing structure with an understated design. The most visible aspect of this mosque is the water body that surrounds it from two sides.

While it’s bound by busy roads on two sides, the other two sides are separated from the vast open grounds of Rajpath by this pond. The reflection of the mosque on the water is a sight to behold, especially when the weather is bright and sunny.

There are small wooden bridges over the pond for people to reach the ground from Man Singh Road and they offer the best and unobstructed view of the mosque. The pond also hosts colourful swans and ducks to add to the overall ambience.

The mosque is easily visible from the road - as your approach India Gate via Rajpath, you will see it on the right side. You can club it with other attractions in the nearby area and a quiet stroll in the lush open fields for a nice afternoon, so do drop by when you can carve out some time for yourself!