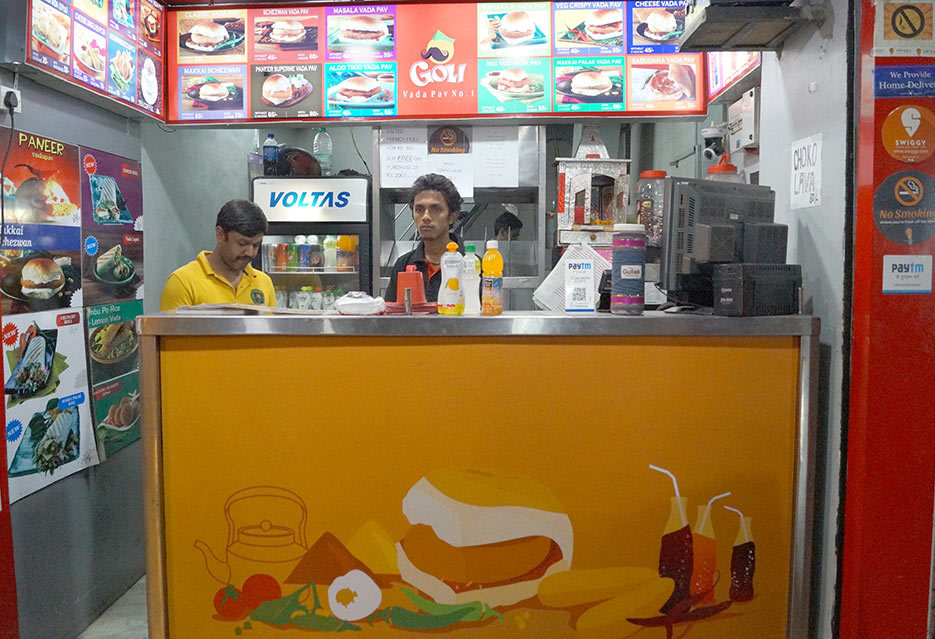 Our quest to discover something quirky always leads us to peculiar places. This time it took us to the busy lanes of Noida in search of food that originated in Mumbai and is making people crave it all over the country. Yes, we’re talking about the all-time favourites, vada pavs!

Miffed by the multiple U-turns we had to take to finally reach this place, we were unaware of exactly what was about to unfold in front of us. Located on the extreme corner of Jaipuria Plaza, a red board was lit up clearly bearing the name, ‘Goli’. 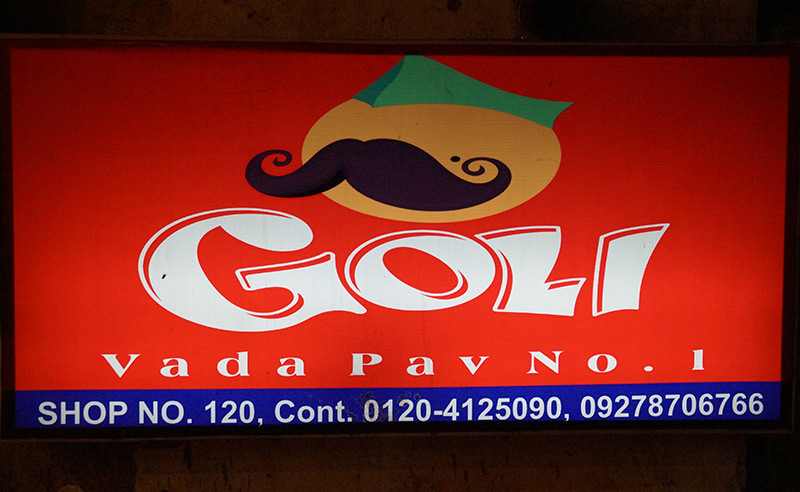 Founded in 2004, this place is a gem that’s been hidden for quite a while now - but no more! A small shop, with décor done-up using bright and vibrant colours, the place is primarily a takeaway joint. They also have long tables laid just outside the counter for their patrons to devour the delicacies offered here. Despite the space constraint, there is ample space at the counter and a major area of the shop is dedicated to its kitchen. The highlight of the place has to be its hygiene factor, which remains the top priority of the employees as well as the chef. Nice! 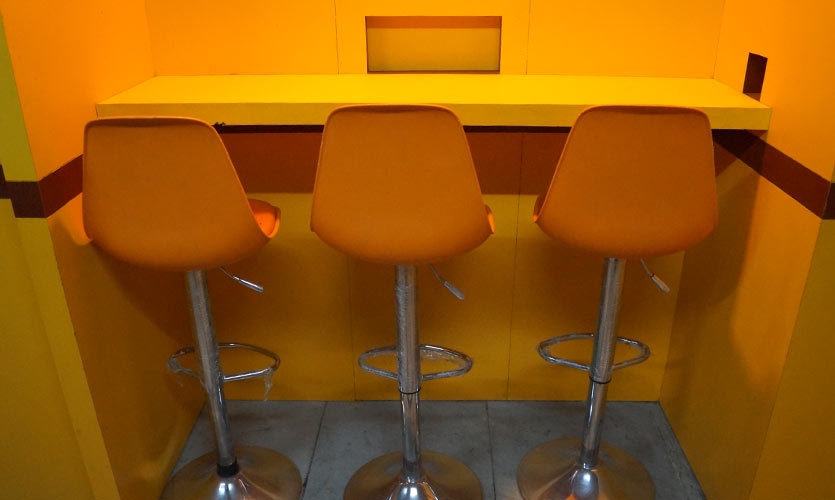 Their menu comprises of flavours to suit the varied requests of Delhiites, apart from the classic version of Vada Pav. Confused about what to order, we settled for the following: 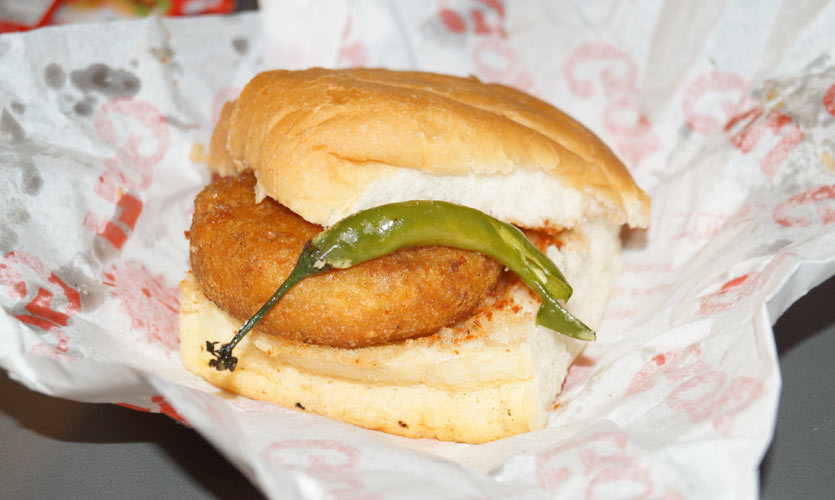 This was the basic version of vada pav and hence became a mandatory item to be tried. The chef passed with grace marks in getting the flavour congruent to the original vada pavs found in aamchi Mumbai. The vada, made by combining mashed potatoes, minced onions, capsicums and peas, was evenly boiled and hardly left any traces of oil, which was great. The vada was soft, pulpy and with every bite we could feel the slight hint of spices used in preparing the mixture. The Classic Vada Pav lacked the spiciness which we were really hoping for! 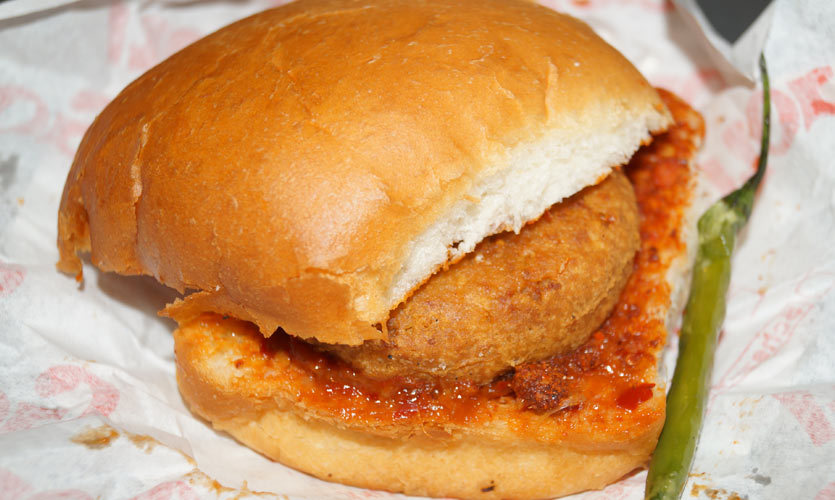 The crater created by the classic version was filled by this version! The place boasts of serving the spiciest vada pav in town and we couldn’t agree more. The first whiff of this item left us salivating and the first bite left us fighting for the last drop of water. The vada used in this variant was the same as the one used in classic variant. The major role was played by the schezwan sauce, prepared in-house and brushed on both the sides of the bun, making it extra spicy - yum yum! 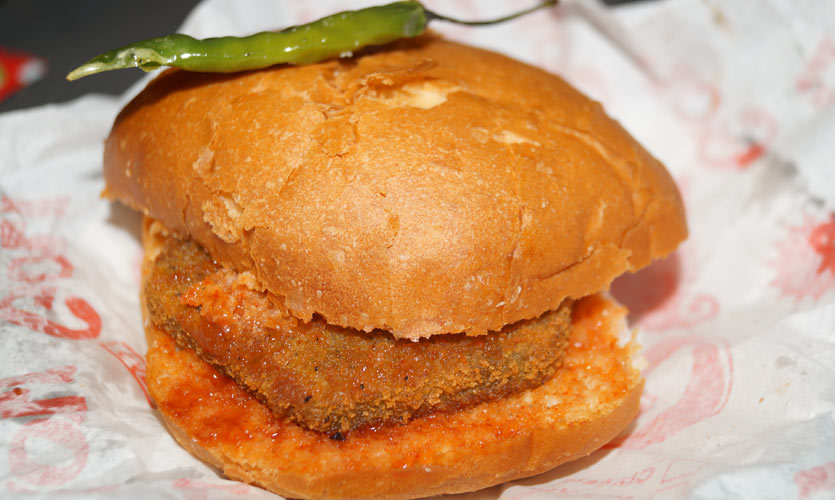 We were curious to know what was distinctive about this version, as it was larger in size and had a higher price tag. Apparently the vada/tikki used in this variant is different, a tad spicier and is made up of mashed potatoes only. Even the buns used in this version were different and the use of gunpowder between the buns made us splurge on it! The first bite of this item gave us all the returns to our investment. Though the essence of vada pav was lost, yet it was worth getting our hands on! 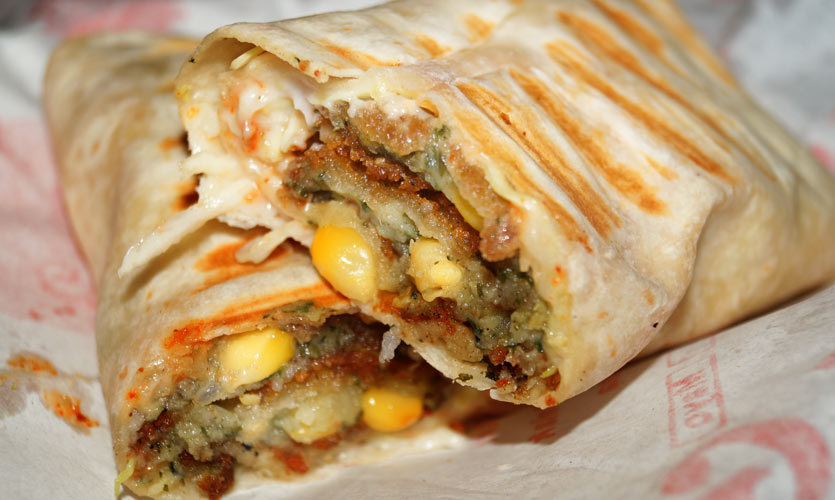 After trying the vada pavs, we began our quest to investigate what other items these guys serve here. We finally ended up ordering their Makka Roll. The roll comprised of tikki made of mashed potatoes and boiled spinach mixed with a unique blend of spices, along with boiled corn and cabbage and a rich layer of mayonnaise, all wrapped up in maida sheets before being grilled to perfection. The tikki was squishy from the inside and was amazingly crunchy on the outside. The flavour was optimized due to the presence of mayonnaise. You may also ask for mustard to be added in the roll, though we preferred the roll without it. 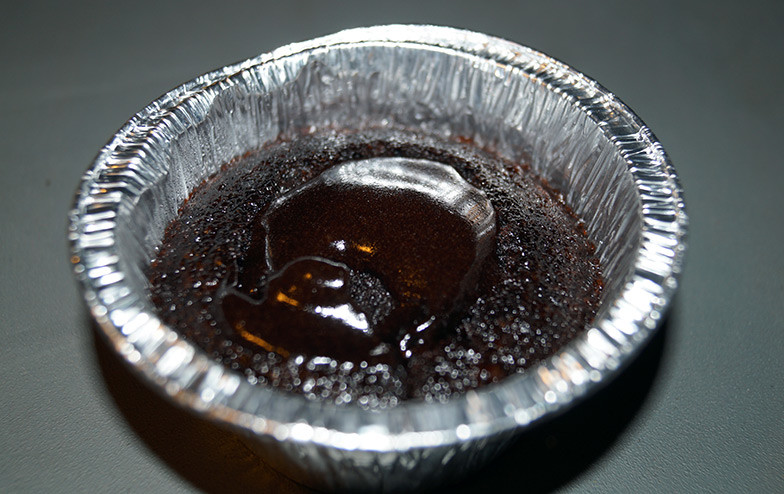 The cake took around 20 minutes to arrive, but it was definitely  worth the wait! The freshness was kept intact as it was baked right in front of us. Though the size seemed a tad small, the quality was not compromised at all. The sweetness, the dark texture, the mushiness and the filling of molten chocolate inside the cake was brimming with perfection. We loved the fact that the chocolate in the cake was not burnt and easily flowed the moment we scooped in!

Completely satiated, we can only suggest everyone to give the lavish and posh fine dining restaurants a miss, and go for street food here instead! Serving some of the best, hygienic and scrumptious items off their menu, this place surely seems to carve a niche in the favourite addas among all kinds of people. We would recommend to give burgers a miss and gorge on the Vada Pavs. Just a heads up, you might have to search a bit for this place, but do not shy away from asking for directions to this hidden gem. Happy munching!