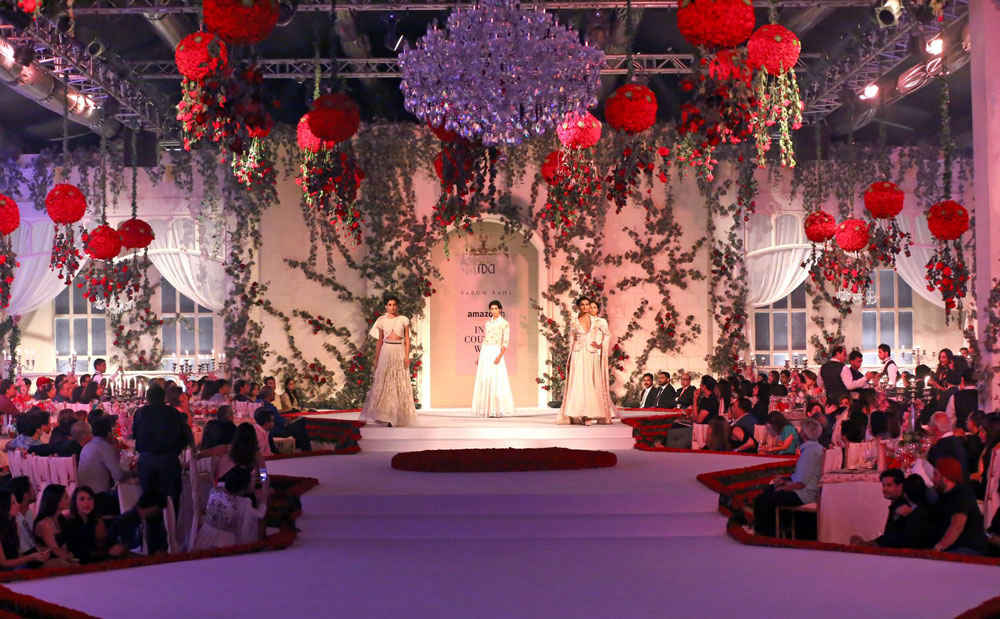 Whoever said that fashion wasn't something that they enjoyed, have definitely hadn't had the chance to be at the Amazon Fashion Week, and If you belong to such a category, you definitely need to beg borrow steal an invite for yourself and grace your presence at the most awaited, the phenomenal Amazon India Fashion Week Autumn-Winter 2016 in association with Maybelline New York.

Showcasing the fashion statement of 45 designers at this event, it will be their style that will speak at this 5 day event through 30 marvellous shows. And you haven't been lured enough already, we give you a good set of 7 reasons why you should definitely look forward to this event happening at the JLN Stadium from the 16th-20th March, 2016!

1. The Grand Opening by Varun Bahl 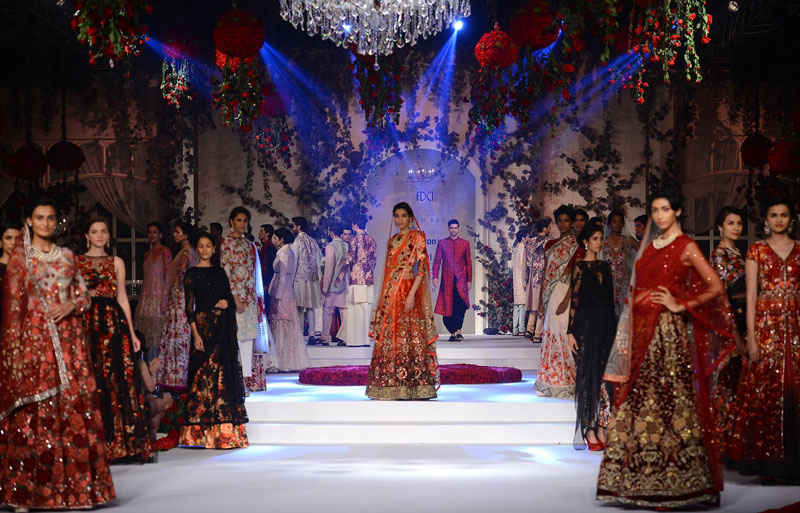 With Varun Bahl opening the show, no excuses will be good enough to not attend this fashion week. He is one of the true courtiers of the county and his embezzled fashion style is filled with glamour and sophistication! This year he is keeping his collection for the woman of today expressed through elegance, balance and proportion with contemporary embroideries and textures in warm colours inspired from flora and fauna. We can’t wait to witness all the glitz and glamour live! 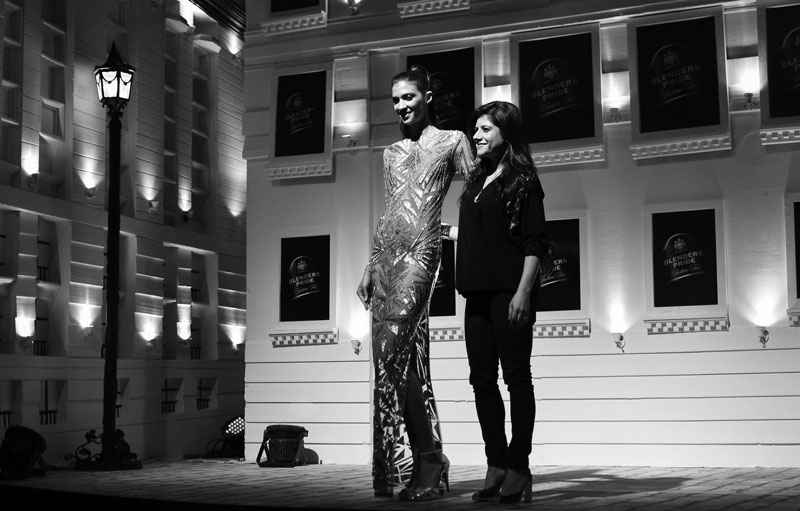 3. Accessory Fever for the First Time Ever 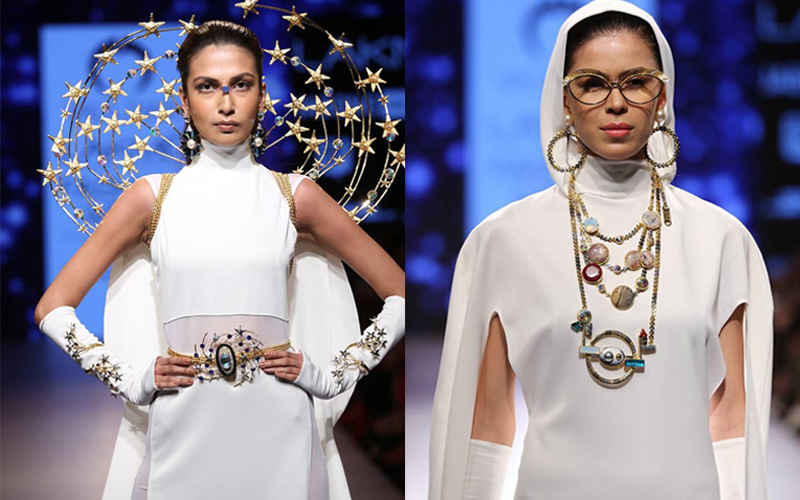 Diamonds, they say, are a girl's best friends but hold on, we love alternative jewellery just as much! Imagine coral shells, leaves, twigs, vintage coins, etc. all part of your accessory! Unbelievable, right? Not anymore! Witness three debut accessory designers adding a completely new dimension to the fashion week. We have, Sahai Ambar Pariddi, Valliya by Nitya and Vasundhara all ready to leave you dumbstruck as they have come up with their own interesting themes. Are we going or are we going? 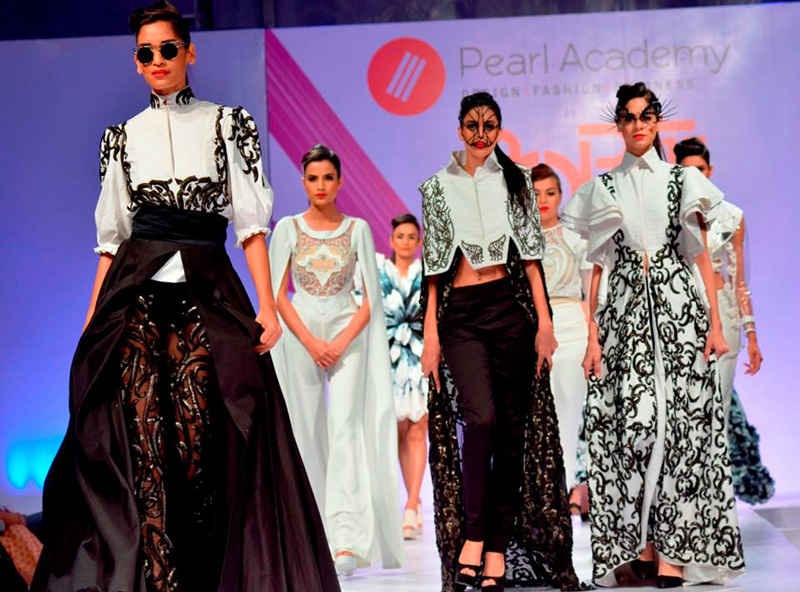 Any student of creative design wants to accomplish a name for themselves in the industry where you want to #besomebody, which is exactly the reason why Pearl Academy invites students for the #besomebody talk show wherein industry experts like Anju Modi, Nonita Kalra, and Phyllida Jay will speak about challenges, the opportunities and try and pave a path on how to be the champions of tomorrow. So if you’re somebody who wants to stand out of the crowd, you should most definitely brag yourself a pass for this one. 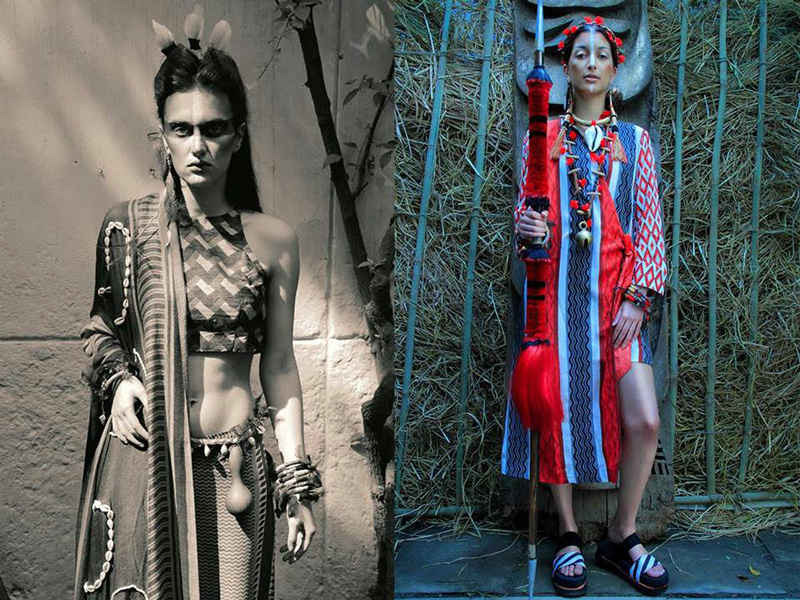 It's not everyday that a North Eastern state's culture is picked up for a fashion ramp, but this time it's happening and fashion designer Anupama Dayal is definitely going to rock the stage. She has rightfully titled her collection as 'Fight & Feast by Anupama Dayal', since new her collection targets the fierce warrior in every woman, who stands up for herself and for injustice. She has used the distinctive Naga Tribal colours of red, black and white along with accents of an ultra marine blue mostly on khaki and different blends of silk. 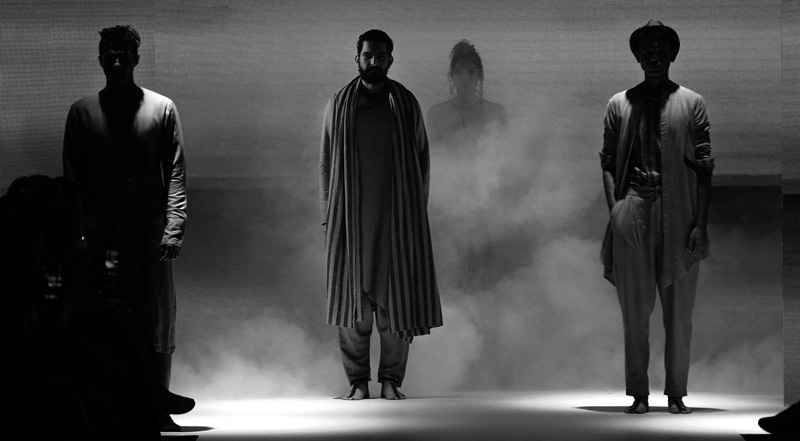 Thanks to FDCI, we will be seeing three young designers who will showcase their collections for the first time, in a specially curated menswear show. Each of them will get a chance to interpret themes in his own unique way. We have Antar Agni's Autumn-Winter collection titled 'The Red in Us' exploring the varied emotions that red exudes. Divyam Mehta drawing inspiration from trees & textures, bringing out a feeling of freedom in 'Into the Woods'. And last but not the least, Rohit Kamra's interestingly redefined royal look in 'Made in Jaypore'. We are definite these three will have a rocking show and we have our eyes glued on them. See you there, shall we? 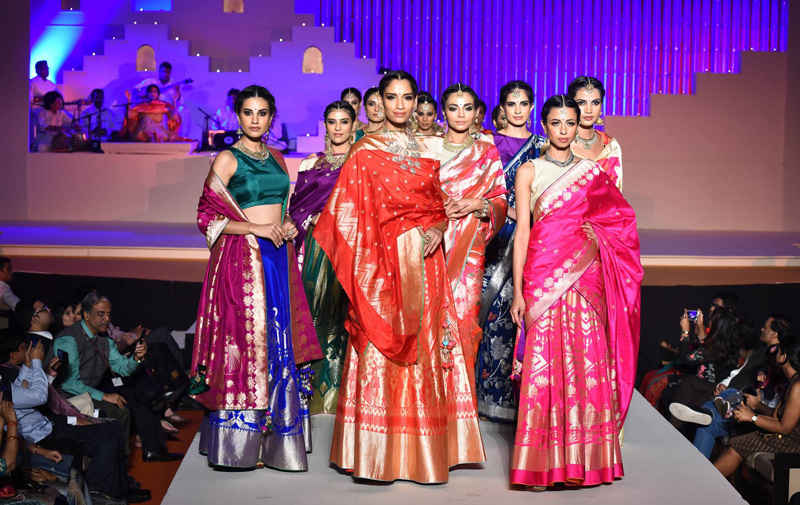 Titled as 'India Modern', the theme for the finale is to showcase designs that are traditionally rooted yet remains globally admissible. The basic idea being that India has two stories to tell, one which is deeply rooted to our history and culture, a story of the last, and the other is the transformative nature of India, how it’s adapting change, a story of the present! The participating designers are Rajesh Pratap Singh, Samant Chauhan, Rahul Mishra, Anju Modi, Aneeth Arora, Abraham and Thakore, Rohit Gandhi, Rahul Khanna, Amit Aggarwal, Pankaj and Nidhi. What else do you want?

These are just a few of the many highlights for the Amazon Fashion Week! So fashionistas, bookmark the dates and head on over!