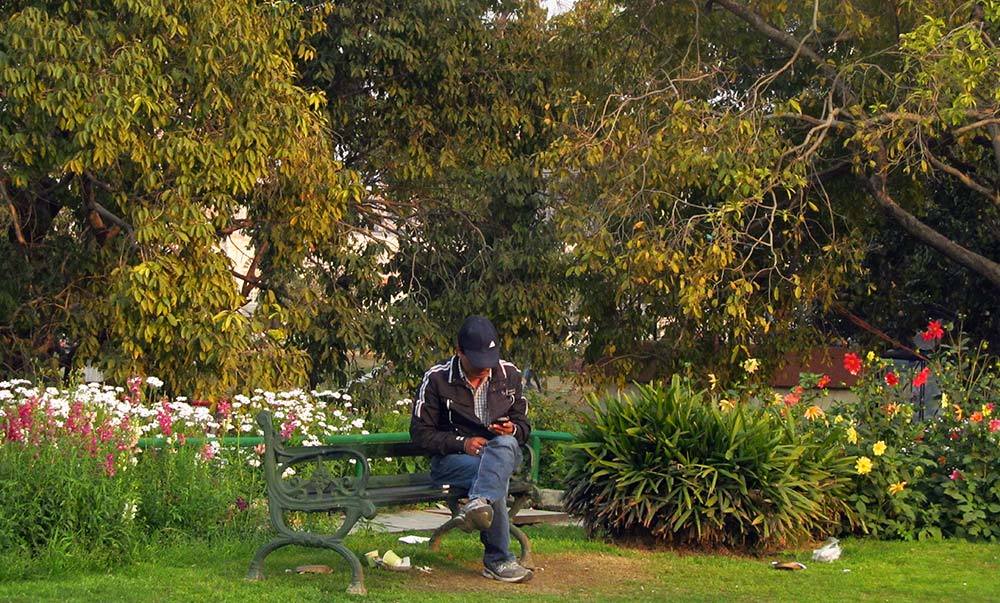 A Lush Park Ringed By Busy CP On 3 Sides, Drop By For A Calming Breath @ Palika Parking Park

The Delhi of the new millennia is making earnest attempts to model itself after the major cities of the world and this has led the Delhi Development Authority (DDA) to come up with new parks and restore the old ones so as to elevate the notion of open spaces in a city which is getting congested faster than you can blink. One such example is the Palika Parking Park located in the heart of the city, Connaught Place. Read on! 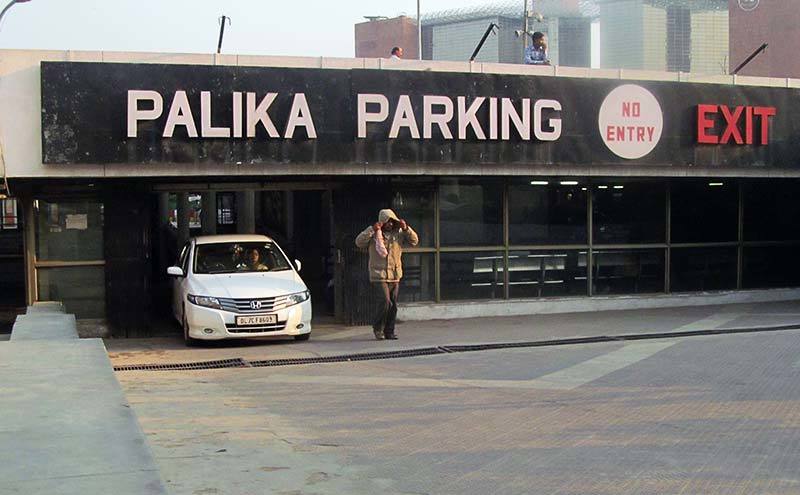 The Palika Parking Park is located above the underground parking of the Palika Market. The park can be easily reached by the metro as it’s serviced by the Rajiv Chowk Metro Station. The A Block exit from the metro station is the closest to the park. By virtue of being located in CP, the park can also be reached by bus as various buses ply from the bus-stops which lie nearby. The chief landmarks around the park include Starbucks, Regal Cinema and the LIC building, which towers over it at one of its ends. 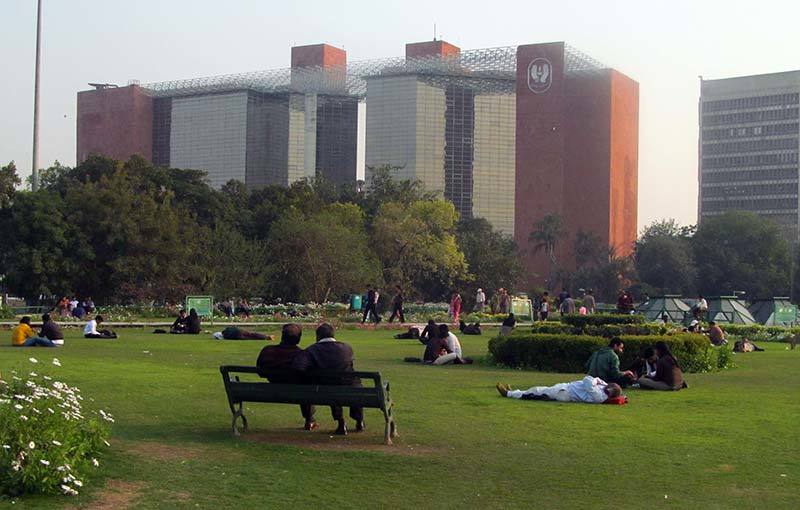 The Palika Parking Park is ringed on three sides by a circular road which is abuzz with buses and cars in a forever frenzy to reach their destinations. However, the park seems like a different world when you step inside; wallowing seems to be the order of the day here. The public is oblivious to the urgency of the world that exists outside the boundaries and is quite satisfied by not caring about time! 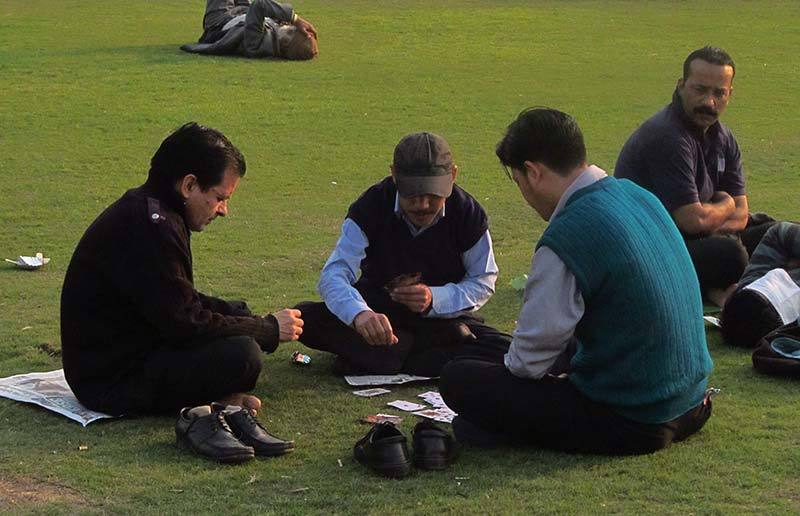 The park serves as the perfect spot to bide your time and while away an hour or so. Whether it’s after your morning coffee at Indian Coffee House or after your afternoon hangout with buddies at Starbucks, the park is always an option that’s hard to refuse. You would also find many travellers lounging on the grass with their bags, waiting for their buses. Foreign tourists with their backpacks and novels are a ubiquitous sight here. 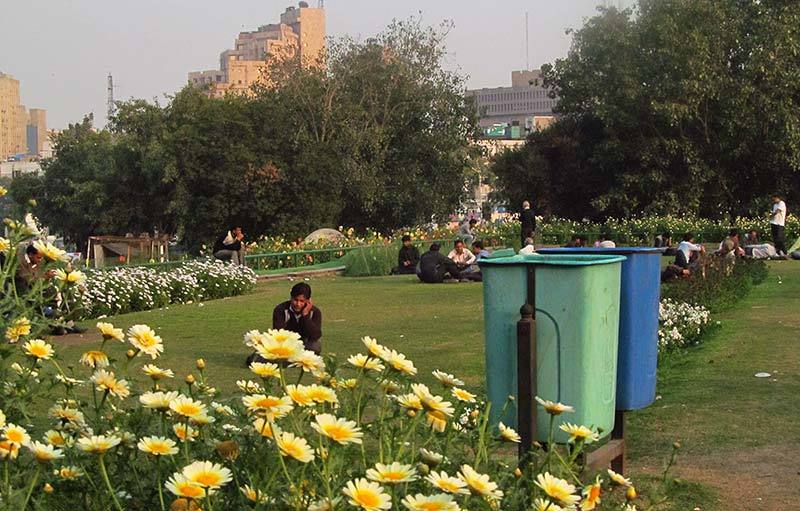 The Palika Parking Park is in many ways the poor man’s version of the sprawling Central Park. Back in 2005, when Central Park opened up after renovation, the benches were done away with and it had just grass banks where the public enjoyed themselves. It was also looked after by a much improved administration, and cleanliness was impressed upon thus causing the lowlives usually found here to move to the Palika Parking Park.

Window Into The Lives Of Many 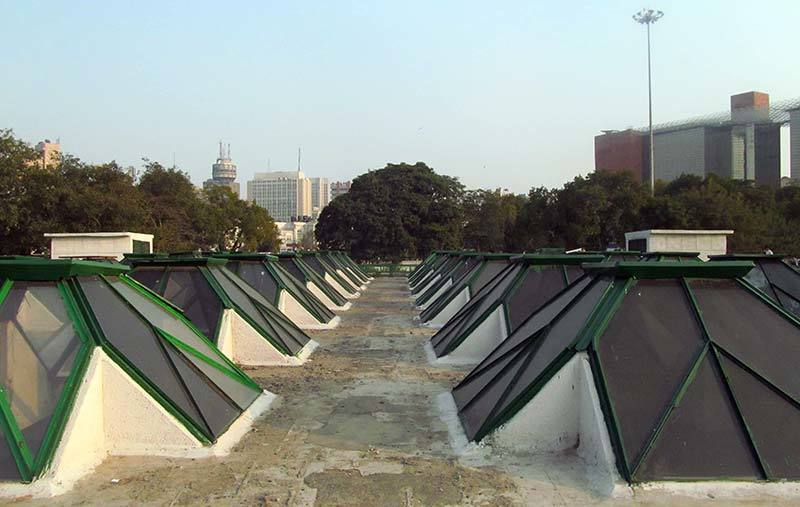 As the day progresses, it won’t be hard to spot drug operators enjoying their recreational trances. As the sun moves towards the West, the crowd picks up; you’ll find eunuchs giving away blessings and the famous ear cleaners of Delhi, cleaning away the ears of amused tourists.

Palika Parking Park may be not the best place to visit but it is for sure one of the places which brings to the fore another perspective to the alternate Delhi - come drop by!