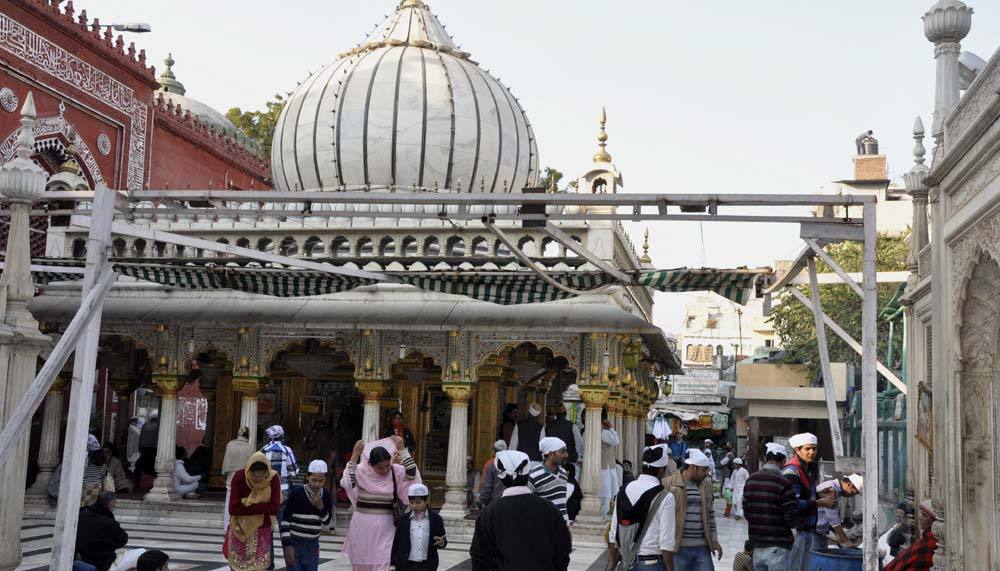 Like all the great cities in the world, Delhi boasts of places that offer you ‘everything at once’. These places mix the best of heritage with the most profound spiritual experiences, the pleasure of combing through narrow, twisted by-lanes combined with some of Delhi’s most delectable non-vegetarian fare on offer.

Nizamuddin Basti is an area known more for the Hazrat Nizamuddin Dargah of the great Sufi saint who gave the locality its name, than it is for anything else, but it has a motley collection of places to visit that could keep you busy for hours! Read on.

The great Sufi saint, Hazrat Nizamuddin Auliya, left an enduring legacy and a shrine that resonates to the sound of Qawwalis and prayers, with devotees thronging it round the year. The place where the saint meditated is not far, only a little distance across the road. Nizamuddin Auliya’s khanqah lies near the tomb of Humayun, a little sanctuary of peace where the revered hermit performed his penance. It’s a small residence, well-aired and laid out, for living and praying. 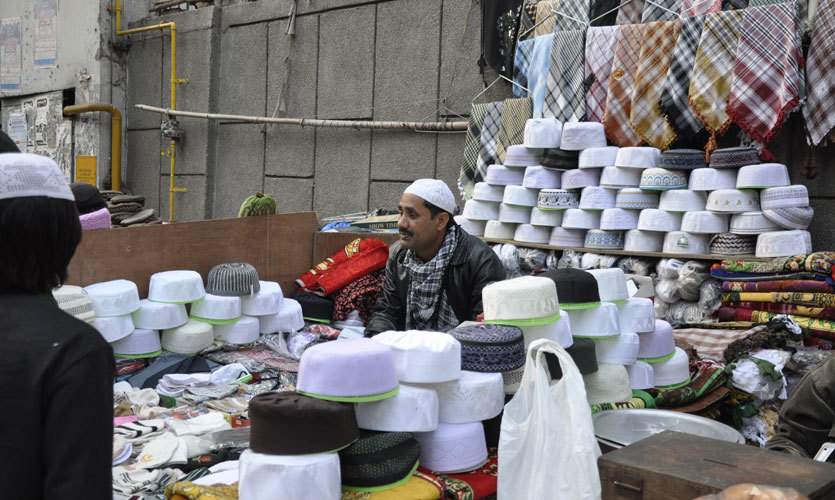 The next important place is obviously the fabled Dargah or shrine, right at the heart of the Basti. Mendicants line the corridors as you walk in and devotees throng the ante-chambers on either side. The main courtyard is full of people from all sections of society, from different faiths, all invoking the saint’s blessings.

Close by is also the grave of that legend of art, the poet, musician and mystic Amir Khusrau. The Dargah is a paradise for all who seek spiritual succour, the space free for all to sit and move about as they please, Qawwals taking centre stage in the evenings, as music is used to explore the spiritual path. 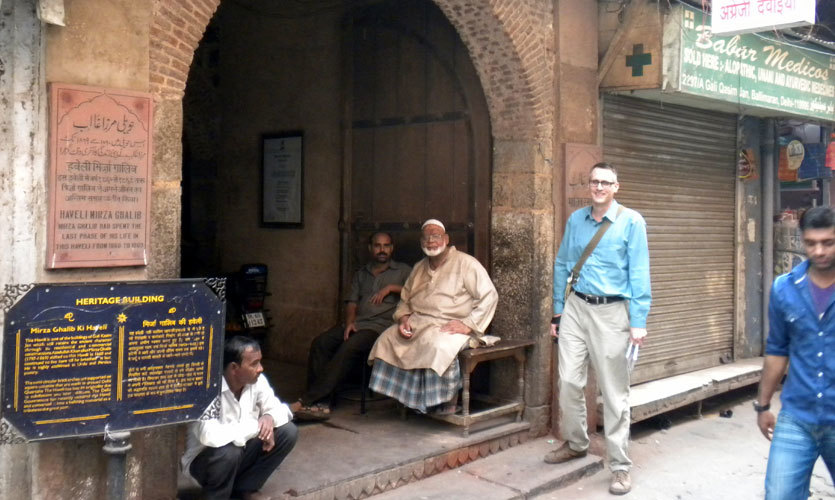 Just before the shops selling incense and flowers en route to the shrine begin, is the Markaz, a massive, multiple-storeyed building which is a stopover for Jamaats of Muslim preachers from around the world, as they interact with their fellow brethren of the faith the world over and expand their spiritual horizons.

A Walk Through History 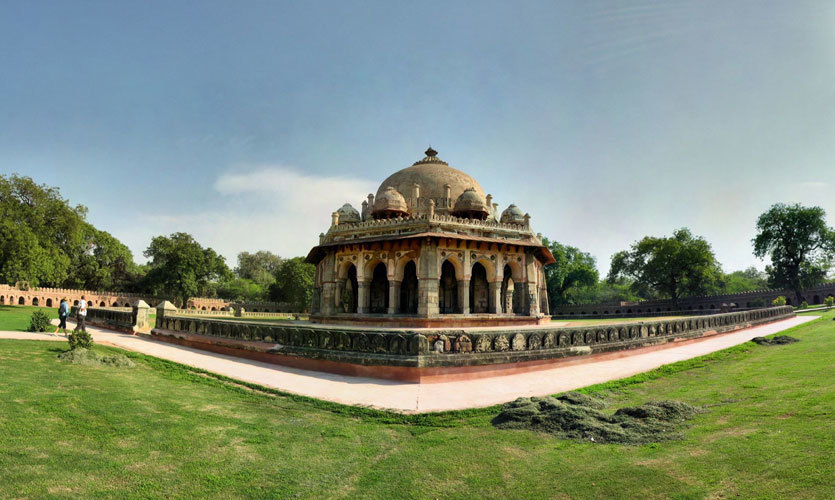 The Basti, when you set out to explore it, is a delight! The mausoleum of the great Mirza Ghalib lies some way before the shrine, as does an ‘academy’ instituted in his name. Not far off is the tomb of the second Mughal Emperor, Humayun. Built in red sandstone and marble, this mausoleum stands in the middle of sprawling gardens. It is known as the inspiration for the Taj Mahal’s design and once you set the obvious differences aside, that becomes clear. Also situated in the same complex is Isa Khan Niazi's tomb, an Afghan nobleman in the court of Humayun’s rival, Sher Shah Suri.

Not far from there lies the tomb of the Mughal nobleman and poet, Abur Rahim Khan. A crumbling old ruin, this medieval mausoleum is at its best at night, when the dome is lit a brilliant blue. The traffic roundabout some ways ahead encircles a little monument surmounted by a dome covered in blue porcelain tiles. This is the Sabz Gumbad/Nila Gumbad or the Blue Dome and the little variation in colour is the result of an ill-equipped restoration job.

And Then There’s The Food! 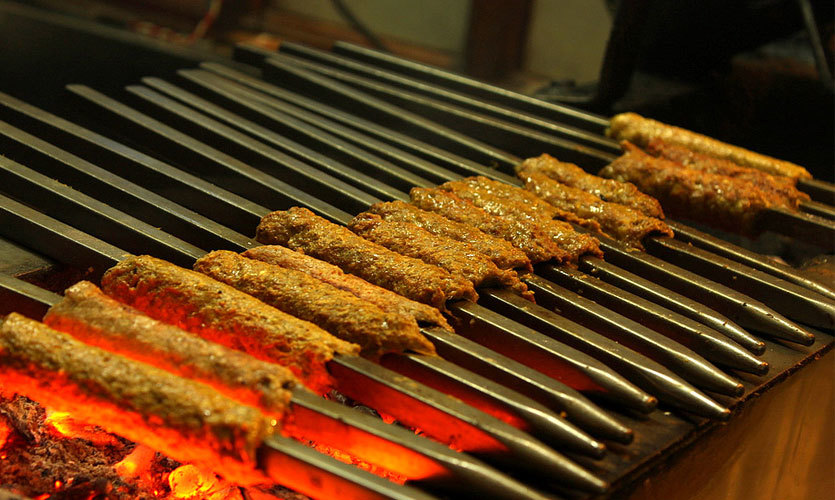 Karim’s has a restaurant tucked in a narrow by-lane, which is a great hit. But if you want a more hands-on, street-side eating experience, go to the tikka sellers in front of the Markaz. In the mornings, head to the tea shops for Suleimani Chai (Solomon’s Tea), a delectable and unusual red tea! The best kababs are to be had here, interestingly, at a place called Ghalib’s.

When you go to Nizamuddin, go with the intent of experiencing an amazing, complete day, which is So Delhi *wink wink*!