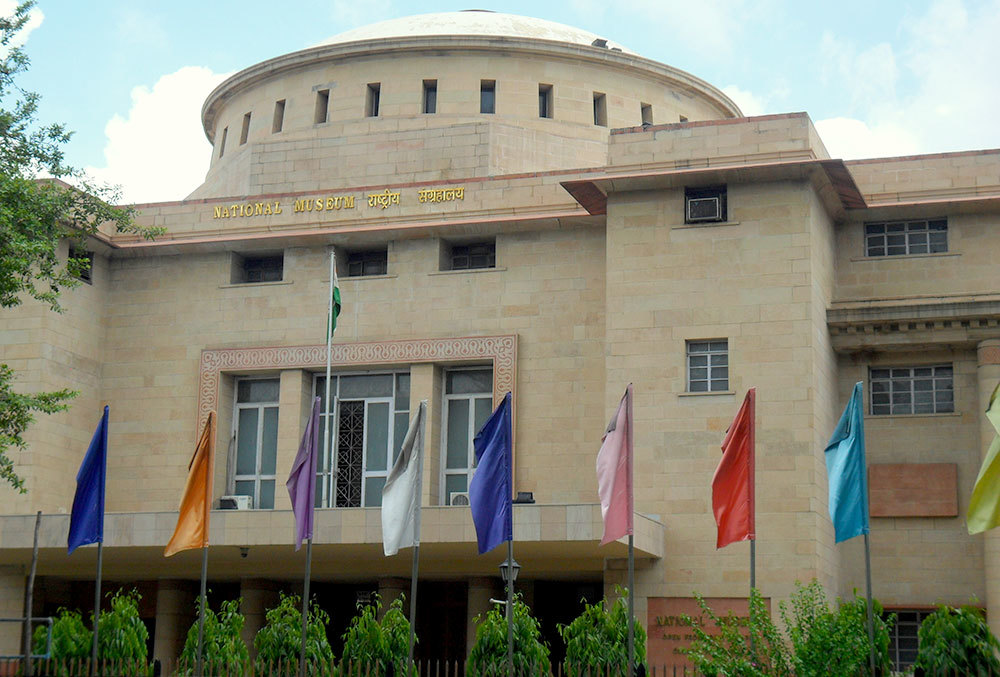 Delhi's Pride & Joy And A Treasure Trove Of Culture: Here's A Walkthrough Of National Museum

Rarely is a museum a source of entertainment to a wider majority of people. It’s a Mecca for the art and history enthusiasts, students and the international tourists who want to have a glimpse of the fabled multi-cultural, multi-faceted country that India is. But the National Museum in Delhi breaks free of all these myths to create a space where history, art, culture, tradition and the modern outlook of India comes together in a perfectly blended mix so as to appeal to everyone, irrespective of whether they come here to learn or enjoy. 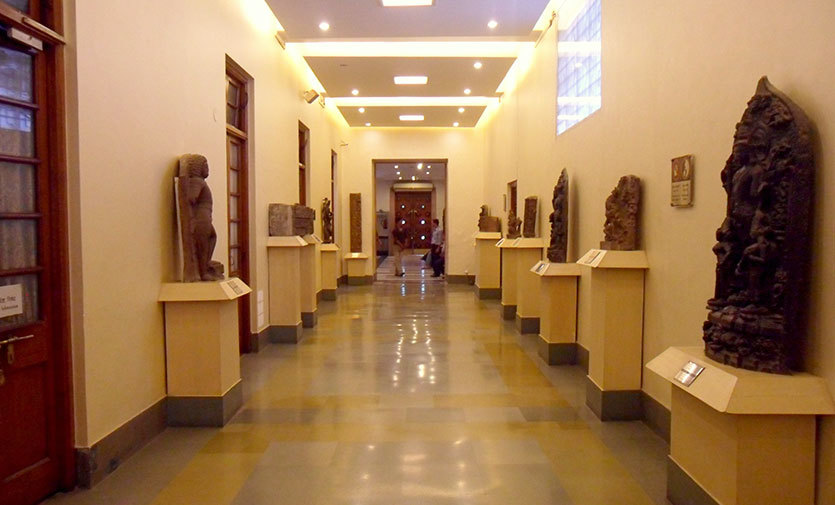 Standing right beside the Archaeological Survey of India (ASI) HQ at Janpath, National Museum has an extensive collection of art and artifacts from across the country and the world, spanning a period of 5,000 years (wow!). Sculptures from various regions of India belonging to different periods of history are on display everywhere at the museum – along the walls, in the galleries dedicated to specific historical periods and outside the building as well.

Spread over three huge floors with a number of galleries, an auditorium, the National Museum Institute AND a library, it’s the largest museum in Delhi and by far, one of the largest in the country. 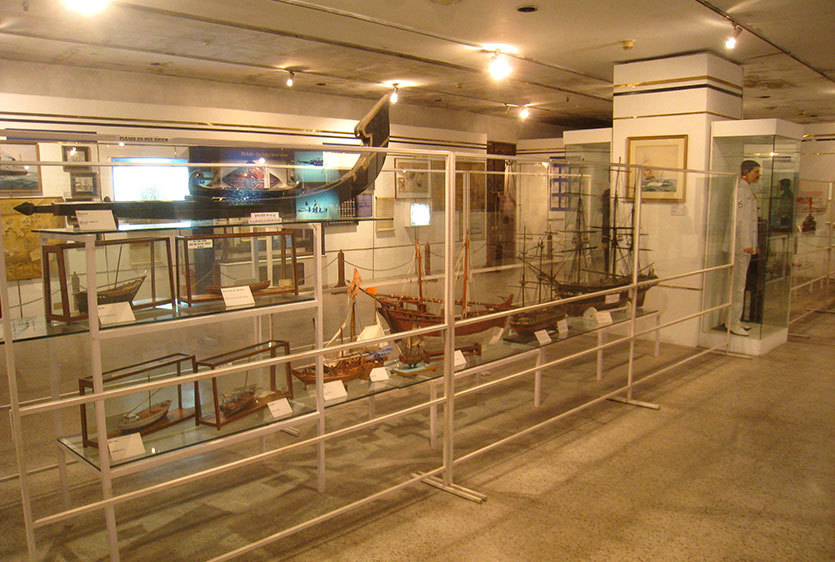 On the ground floor is the Harappan Civilization Gallery, one of the major highlights of the museum. It houses various artifacts dating back to 3000-1500 BC that were recovered from the excavations of the Indus Valley Civilization at Mohenjo Daro, Harappa, Kalibangan and a number of other sites. Inscribed tablets, stone busts, jewellery, pottery and children’s toys from the Harappan Civilization are on display here, with wall panels giving valuable insights into their history and significance. Adjacent galleries showcase Buddhist art and medieval art divided into various periods like the Gupta, Kushana and Ikshvaku periods and ancient scripts and coins from different times in Indian history.

Galleries on higher floors include the Maritime Heritage Gallery which unravels the history of our maritime forces in the form of immaculately carved mini ships, live displays and valuable trivia adorning the walls. There are elaborate exhibits as well, on wood carvings, musical instruments, coins and manuscripts, textiles and costumes, tribal lifestyles of the North Eastern states of India and arms and armour dating from ancient to more contemporary times. 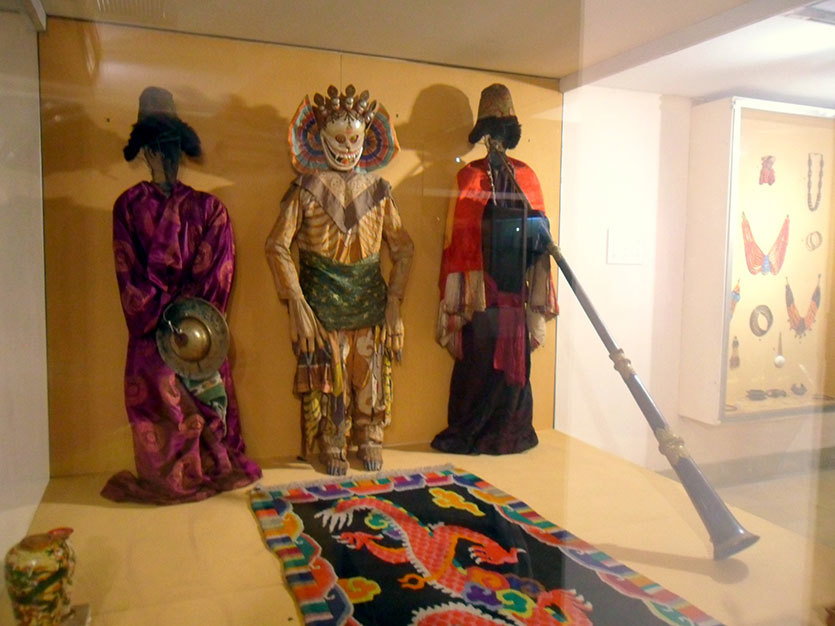 Foreign art and culture also find representation at the National Museum in the form of exhibits at the Pre-Columbian and Western Arts Gallery as well as the Central Asian Antiquities Gallery. Chinese, Thai and other foreign sculptures and artifacts are also scattered across various displays throughout the museum. 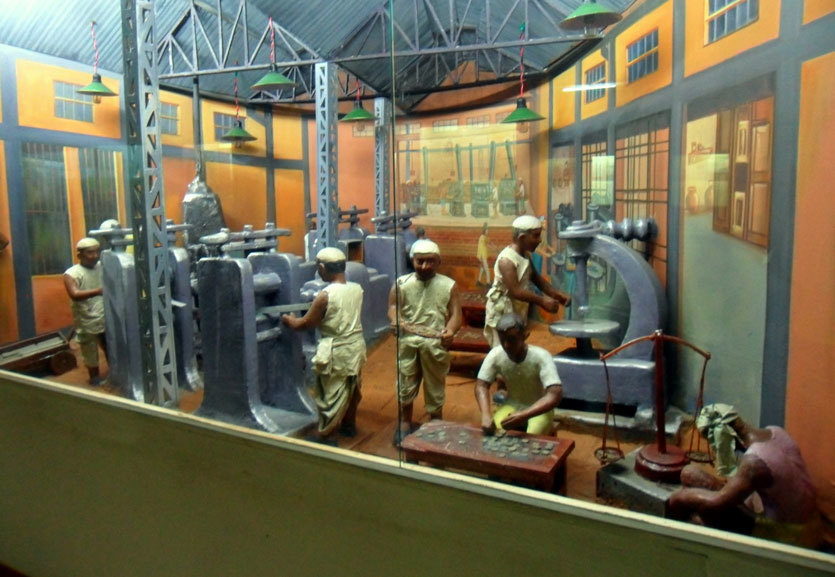 A souvenir shop within the museum sells bags, books, stationery, jewellery and other items of use fashioned in such a manner as to reflect India’s rich cultural heritage. The building also houses the National Museum Institute, which offers Masters and Doctoral-level courses in subjects like History of Art, Art Conservation and Art Restoration. An Art Conservation Laboratory and exhibit can also be found within the museum that makes for an eye-opening experience about how art pieces are restored from their original dilapidated forms into more presentable forms.

Situated at a walking distance of 5 minutes from the Udyog Bhawan Metro Station, the museum stays open from 10 AM-5 PM on all days except Mondays. Film shows on the art and heritage of India are also held at fixed timings throughout the week at the auditorium.

Heritage, culture and pride have a home, and it’s called the National Museum! Come drop by for a slice of history and loads of culture.