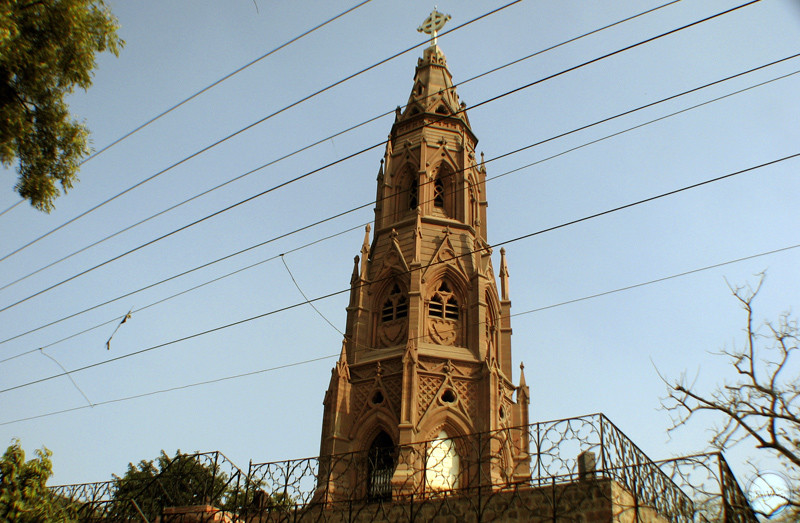 That Delhi is a representation of India’s rich cultural heritage & is of great historical significance, is unquestionable. The city, teeming with evidences of Mughal & British occupancy, is lined with majestic monuments & striking sculptures, which have stood the test of time. The Mutiny Memorial, more popularly known as Ajitgarh, is reminiscent of the first attempt by Indians to revolt against British domination & subjugation.

It was constructed by the British in 1863, to commemorate the lives lost during the First War of Independence in 1857. On the 25th anniversary of India’s independence, the monument was hailed as a tribute to all the martyrs of India’s struggle for freedom & was rechristened Ajitgarh.
India’s struggle for independence was long drawn; a result of the selflessness & fortitude of the innumerable Indians who fought to achieve this aim.

During the first war of independence, Delhi came under turmoil & a large number of soldiers belonging to the Delhi Field Force, sacrificed their lives to win freedom for their country. Not only soldiers, but people hailing from various walks of life, also fought fearlessly. The names of thousands of such martyrs & bravehearts have been etched in the Mutiny Memorial, whose existence is symbolic of their invincible spirits. 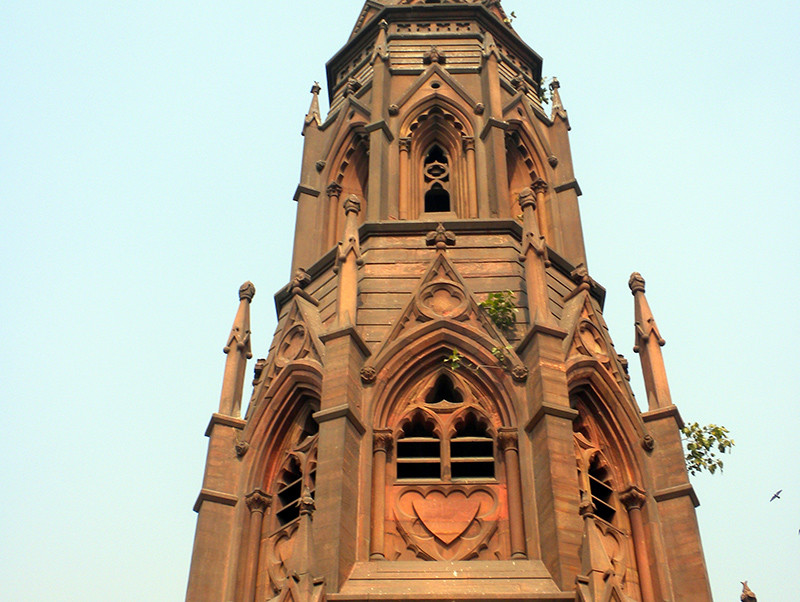 Architecturally, the Mutiny Memorial spells magnificence. Initially, built amid the marshy lands of the northern ridge, it is today surrounded by the lush trees & scenic beauty of the Kamla Nehru Ridge forest. What makes it unparalleled is the use of the Victorian Gothic style. It is a towering structure with a brick spire, on the tip of which lies a crucifix. The tower has been shaped uniquely and is an architectural achievement. It is of an octagonal shape on the exterior; and is circular from within. To raise it even higher, it has been constructed on a base that is two-tiered. The red sandstone base and the plaques on the walls surrounding the tower are engraved with the names & ranks of the soldiers. An embellished façade with a staircase constitute the interiors. 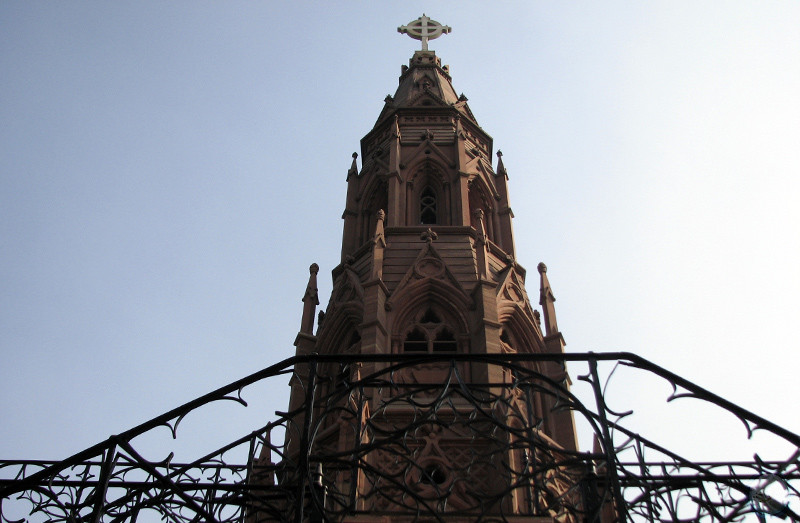 The Mutiny Memorial is located on Rani Jhansi Rd, 500 M south of Hindu Rao Hospital, on the Northern Ridge and is only 200 M away from the Ashoka Pillar. Visitors can reach the monument via local buses or auto rickshaws & taxis. Ajitgarh is most conveniently accessible by metro, the nearest metro station being Pul Bangash.

Open on all the days of the week, it has become a major tourist attraction. Glimpses of its magnificence can be caught from the metro running between Pul Bangash & Kashmiri Gate.

The mere sight of this 33 M-high memorial, with its intriguing historical background & extraordinary architecture, is more inspiring than intimidating, and must be visited by one & all.