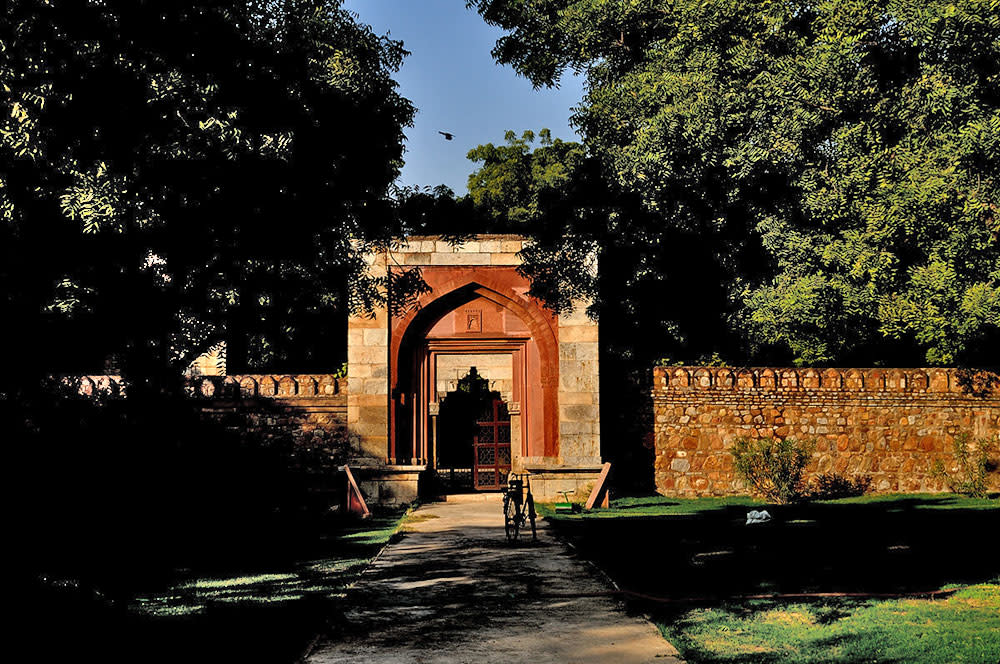 Siri, the third city of Delhi has a lot to offer to the lovers of architecture as well as archaeology. There are scores of monuments of various sizes from different ages that dot a vast area that is now a busy residential locality bustling with assorted commercial activities. Some of the attractions here are well known - you can always explore the Gumbad Trail or contemplate for a while on the steps of Hauz Khas fort. But there are several lesser known monuments too, scattered all over the area and the Muhammadwali Mosque near Siri Fort Auditorium is one of them. 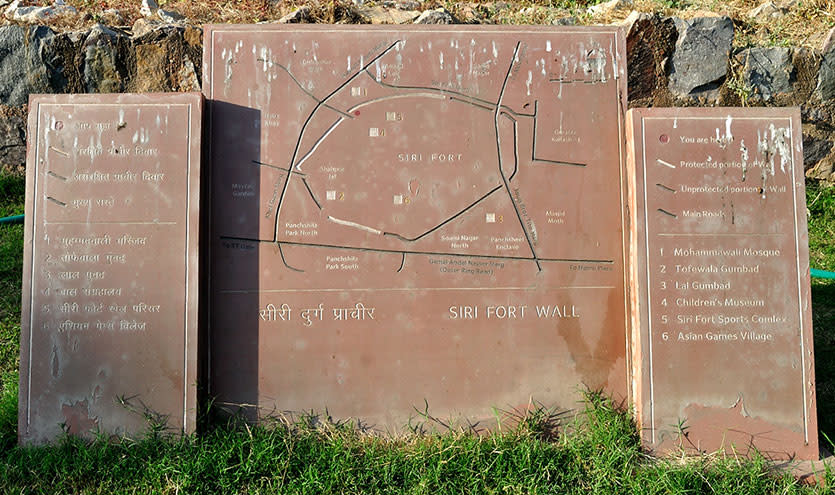 Siri Fort is now the hub of cultural activities for the elite set of Delhi. The auditorium houses film festivals and other programs, while the Sports Complex is also not very far. But the Muhammadwali Mosque, which is situated just behind the auditorium, is easy to miss as it’s at the corner of a vast open field and also because it’s a relatively smaller structure, that too hidden behind tall walls on all four sides.

What you’re more likely to notice first are the vestiges of the wall of Siri. Parts of the wall are visible at various points but here you can also locate the map set up by the Archaeological Survey of India. The same map will tell you that you are standing just in front of the mosque in question. 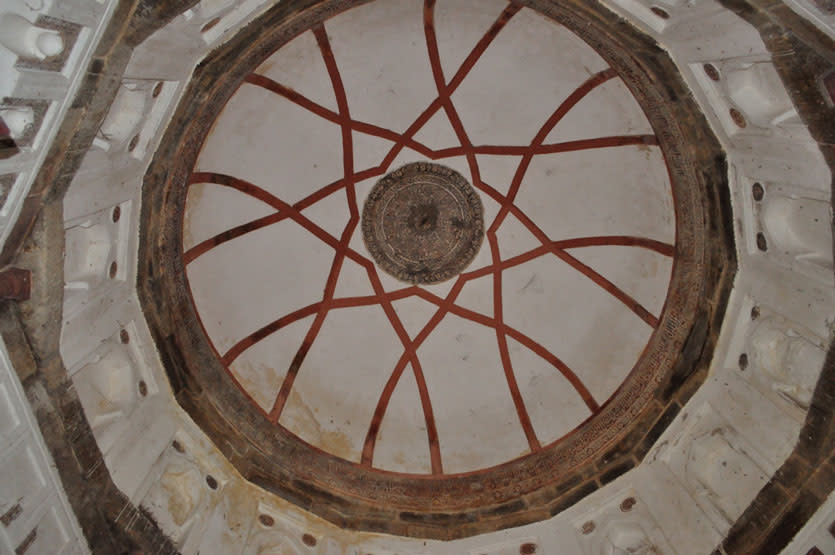 It’s a Lodhi-era mosque protected by the ASI and as you keep walking across the open field passing the ruins, you will finally see the name plaque as well as the gate of the mosque. Although the mosque is located in Siri, it was built much later, sometime around the 15th century by one of the Lodhi rulers (1451-1526 AD).

The courtyard is enclosed from all sides by walls that hide the mosque from a distance. The walls as well as the mosque inside are made with large dressed stone slabs and at the centre lies the typical domed structure you can expect in a mosque. The east facade is decorated with blue tiles and when you get inside, you can see the pendentives of the domed chamber ornamented with small niches. Several unmarked graves are also located inside the compound. 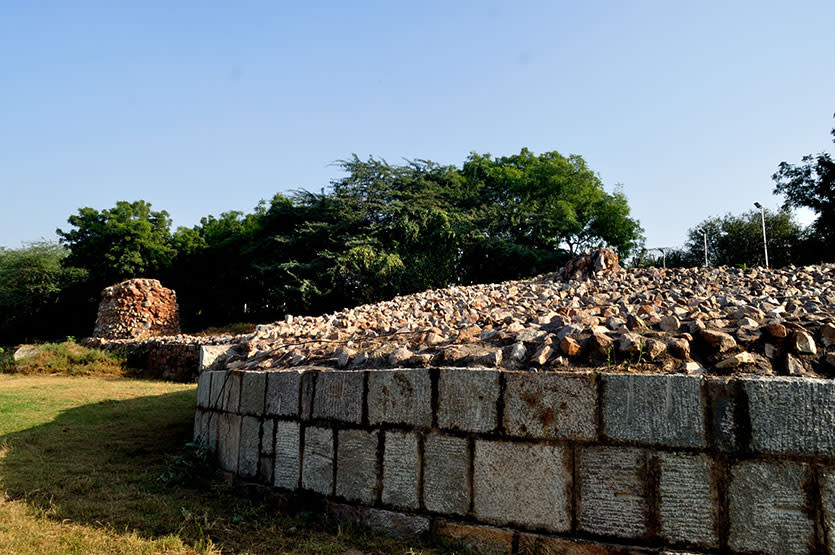 Reaching the Mosque is not difficult. The Siri Fort Auditorium, Sports Complex as well as the Children’s Museum lie nearby - you just have to reach August Kranti Marg. The irony here is that most of the autorickshaw drivers will not know the mosque but they will surely know the other newer landmarks nearby.

It’s a good place to visit if you’re interested in history or archaeology and you can club it with other attractions of Siri that are scattered all over the present day Hauz Khas, Green Park and Shahpur Jat area.

Come on by for a look-see on a fine evening!