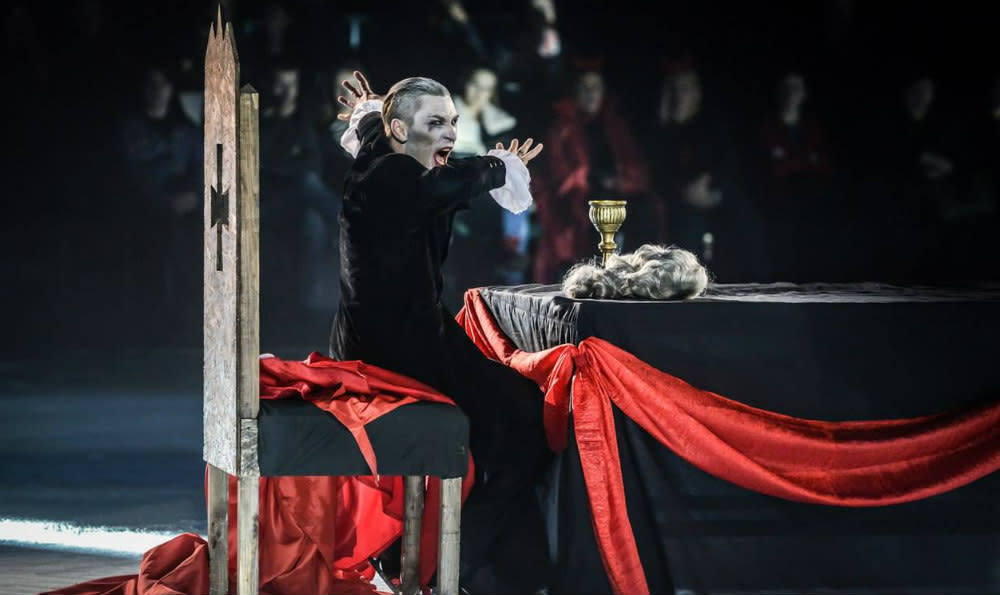 Move Over Twilight: This Performance Of Dracula On Ice @ Kingdom Of Dreams Sounds Awesome!

Are you up for a night showcasing a story about love, betrayal and revenge? Then you gotta troop over to Kingdom of Dreams for Dracula on Ice! Yep, the story of eternal love, this show is an ice play that’s garnered accolades all around the world from critics and viewers alike and now it’s finally headed to Delhi!

We’re Super Psyched For This | The show is a beautiful amalgamation of mind blowing visual effects, intricate set designs, inspiring music and stellar acting skills! Acting and athleticism come together in a fabulous display in this play, and it’s a genuine treat for the eyes, we hear.

This play is a way of appreciating the art and efforts of some of the best skating stars you have ever seen - Olympic champion Alexey Urmanov, seven-time European Champion and Olympic medallist Irina Slutskaya, five-time USA champion Peter Chernyshov and Naomi Lang, as well as many others will be here showcasing their talent!

This is an unforgettable experience as well as a once in a lifetime one, so do not miss out on this people and snap up the tickets before they get sold out!