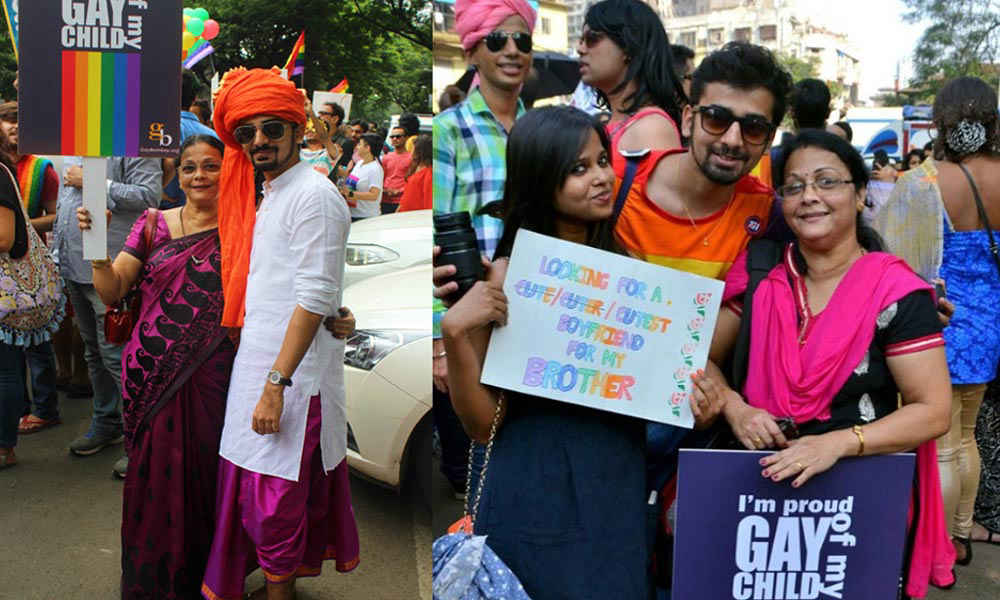 Masked Interview | This is The Stark, Blunt Truth About Homosexuality in Delhi

For far too long the world has suffered from the stigmas of homophobia and baseless fears, which it continues to do even today. When Article 377 was passed, it had created massive outrage amongst many Indians, and recently, the shootings in Orlando have impacted the entire world. Over the years, numerous people in Delhi have expressed their lack of fear and have attempted to edify the society, and yet a lot of work still remains to be done. Why is this hatred growing amongst us? What is the point of all these fights, these fears and this blatant discrimination?

Considering the need to curb these irrational stereotypes, we decided to present to you a firsthand account of what it feels like to be a member of the LGBTQ community in Delhi.

So first of all, tell us how has Delhi received you? How do the people react?

Delhi is a city which welcomes anyone and everyone. So, it has been nice and ‘not so nice’ at the same time. It's the people who create the culture of the city and Delhi has most certainly been a plus point for me, considering this is a metropolitan city with lots of options. The reactions of people have been an odd amalgamation of supportive, homophobic, neurotic and laughable, all at the same time. So it's a very broadly stated question with a very deep, subjective answer.

Do you think people are still subject to stereotypes and irrational fears or are they getting more aware and understanding?

As much as I want to agree to the fact that the crowd is gaining more knowledge about homosexuality, only talk about it is loud. Actions are yet to be implemented on a big level. People are alright with this idea for as long as their children aren't 'victimized' by it. And stereotypes are still very much a part of their thinking pools. 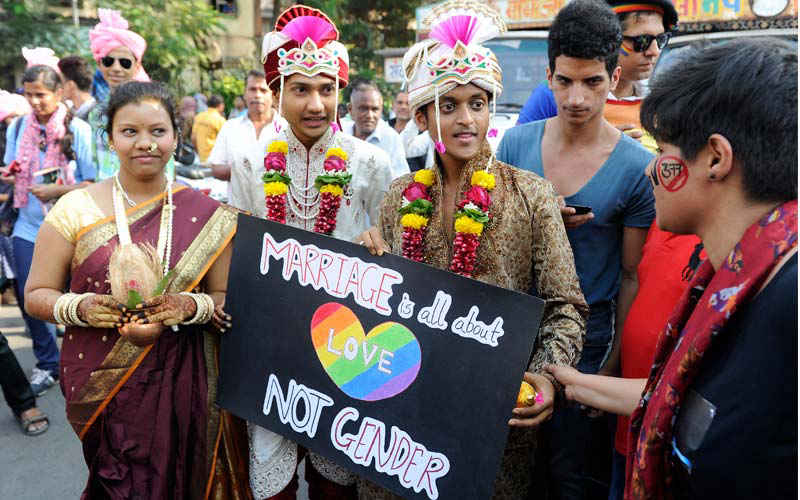 What was your family’s reaction?

It’s a boon and a bane at the same time that some members of my family, who mean everything to me, understand and are very supportive. Boon, as they understand. And bane, as this understanding has built up due to their own failed lifestyles and that they understood that eventually in the long run, it's true happiness that counts and not what the social kingdom preaches or has been imposing forward from years and years of man's own created multitude of 'religions'. So I can say that I'm very lucky, albeit living with a hideous truth.

Do people behave differently around you? Do you think are still unable to accept that an individual’s sexuality is not a crime / sin?

Yes. Some people do behave differently around me, as though I'm an outcast. The funny thing is that our parents have taught us these things and we have grown that way. We like what they liked, and disliked what they disliked. But at a certain point we need to bring our own point of view to the table, but perhaps there is a generational gap which makes our thinking a little too incomprehensible for their taste. And it’s probably their rigid narrow-mindedness that has made them want to not understand things after a certain point where things become a little too vivid.

Given the unfortunate incident that happened in Orlando, where do you think the basic issue lies? Even in India it's a topic of much controversy - what are your thoughts?

Firstly, there are people bound by their own handwritten and forcefully fed religion who do things in the name of Almighty and find sin being evaporated by such acts like the Orlando massacre. Secondly, the basic issue is religion which man has created to give other men some kind of a 'righteous path' to walk on so that they remain under a 'civil' framework and their life would make more sense that way.

The second question is potentially answered in the previous statement. Considering a 100-year backward country like India, its conservative and blinded people think they are right as they follow the 'correct' or 'righteous' path, according to what their own handwritten religions have taught them. This gives them an unquestioned courage or authority to keep doing similar things in the future as well. 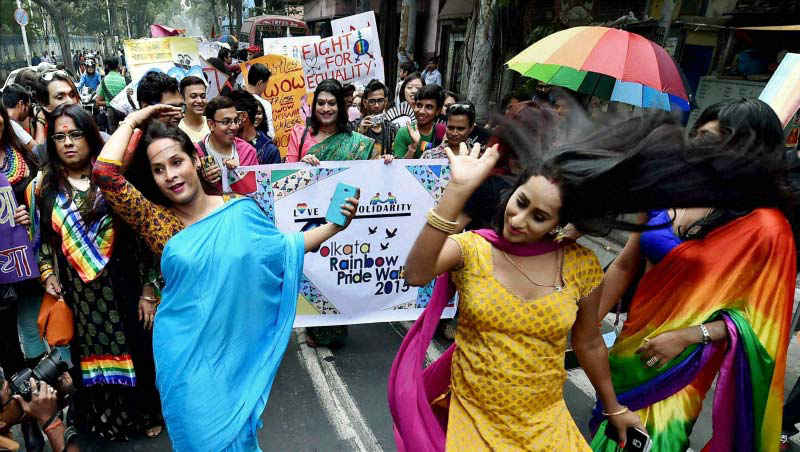 What goes on in your mind about the stigma that still surrounds homosexuality and what problems do you face, emotionally and otherwise?

I find this rather laughable as I find a psychologically imbalanced person much saner than these religious bands of sycophants. At least the imbalanced person would do things which would make bigger, scientifically derived sense. I feel threatened many a times as though I might be doing something wrong. But nevertheless, I stay unperturbed in a way. Because I am the way God made me. And I'm thankful and respectful of everyone and everything.

So I don't fear anyone or anything apart from that one divine power that is making and breaking everything. Emotionally, it’s a difficult journey as I have to live two lives since not all people understand. And some just shun me out for being who I am. But otherwise, I know that divine power has made me stronger than others so as to handle who I am and be that person and make him proud of his creation.

Well, I have plenty of those! I am a very influential person and I have changed many lives by turning introverts into people who have learnt to love themselves the way they are and came out to their families and dealt with it courageously. The union between my former friend and me started with him mentioning that he would never let his conservative family know about his reality. And by the time he was completely mingled with me, his answer turned from “maybe it wouldn’t be the worst thing in the world to share this with the people who love me and care for me” to “I shall go ahead and make this work. This is who I am and I'm very proud of my achievements and myself”. 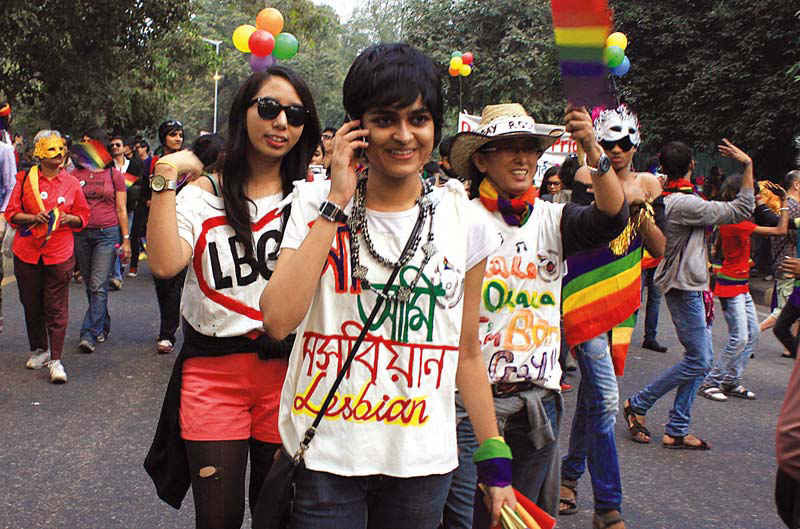 So what message would you like to give to our readers out there?

I would just say this - we humans are simple beings. We eat, love and do all the things which make us happy. And when we are happy, our environment is a positive place that eventually makes others happy and positive. So do not be afraid to be happy. Do not be afraid to do something that will put you to a satisfying sleep after a long, hard day of work. You owe it to yourself and to the one who has created all of your race and everything that surrounds you. There is a reason why everyone has a soul which is said to be God's presence in your physical system. Let it guide the way. That’s its job. And everything will fall right in place.

The sadly stereotyped social animal makes Delhi, ‘So Delhi’. As I mentioned earlier, it is the people who create the aura of the space around them. So, as much as Delhi is considered a snob capital, it’s also a city of opportunities and holds people of all kinds. Both good and bad - just like any other place.

Our respect and admiration to this person, and every other member of the LGBTQIA+ community, for the fight they have been in for so long and continue to be in. We are with you till the very end.