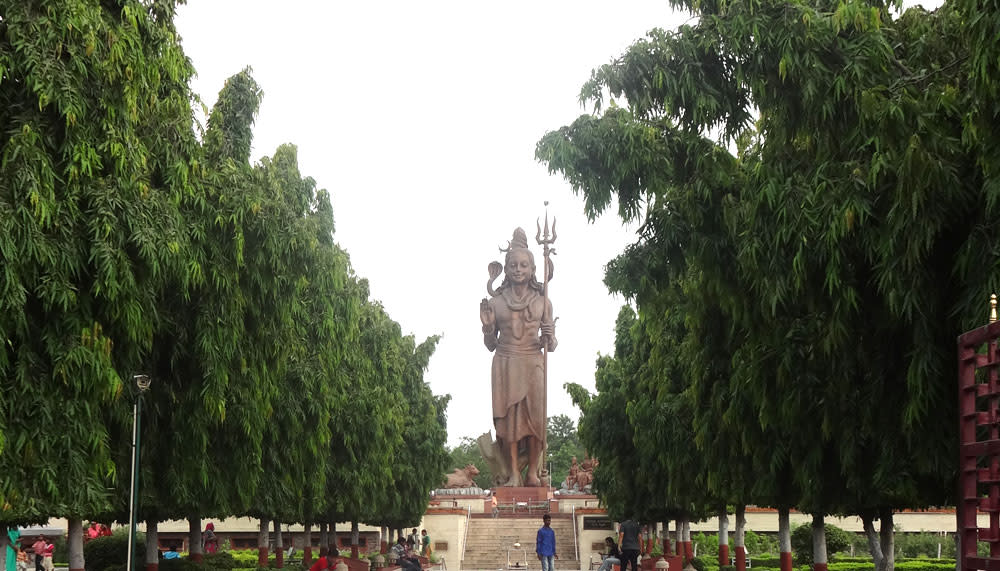 Standing tall, literally, the lord of destruction is impossible to miss if you’re travelling from Delhi to Gurgaon or vice-versa via NH-8. His statue is so tall that at one point in the recent past, an aeroplane had to take a detour! Woah. Here’s all kinds of interesting facts you should know about this iconic statue! 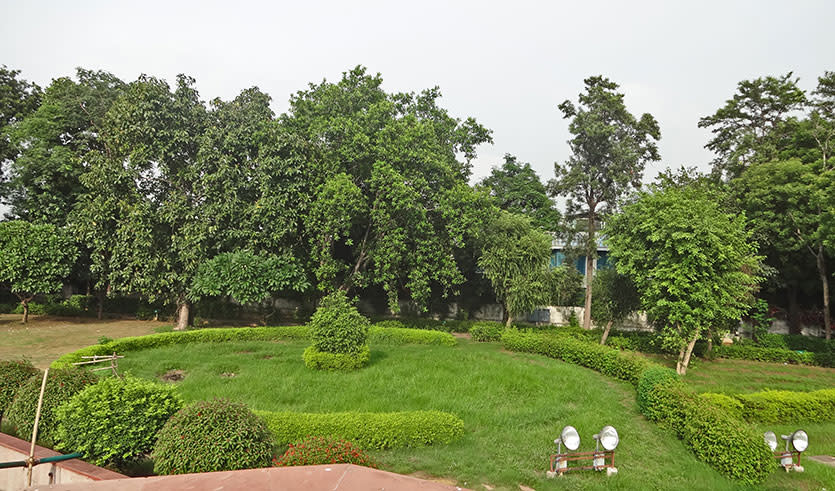 The place is quite big, well maintained and easy to access; it also has its own parking (paid) space. As you enter, you’ll see a single stall on your right that sells flowers, incense sticks, prasad and other offerings. This stall also sells rudraksha malas, religious CDs and cassettes and prayer books. Unlike most other famous religious places, there are no stall keepers eagerly calling out to you, trying to lure you to their stall and prevent you from going to another, which is a definite plus! 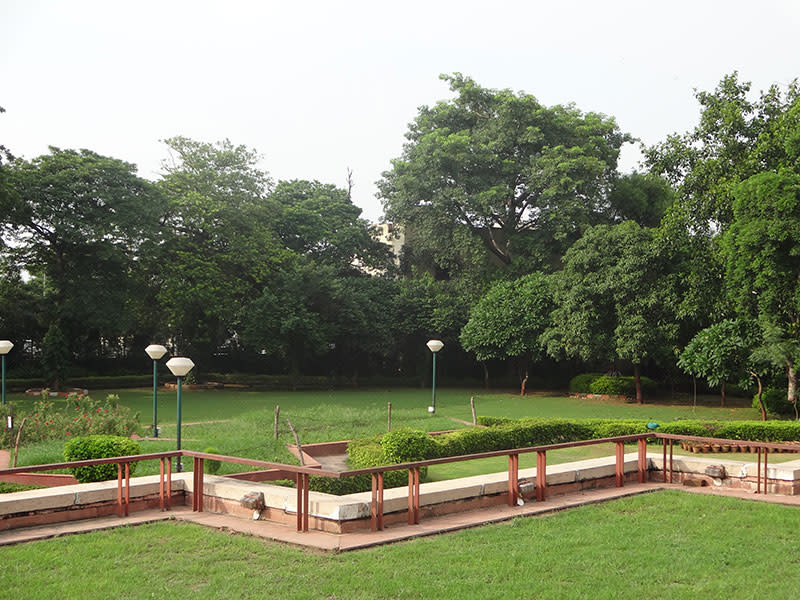 The cleanliness and maintenance of this place is top notch. There’s a path in the middle with well-mowed gardens on both sides. This path is sprinkled with stone benches on the edges and it’s where people can remove their shoes too. One can feel the peace emanating from this place as you’ll rarely hear anyone talking. The garden on the left houses a small Shiva linga near the gate, with a smaller path leading up to it.

Other Popular Gods Of Love 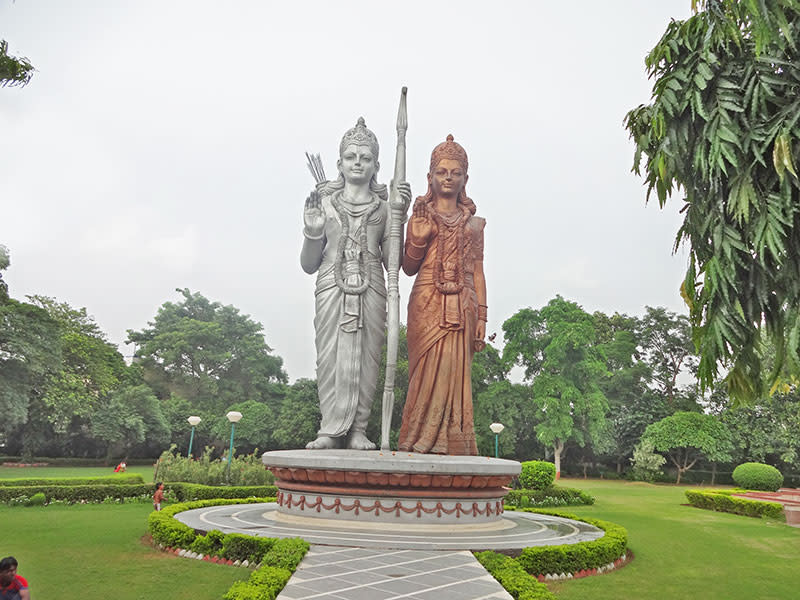 Shiva, the destroyer, is also very famous for his love for his wife, Parvati, their love story being a very elaborate, interesting and dramatic one. In Hindu mythology, Lord Ram and Lord Krishna too, have their own, very popular tales of romance: Lord Ram’s passion for his beloved, devoted wife Sita and Lord Krishna for his eternal lover, Radha. The garden on the left has tall statues of Ram and Sita, in silver and bronze, respectively; while right opposite them, in the garden on the right are complementing statues of Radha and Krishna. 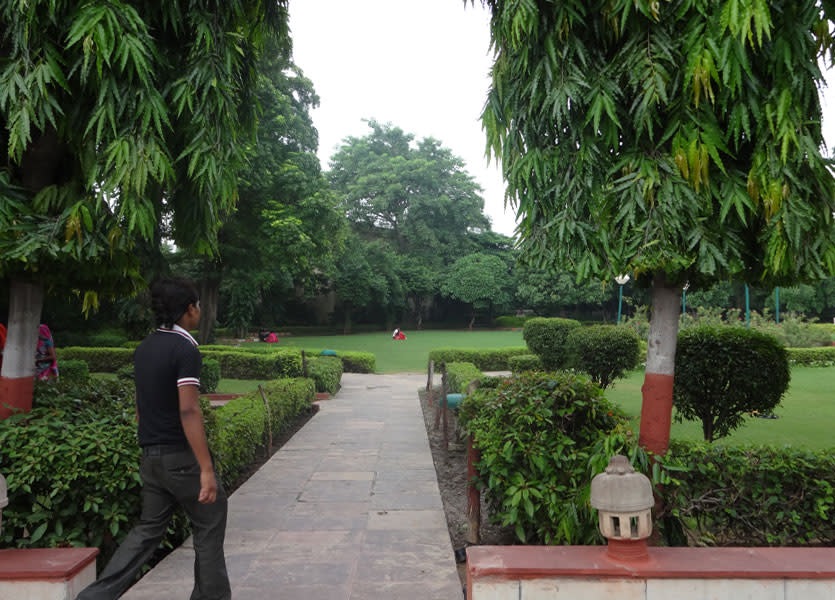 Walk along the central path towards the main statue and you’ll approach a staircase leading you down to a Shiva linga. You’ll find people praying and performing rites here, but as you go closer, the buzzing sound and the sight of tens of bees swarming over the Shiva linga will scare you instantly! However, it seems they, too, are devoted to their god and rarely sting, but you wouldn’t be willing to take that chance, would you?! 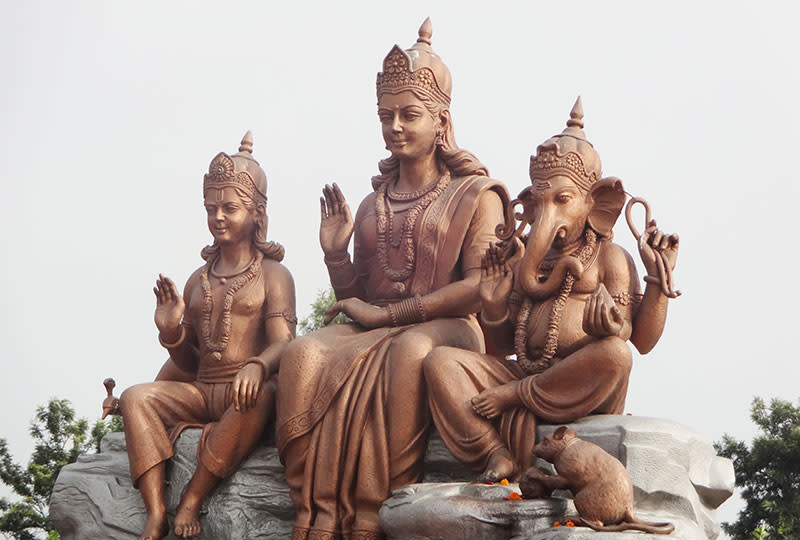 As you climb up the stairs to the main statue of Shiva, you’ll find that there are more statues up there than you could see from down below. On the left of his statue is Nandi, the bull, Shiva’s savaari (vehicle) while on his right are bronze statues of his other family members, his wife Parvati in the centre with their elder son, Kartikeya on her right and their younger son, Lord Ganesha. Next to Lord Ganesha is a small, cute statue of his vehicle, a mouse.

Many of us use this route on a regular basis, yet we never seem to have enough time to take a closer look: we usually just join our palms and bow our heads in his direction for a second and move on.

Take a mere half an hour out of your busy schedule and visit this place, if not for religious purposes, then just for the omnipresent peace you’ll find here!