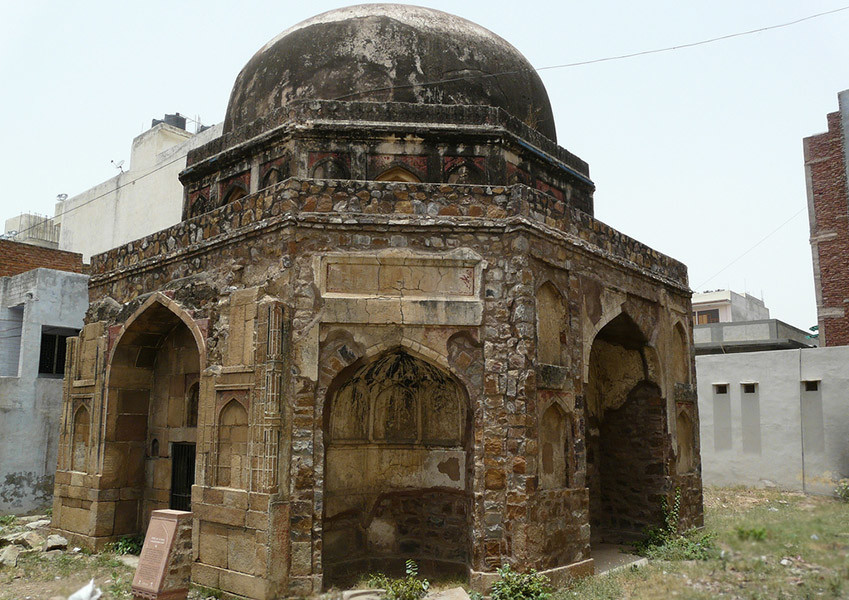 Lying near South Delhi’s Mehrauli area, Chaumachi Tomb remains a neglected and overlooked part of the city’s architectural heritage. Tucked away in a remote area, the structure is very hard to find and needless to say, does not get many visitors. Read on!

Finding Chaumachi Khan’s Tomb is more about the search than the monument itself. Even among the most obscure monuments in various parts of Delhi, it takes the cake along with the likes of Raziya Sultan’s grave, Pir Ghaib and Mubarak Shah’s Tomb as the ones that are most difficult to locate. In case you’re planning to check Google Maps and find it, you’re most likely to fail. And don’t think that most of the locals will even understand which place you mean when you utter its name! 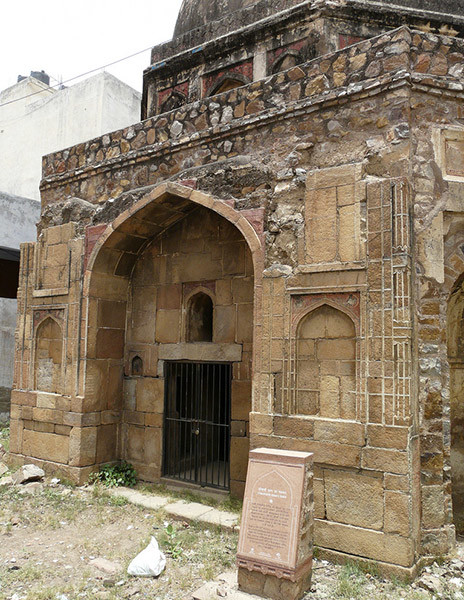 The best way to reach it is the Mehrauli Bus Terminal or Adham Khan’s Tomb in front of it and then walk along the Kalka Das Marg till you finally find the Mehrauli Police Station. Now, keep walking down the same road passing the police station till the point where the road turns left. The trick is that you don’t have to take that turn! Just take the small alley that keeps going straight.

The surroundings here are typical of old urban villages in Delhi with tightly crammed shops, not-so-smooth roads and congested traffic with various types of artisans from ironsmiths to carpenters plying their trade from narrow compartments on both sides of the alley. After 50 yards or so, you pass the alley and suddenly arrive at an open space smoothened with concrete. It’s used as a car park for residents of the apartments that surround this area from all sides. The apartments are new, modern and well furnished, thus being somewhat of an anomaly in this locality. But hey, what about the tomb?

The tomb is located on an elevated platform inside that compound, sandwiched between a couple of apartments. Not too many details are known about it except that it’s a Mughal era tomb also called Kali Gumbad. It is octagonal in shape like most other Delhi tombs but interestingly, all the eight sides are of different sizes, thus making it unique.

Getting A Glimpse Of The Tomb 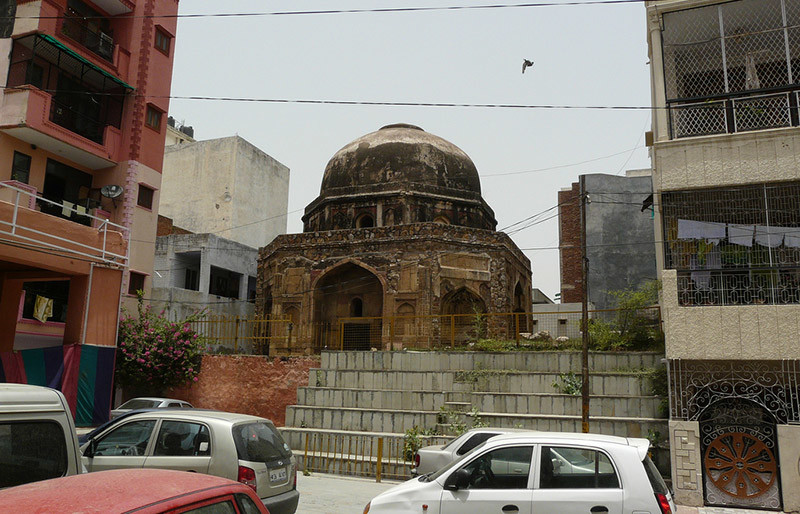 Now the tomb itself is not in a bad shape, at least compared to some others, and it’s not really crumbling, however, the ownership status is somewhat confusing. It is obvious that all the surrounding lands have been encroached but the small plot around the tomb is now firmly fenced and locked.

Apparently DDA gave the land to some builder who was about to demolish the whole monument when some conservationists intervened. So, it’s in some sort of a limbo now. It has survived for the time being, but is now considered private land and so visitors are not allowed inside the compound. One can look at it from the sidelines and the people in charge are very unwelcoming to the idea of photography.

Overall, the state of the tomb today is a travesty. It is one of most tragic stories as far as Delhi’s heritage is concerned. The monument has not only been sold off or been allowed to be usurped, the people who own it have minimal tolerance for visitors.

However, it is still worth a visit, for the sheer joy of a treasure hunt through Mehrauli’s alleys as well as the bureaucratic gaffe that has led to the present state of this monument!