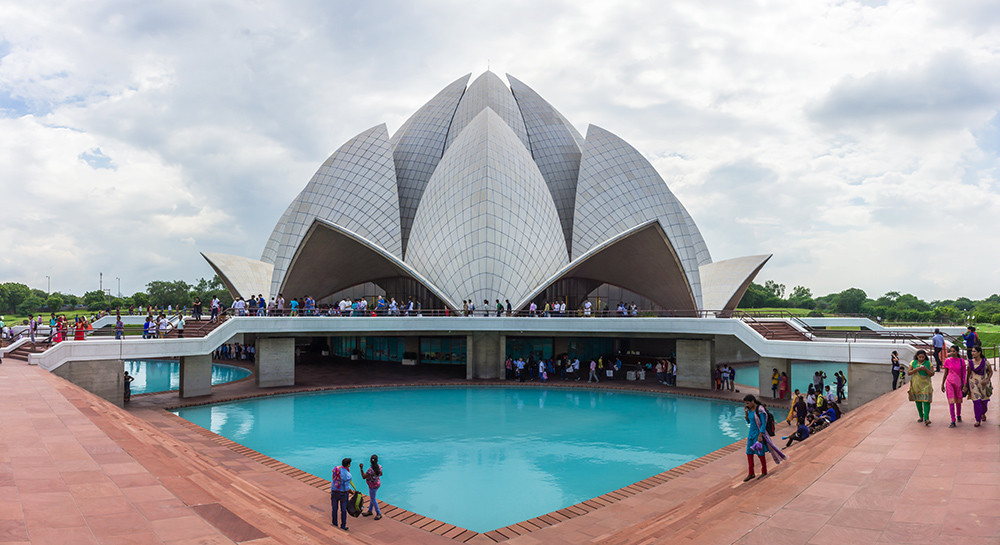 The youngest religion in the world built a temple of their faith to become a prominent landmark in the capital of a country which still practices the oldest religion in the world. The Baha’i faith founded by Bahá'u'lláh in the mid-18th century Iran, claims to follow a lineage dating back to Abraham, Buddha, Christ and Mohammed and professes the unity and oneness of mankind. India, throughout its history, has always welcomed all faiths, beliefs and cultures with open arms, accepting all, rejecting none, like an ocean into which rivers from all directions merge. 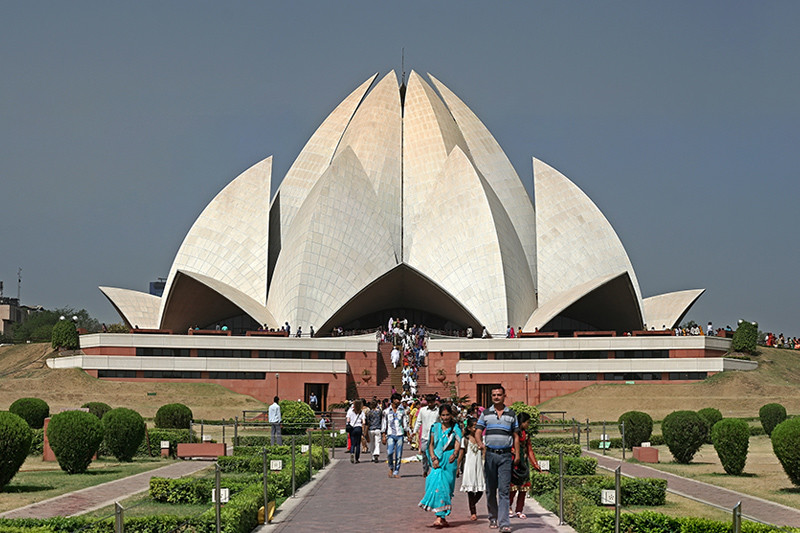 Twenty-five years ago, the Baha’is were allotted this piece of land which lies close to the famous Kalkaji Hindu temple and within walking distance of the Kalkaji Metro Station. The temple’s architecture was conceived and constructed in the shape of a lotus, in-keeping with the significance of this flower in the spiritual spheres of both Hinduism and Buddhism in India. The lotus is the ultimate symbol of breaking free from the chains of bondage, yet remaining in the world, much like the flower growing out of mud, and yet remaining above it. 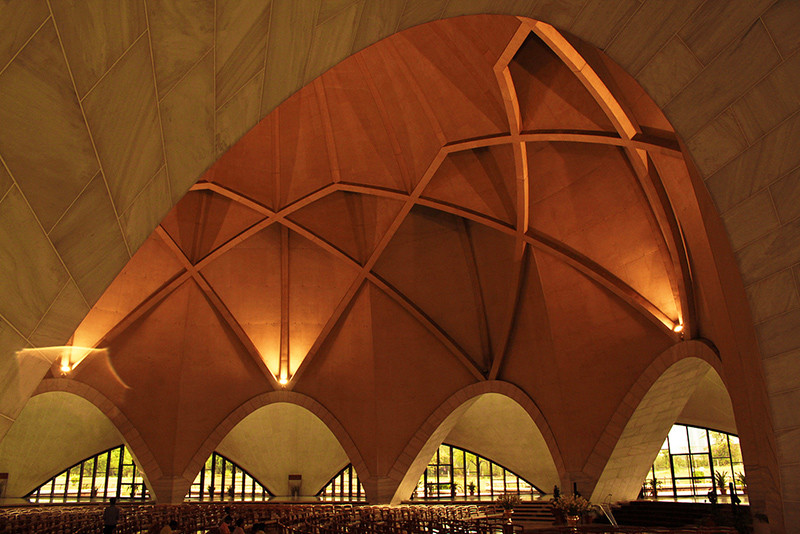 This design was very appropriate and unique because before it, no other temple or place of worship had ever been constructed like this. Using a combination of dolomite, marble, cement and sand, the nine petal leaves in white were constructed to resemble a lotus in full bloom. 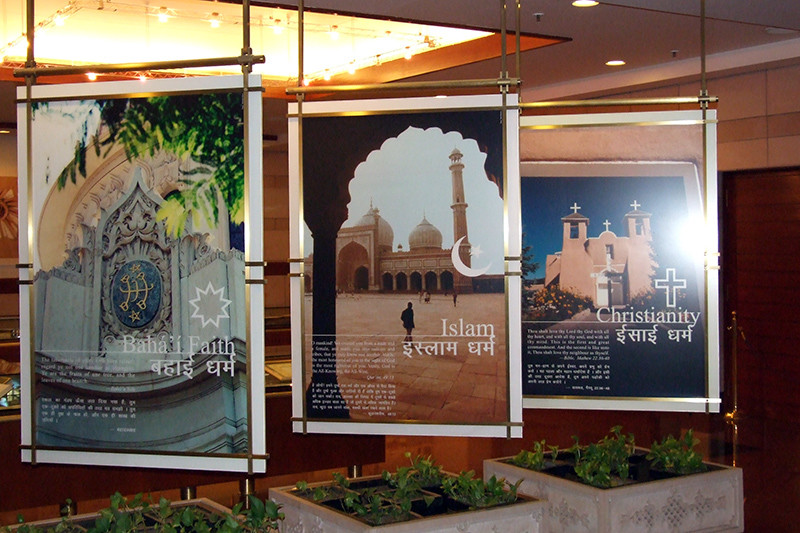 There are nine ponds surrounding the structure, each reflecting the temple in the shape of leaves surrounding the lotus flower. The beauty of the temple is breathtaking and stops one to admire the white purity in silence for a few minutes before heading inside. The temple stands in the midst of emerald greenery with undulating landscaped gardens with manicured lawns and flower beds, adding a serene and pristine touch to the entire scene. 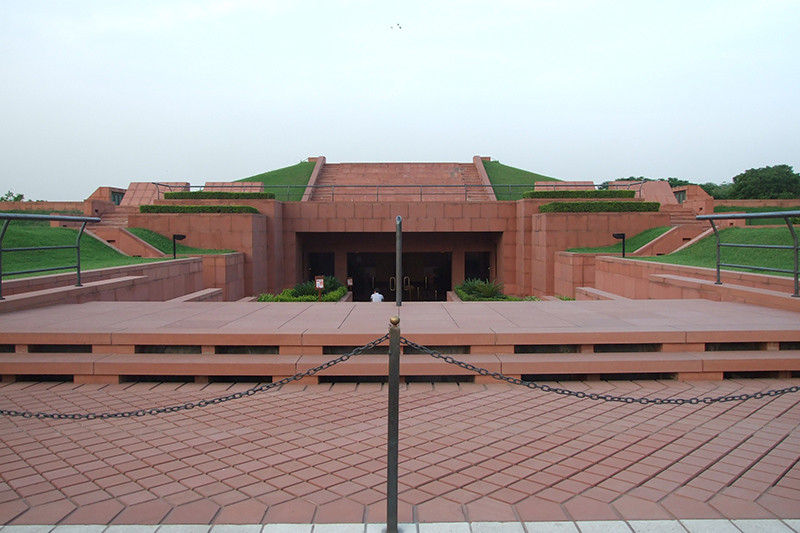 Before stepping into the temple, all footwear must be removed, like any other place of worship in India, be it a Hindu temple, Gurdwara or a mosque. The interiors are unexpectedly a sort of an anti-climax, considering what one expects from the stunning exterior façade of the temple. There is nothing inside, no altar, idol, symbols or religious artifacts to indicate that it is a house of worship. Only rows upon rows of seats, like a church seating arrangement for visitors or worshippers to quietly contemplate and meditate. 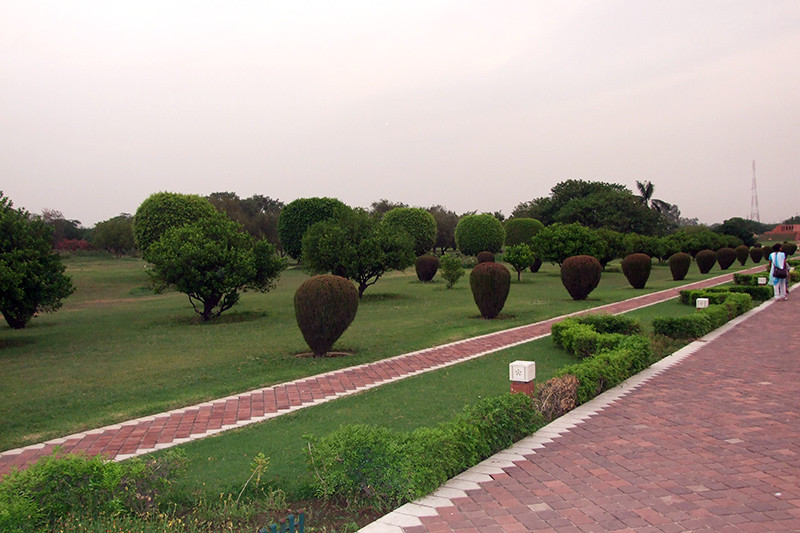 Unlike the usual buzz of people whispering in quiet tones in a tourist spot, or the sound of camera shutters clicking, the silence inside seems to seep into the very soul of the visitor, making some very relaxed, and others a little edgy. The volunteers quickly and quietly hand out Baha’i literature which contains text in all languages and disappear as quickly, leaving one to soak in the atmosphere. Entry is free for all and the temple remains closed on Mondays.

The peace and stillness felt inside the temple hall is like a weight being lifted from the shoulders and time seems to stand still, until the spell is broken and it’s time to get back to the madness of the real world. Come drop by sometime for some soul-saving peace and calm!