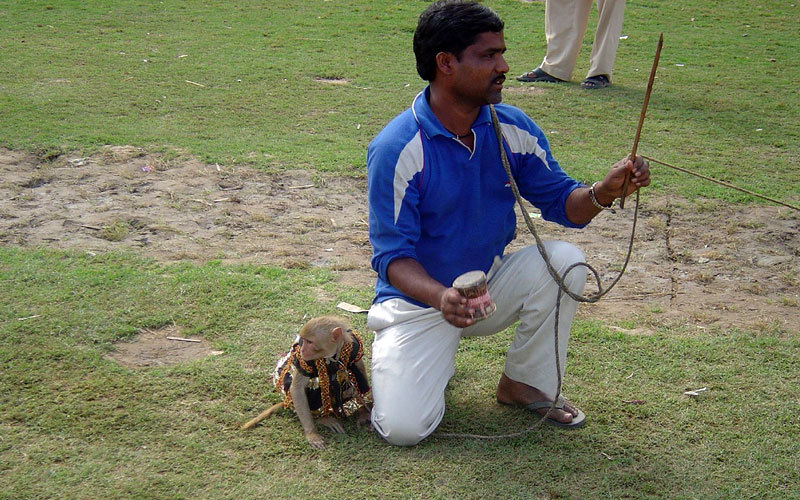 Sometimes Delhi seems to exist in different time frames. It still carries the traces of its origin as a conglomerate of villages. On one hand you have world class entertainment hubs like cinemas, theater, night-life and stand up comedians, while on the other hand, street acts involving animals and acrobats hark back to the olden times. The new and old coexist in this baffling city and you will be glad that it does. Here’s the various kinds of street performers you can spot in Delhi!

10-15 years back in time, they were a fairly common sight, but now you can rarely catch them performing their acts. Most acts involved animals like monkeys, Indian sloth bears and snakes. Monkey acts were usually performed on the streets of Delhi openly with two monkeys or more, often with one female and two male monkeys. The performer weaved a tale with a running commentary on how the males tried hard to woo the female into marriage. The female monkey was trained to put on airs and act coy and difficult. The act ends with lots of drama and finally a wedding between one of the males and the female.

The bear act is not so dramatic, but is more a display of the training provided to the bear. It performs flips, stands on its two feet, obeys the orders of its handler and shows discipline and obedience to entertain the audience. 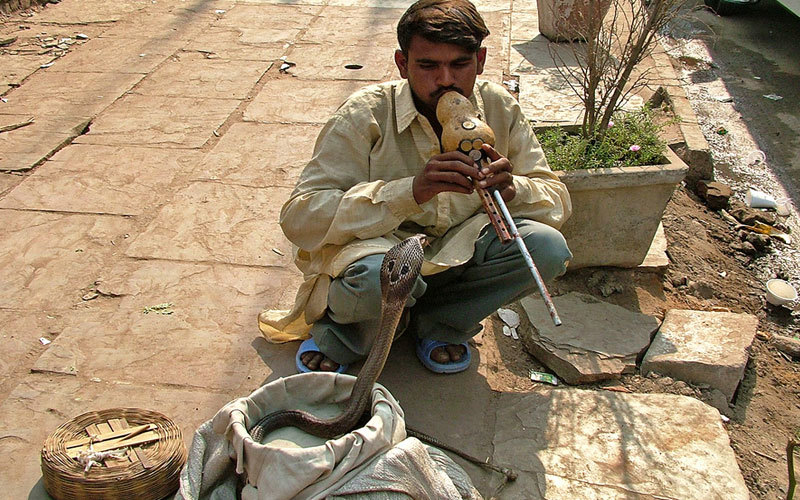 Both these acts used to be fairly common, performed at street corners, near fairs and exhibitions and bus stands. Snake charmers, too, used to park themselves at any street sidewalk with their deadly companions. When he would lift the basket cover, out would come several black cobras, hissing with raised hoods. The snake charmer would then pull out a ‘Been’, a kind of wind instrument akin to a bagpipe, playing some popular filmy tunes to which the snake would dance to. Cool! 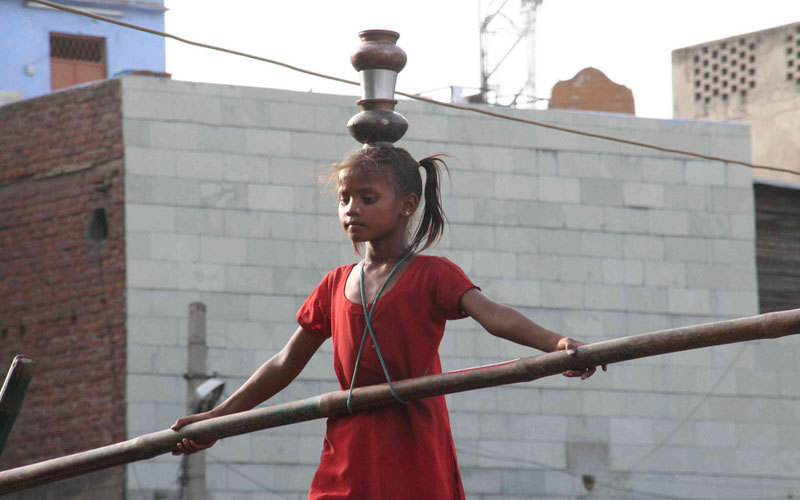 These performers select a large open space or ground. The makeshift equipment or poles are firmly dug into the earth and a tight rope is tied across the length. Usually kids as small as 5 or 6 and women walk the tightrope, balancing something or the other on their heads. Till today, on the many street lights of Delhi, you can witness beggars performing back bending acrobats and all kinds of trickery to impress the passers-by. One such noted place is at the Shri Aurobindo Marg traffic light. 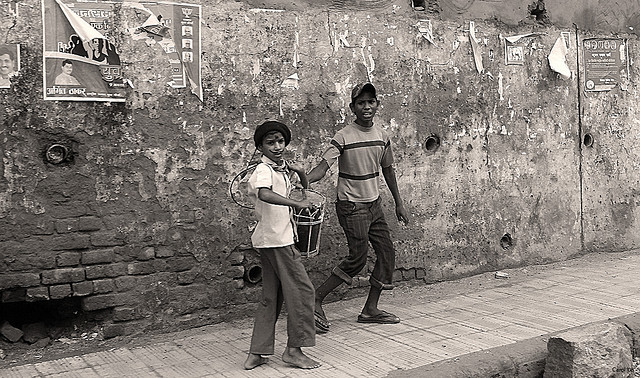 These people can give world class jugglers a run for their money! Using various items like balls, knives & wooden planks, they seem to have many hands to catch whatever goes up in the air. Dancers perform folk dances to catchy village beats or Bollywood songs with thumkas (gyrations) to earn an extra buck! 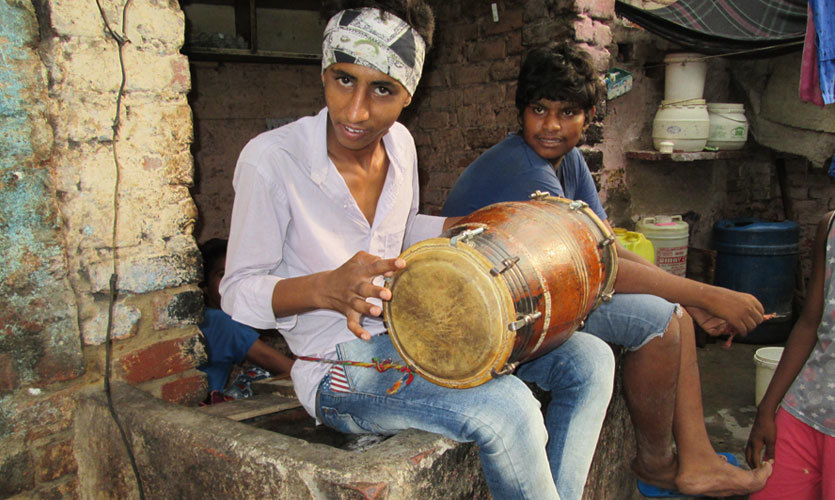 Street magicians can make you bite your lips in disbelief! Some acts involve cutting off the tongue or the body of the magician’s assistant and joining it back again. Puppet shows are done by the Rajasthani folk artists, who tell tales of valour or love through their puppet shows.

Besides these, you can also watch fire eaters, clowns, folk singers and bahurupiyas (make-up and make over artists) assume many identities of gods and demons alike. With the onslaught of television, cinema and the internet, these arts are fast disappearing from the Delhi streets. You can still easily catch some of them here in corners of the city.

Always up for a laugh or a cool gimmick that makes you say ‘wow!’? Just hail these awesome street performers in apni Dilli!