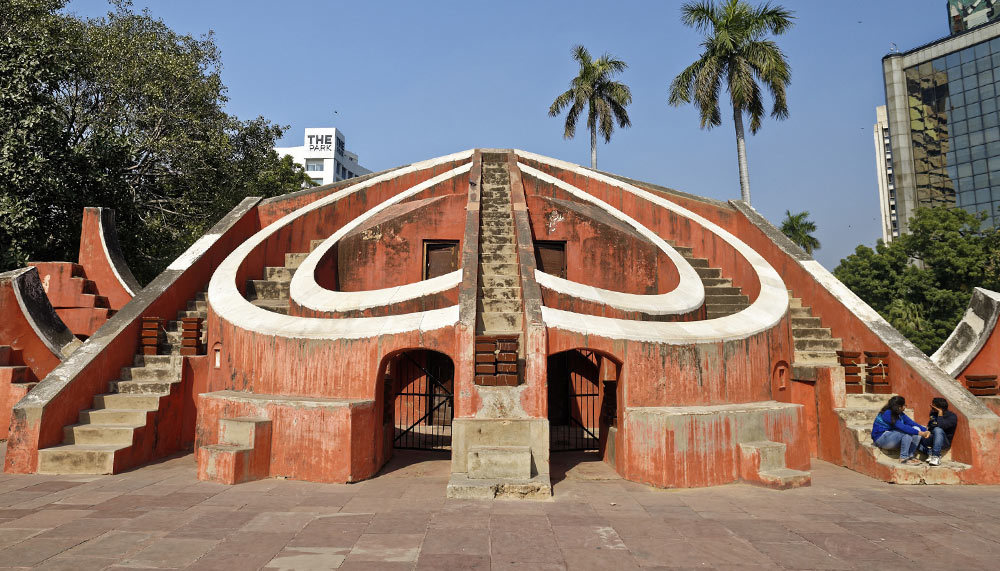 There was a time, hundreds of years ago, when most of the scientific instruments we see around us today had not been invented, technology was fairly non-existent and keen observation of the position of the sun in the sky and the lengths of the days used to tell people what time of the day and season it was. It was during such times, way back in 1724, that an astronomical observatory called the Jantar Mantar was built in Delhi by Maharaja Jai Singh II of Jaipur.

The design of the observatory showcases the scientific acuity and sheer ingenuity possessed by ancient Indians, attracting architects, astronomers, scientists and art historians from all over the world to study and decipher the significance and functioning of the various instruments. The observatory derives its name from the Sanskrit words ‘Yantra’ meaning instrument and ‘Mantra’ meaning ‘talisman’ or ‘formula’. It was designed to accurately measure the positions and movements of the sun, the stars, the planets and the moon; to predict the time of the day and make weather forecasts. 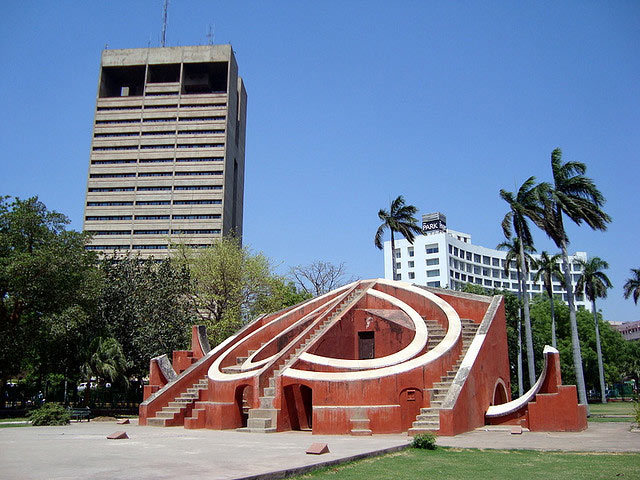 Maharaja Jai Singh is said to have been an amateur astronomer and mathematician himself, always poring over texts and attaining knowledge in several different languages. He believed that the tables, charts and handheld devices used by the astronomers and scientists of his time could not provide accurate measurements, and he thus decided to apply his knowledge to building such instruments that could solve the purpose more efficiently and precisely. With this sole initiation and determination, the Jantar Mantar in Delhi as well as those in four other cities across India took shape. 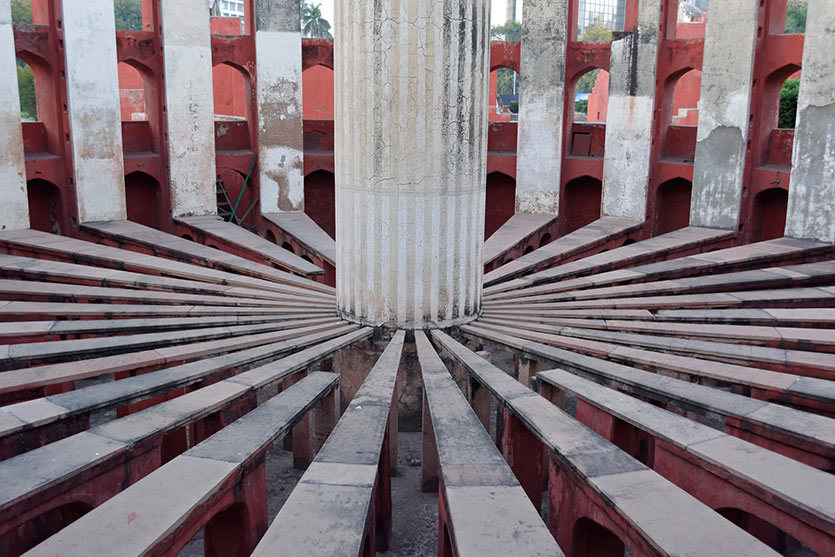 The Samrat Yantra or the king of instruments is basically a giant sundial with precision markings so that it can measure the declination of the heavenly bodies as well as the exact time of the day. The Ram Yantra is formed by a pair of hollow circular buildings that together measure the altitudes of stars. The Jai Prakash Yantra consists of hollow hemispheres with markings inside. It shows the sun’s position twice a year at the time of the equinox.

Another device known as the Hindu Chhatri can predict weather changes and the onset of monsoons. The most interesting instrument, though, is the Mishr Yantra, a group of five instruments that can indicate when it is noon in different cities all over the world. Pretty amazing, isn't it? 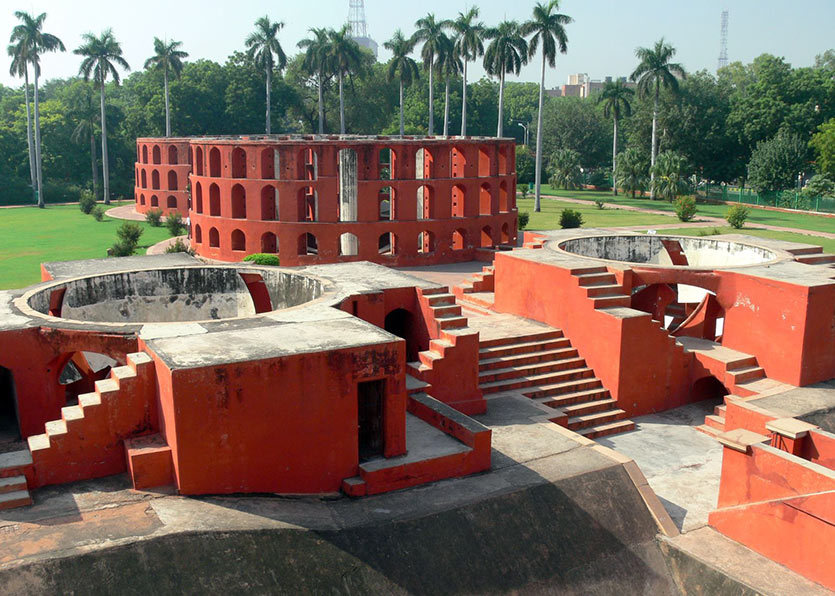 The Jantar Mantar is situated on Parliament Street, close to Connaught Place (CP) and very easily accessible from both Patel Chowk and Shivaji Stadium Metro Stations. It’s a popular item on every tourist’s itinerary when visiting Delhi.

The vast open space and lush greenery of the site provides its visitors a quiet and comfortable place for some respite from the city’s constant hustle & bustle, making it an ideal place for peaceful contemplation - come on over and get an eyeful of this ancient marvel!