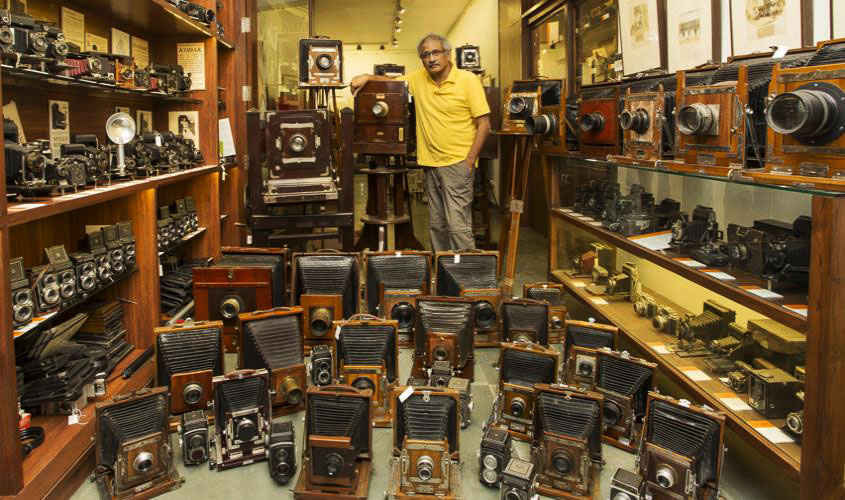 It's Official! Gurgaon to Open a Full-Fledged Museum of Vintage Cameras & Rare Photos

A visual historian, collector and photographer, Aditya Arya is known for his existing Camera Museum located in DLF Phase 3, Gurgaon which is available for viewing only on appointment.

So when we heard that he will soon, in association with the Gurgaon Municipal Corporation, be coming up with a bigger museum displaying his extensive collection of rare antique photos and cameras which were manufactured between 1889 and 1990 we were more than stoked!

Unlike mundane museums we generally avoid, this one will house some rare historic photos that would definitely rouse your interest. We're talking historic gems like rare photos of Jawaharlal Nehru, Gandhi and Sardar Patel caught up in an intense discussion, Jacqueline Kennedy (former first lady of US) sharing a laugh with Nehru, Nehru bidding farewell to his grandson Rajiv Gandhi as he leaves for a tour besides much more.

Aditya Arya also has the same model of cameras that were mounted on the bomber aircrafts that were used to drop atom bombs at Hiroshima and Nagasaki. These cameras photographed all the damage caused in the two cities. Now that's just pure gold right there!

You wouldn't believe but his collection is either self funded or has been collected through ragpickers. We just can't wait for it to open and for us to uncover all the treasures it'll have on offer!