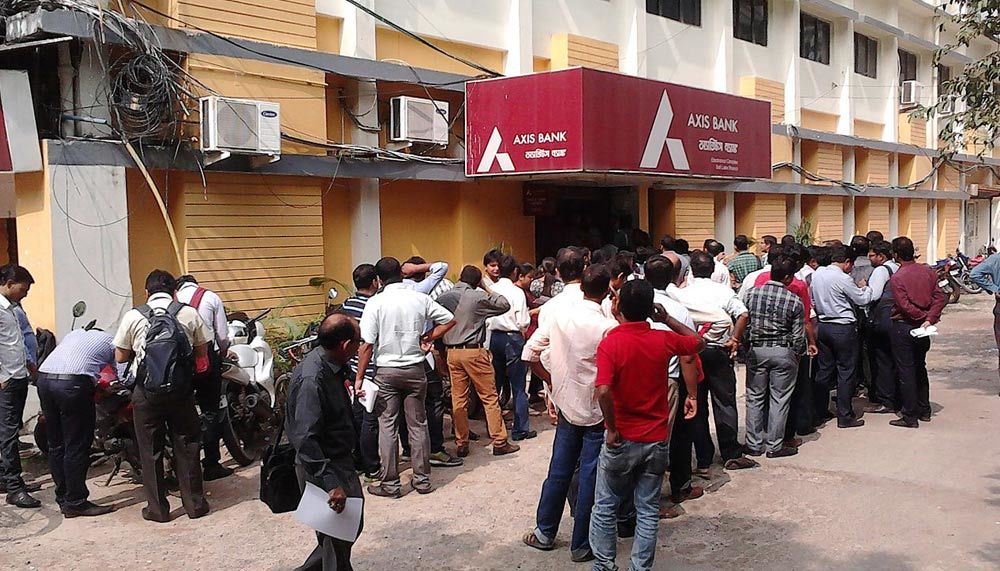 #InTimesofDemonitization - Ladoos Handed Out To Those Standing In Queues As Perhaps A Plea For Votes!

The BJP recently started with this initiative of distributing ladoos to the people standing in the queues of the ATM as a vote of thanks, but there’s obviously a little more to it! The party’s move here is to influencing voters for the forthcoming civic body polls in Delhi.

Ladoos in place of votes? Is that what we’ve come down to now?!

This act was supposed to commence from January 1st onwards, but some enthusiastic BJP workers, went on and distributed ladoos right away, irrespective of the schedule mentioned.

Delhi BJP sources that the primary objective of this post-demonetisation initiative is to convey thanks to Delhiites for the patience they have shown while standing for hours in queues to withdraw money from bank branches and ATMs, but obviously there has to be more to it.

Besides, a social motive, the initiative has a political objective as well, with an eye on the forthcoming Municipal Corporations of Delhi (MCD) polls.

If a ladoo is all it takes, then we’re sold!