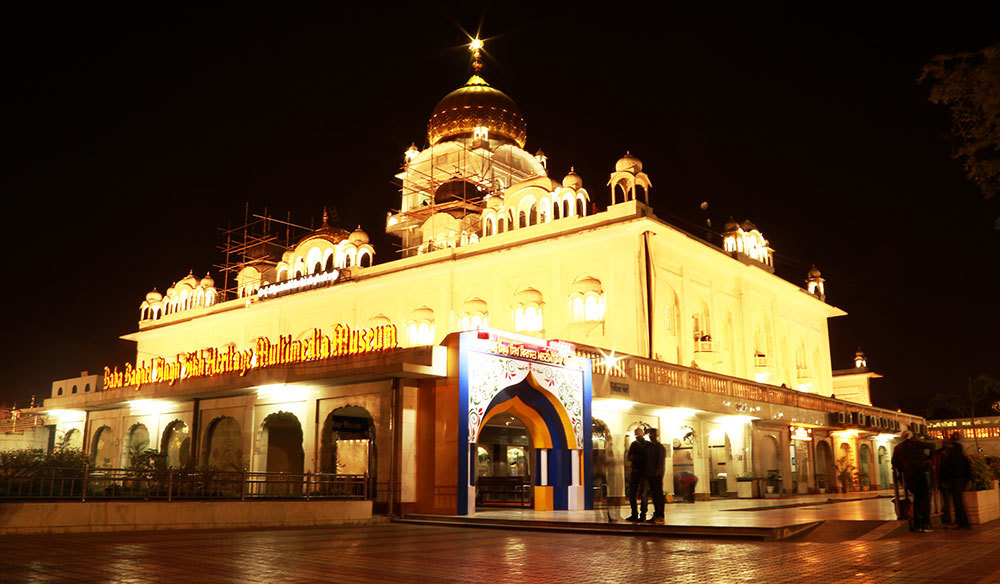 For all you photographers out there looking for a new project, we have something very special for you to brush up your skills on night mode by letting you in on the best places in Delhi perfect for night photography and gearing you up for a revolutionary expedition to capture Delhi’s beauty at night! Scroll on y’all. 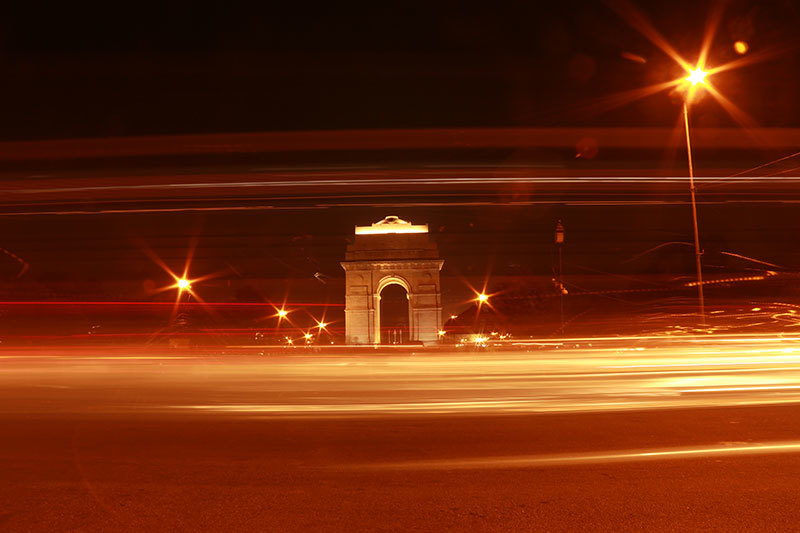 In order to get unusual pictures of the famous India Gate, the best way is to go there after 9 PM at the earliest and play with the abundance of light forms in different ways by experimenting with your shutter speeds and getting exciting results! You can make use of the people and even the reflection on the pond of the imposing India Gate as ways to capture the same structure in an unconventional way. Make sure you have a tripod or similar solid base in order to avoid shaky pictures! 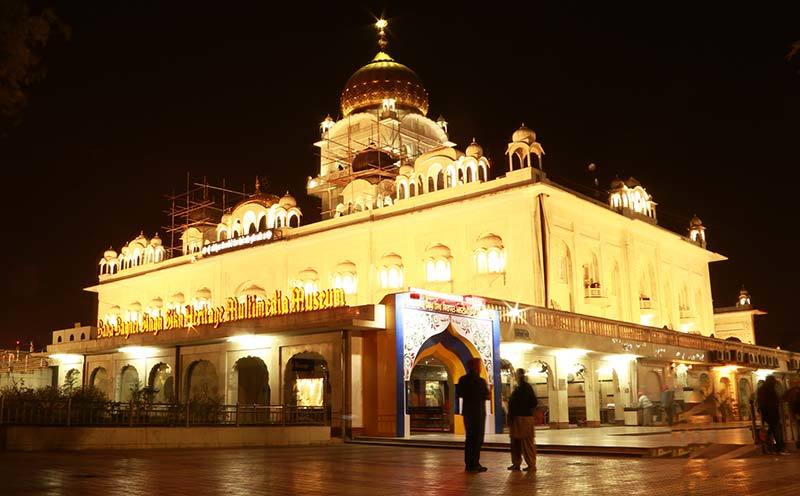 The beauty of the serene Bangla Sahib Gurdwara comes alive at night and is therefore the perfect spot to capture a magnificently lit-up Gurdwara. You can use the blurring effect to showcase the enormity of Bangla Sahib and use different and unusual angles to picturize the essence of the Gurdwara. Just FYI - photography here is strictly forbidden! 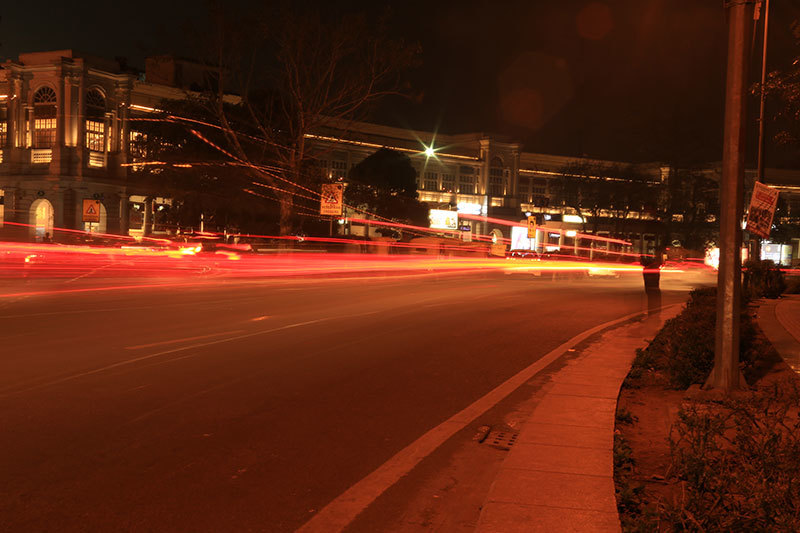 The junction point that holds the city together and is always brimming with people is also a great spot for indulging in night photography! You can make use of the space to create long trails of cars by keeping your shutter speed very low and also manipulate the different lighting to capture different objects and people. You can also try out zoom burst here by focusing on a stationary auto or car with its headlights on. 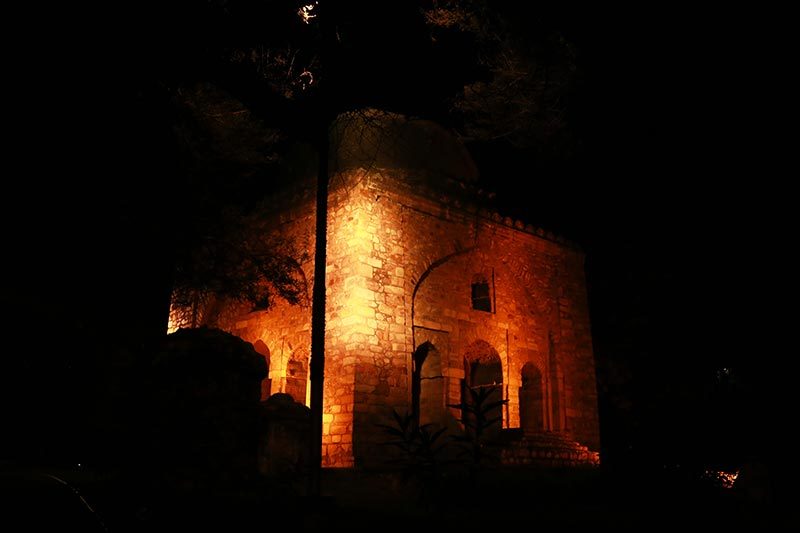 While visiting HKV for one of your many chilling scenes you might have come across a small fort (or two) just before the main market. What you might have missed is its hidden glory at night! So in order to capture the best of Delhi at night it was paramount that we visited this charming fort which was made all the more aesthetic by the amalgamation of lights falling on it through various angles. All we had to do was click a button to capture its beauty because it was just that flawless! 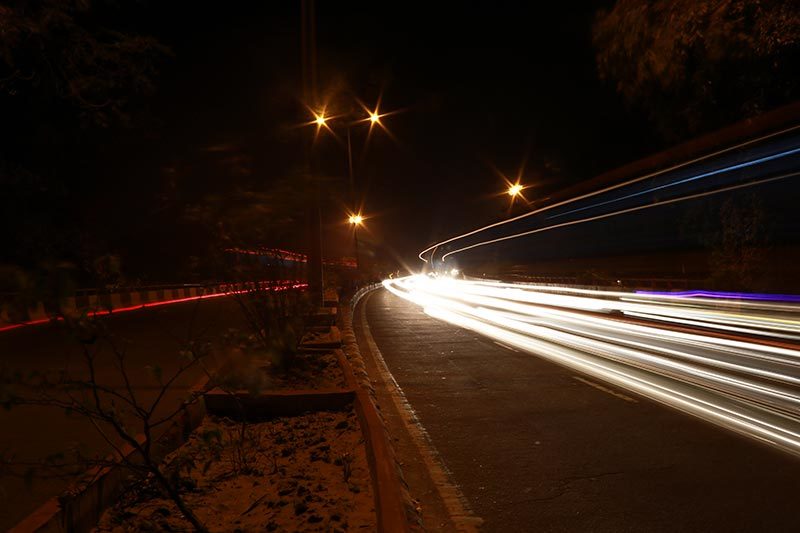 How could we miss the traffic which is the very blood that runs through the veins of the buzzing city of Delhi. In order to capture its beauty to the fullest, we went to one of the busiest flyovers which is opposite the Hauz Khas Metro Station. We made use of a slow shutter speed option and lots of courage to stand in the middle of the road to capture this frame. You can also make use of different angles which can give you surprising results!

So now you know where your next photowalk is going to be, leave your reluctance and shyness at home and head straight to one of these places to get that one (or five) picture that’ll blow everyone’s mind!