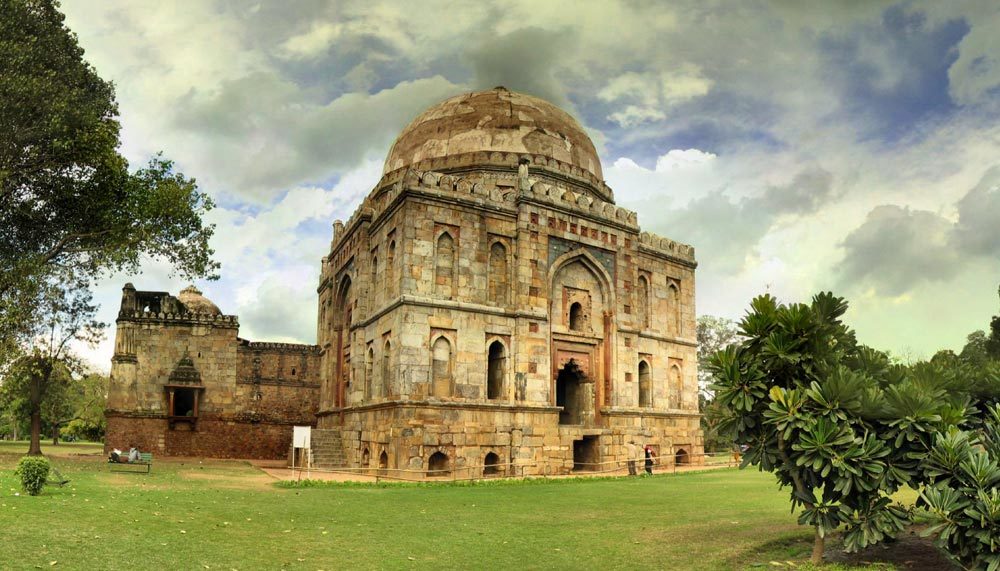 Have You Taken A Look-See At The Bada Gumbad & Masjid In Lodhi Gardens?!

Lodhi Gardens, located on Lodi road, is a place well detached from the rushing pace of urban life. A prime hub for those who look to escape their daily mechanical lives, you can find people of all ages taking strolls or indulging in activities like jogging, exercise, frolicking even and also sometimes merely lying back and relaxing, enjoying perhaps the calm and peace surrounding the garden.

Apart from being a haven for those who look to connect with nature during their busy schedule, Lodhi Gardens is also home to a few architectural sites, and the remnants of the buildings there are of national importance. 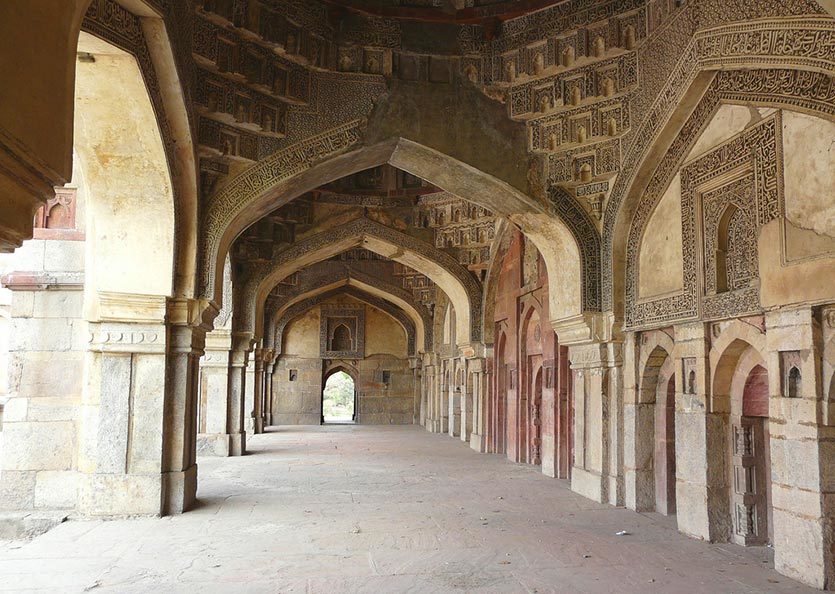 If you are travelling by metro, get down at Jor Bagh (Yellow Line), and ask any auto-waala to take you to Lodhi Garden. If you’re travelling by road, climb onto the AIIMS, Green Park road (Sri Aurobindo Marg); if you’re travelling from south to north on the road, you’ll need to make the first right turn onto Lodi road after crossing Jor Bagh Metro Station. Keep travelling straight for a few hundred metres on that road, and you can see the gardens on your left. There is also free parking available right next to their main entrance gate for the convenience of the travellers. 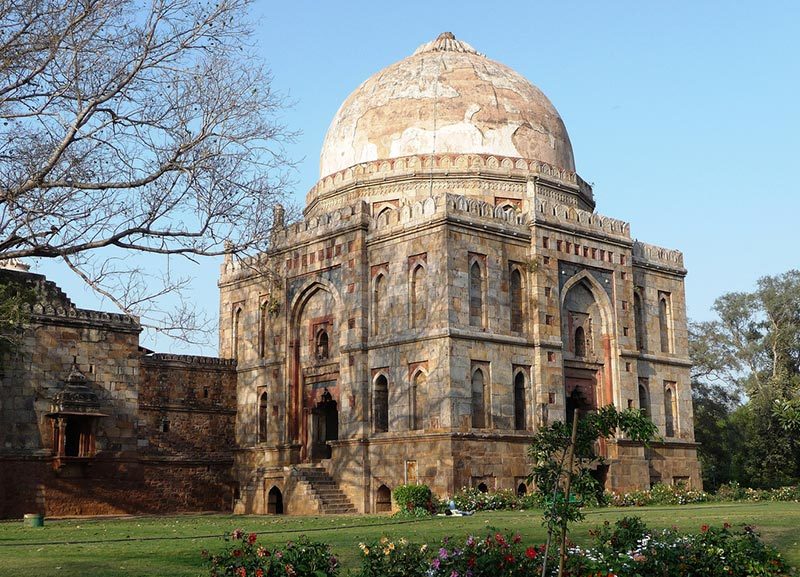 A typical feature demonstrating the distinctive architecture of the Lodi dynasty can be observed in the building’s framework, which, from the outside looks two storeyed but is not. The rest of the tomb is pretty much built in a simple fashion, with the main material used being grey quartzite. Red and black stones are also used for decorative purposes visible on the facade and the doorways of the tomb, which all add to the effect of the Bada Gumbad. 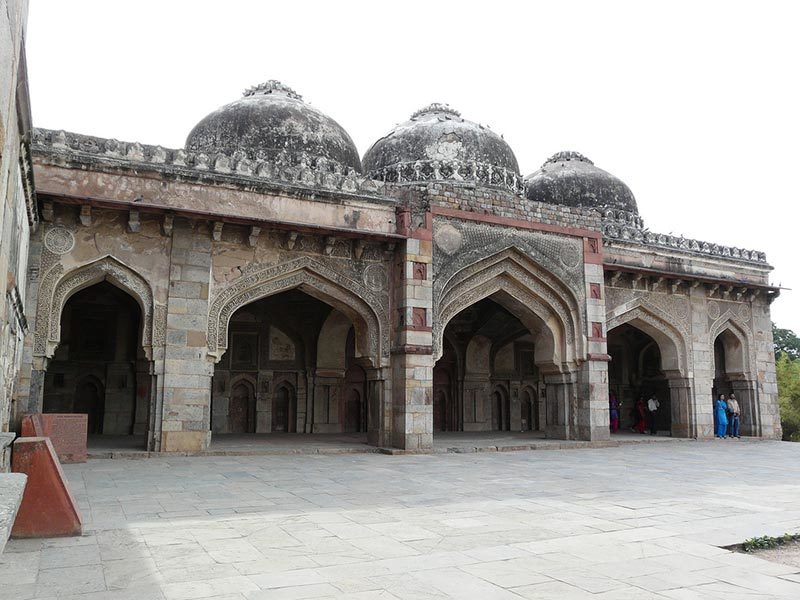 The Bada Gumbad Masjid, which is a three domed mosque constructed probably as an adjunct to the Bada Gumbad itself, was built in 1494 during Sikander Lodi’s reign, according to an inscription in the southern interiors of the masjid.

The five arch openings of the masjid incorporate distinctive features of this dynasty such as the jharokhas (cantilevered, enclosed openings) and a frontal structure consisting of a bracket and chajja. The archways and the interiors of the mosque are covered in extremely rich Arabesque stucco decoration and paintings. A closer look at these designs reveal that along with floral and geometrical shapes, scriptures and quotes from the Quran are also inscribed on the stones. 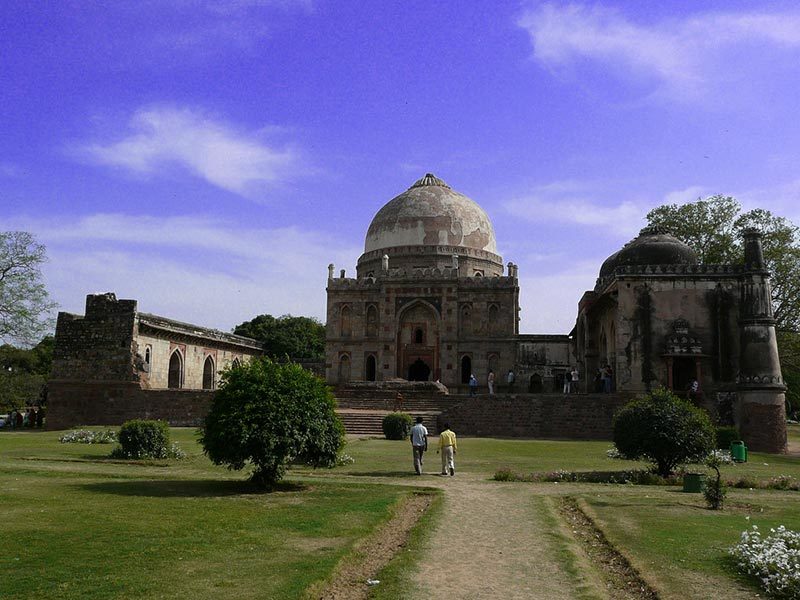 There is another building similar in shape and size as the Bada Gumbad Masjid, built opposite the masjid itself. This building was probably a mehman-khana (residential building) and it is built surrounding a courtyard, thus providing a complete structure to the monument and imbuing it with symmetry.

The tomb and its adjacent mosque is a remark of the beauty and elegance which Lodian architecture stands for, and in only visiting this place can you truly appreciate its beauty in all its aesthetic qualities, come come on by!