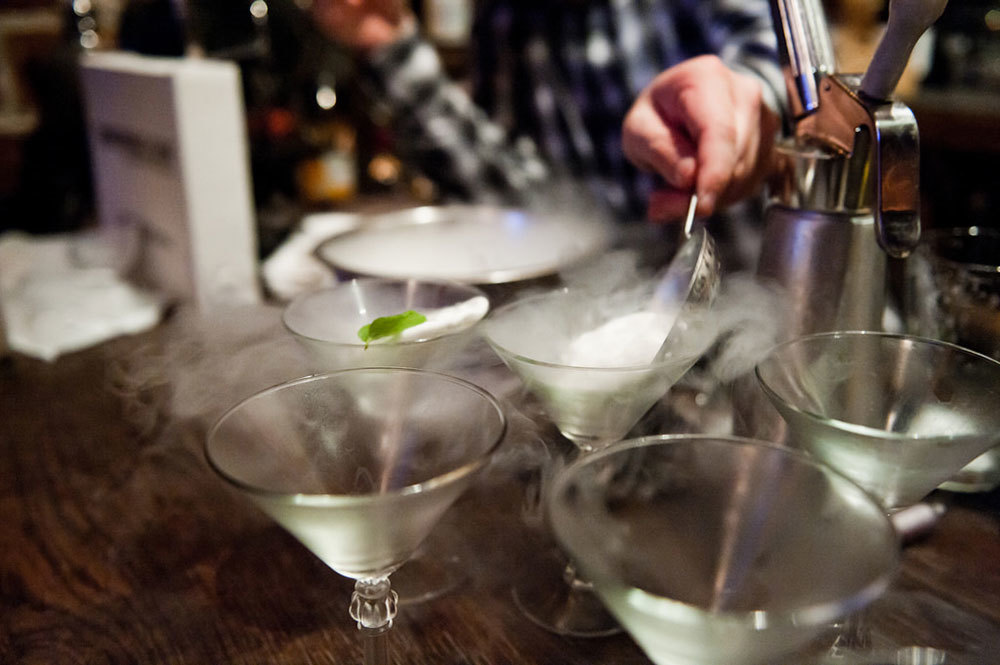 Recently only a Delhiite ended up burning a hole in his stomach due to the intake of a nitrogen based drink. Thus, seeing this hazardous health issue crop up, the Haryana Govt. has decided to ban the use of liquid nitrogen at restaurants and bars!

More than two weeks later after a Delhi businessman survived major complication after the intake of a liquid nitrogen mixed drink, the Food and Drug Administration Department decided to prohibit the flushing or mixing of liquid nitrogen with any drink or food article. DAMN.

Not only this, this will also lead to surprise checks in various restaurants and bars, especially those in GGN, Faridabad and Panchkula to make sure that this hazardous chemical liquid is not being used anywhere.

What we personally feel is that instead of just going ahead and banning the use of liquid nitrogen, why not explain to people what the hazards are of consuming liquid nitrogen and exactly how one should consume the same to be safe from health hazards. Why not tell people about how they need to wait for it to subside and only then consume the same instead of gulping it down while the drink is still bubbling?

But no, an easier option is to straightaway ban! What we fail to understand is that there are a bunch of restaurants and bars that work solely on the concept of making things from liquid nitrogen, now what are these restaurants supposed to do?

Why not think of various other readily available alternatives before banning something? Tell us your take in the comments below!