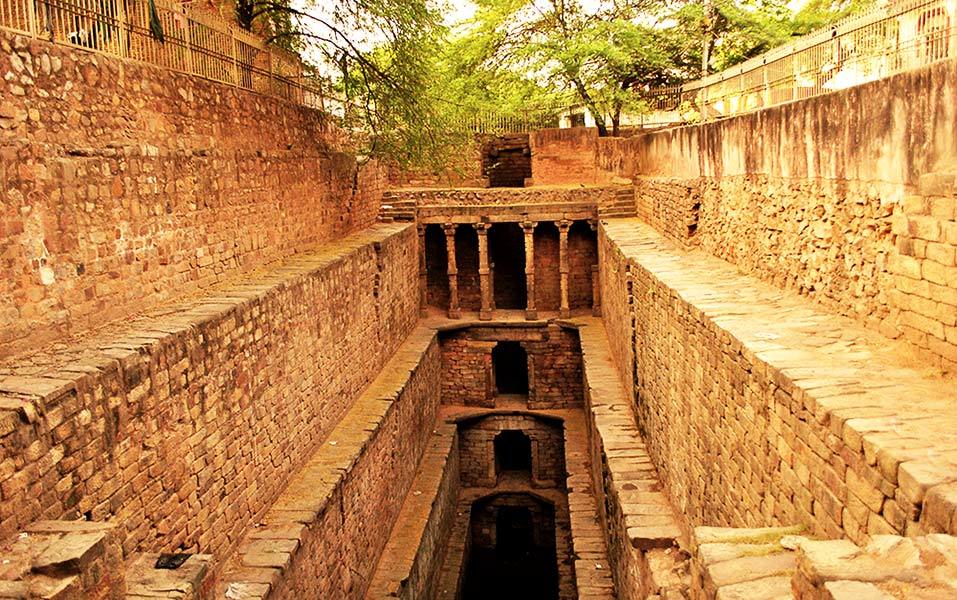 The mention of Mehrauli immediately brings to mind the image of Qutub Minar for all Delhiites; however, hidden away, there lie many other monuments and ruins which are known only to a choice few. Gandhak Ki Baoli is one among them, built by Sultan Iltutmish. It’s a five-tiered step-well, built of sandstone and many claim that the water of this Baoli used to smell like Gandhak (sulphur), hence came the name. At present, there is some water that remains in it; however, this too dries up from time to time.

The nearest landmark to this place is the Mehrauli Bus Terminal. You can hop on a bus (34, 427, 463, 502, 534, 717 etc) all of which will take you to the terminal. The nearest metro station is Qutub Minar, which is a bit far; and hence you’ll have to take an auto from there. If driving, park your vehicle near the terminal and start walking ahead, with the terminal on your left. Turn in the very next lane, adjoining the famous sweet shop of Pandit Siyaram. Doubts may creep up on you about the location, when you walk on by a big Gurudwara, but keep going. On your left, you’ll notice an enclosure of iron grills and on your right, a restaurant called ‘Pahalwan Dhaba’. 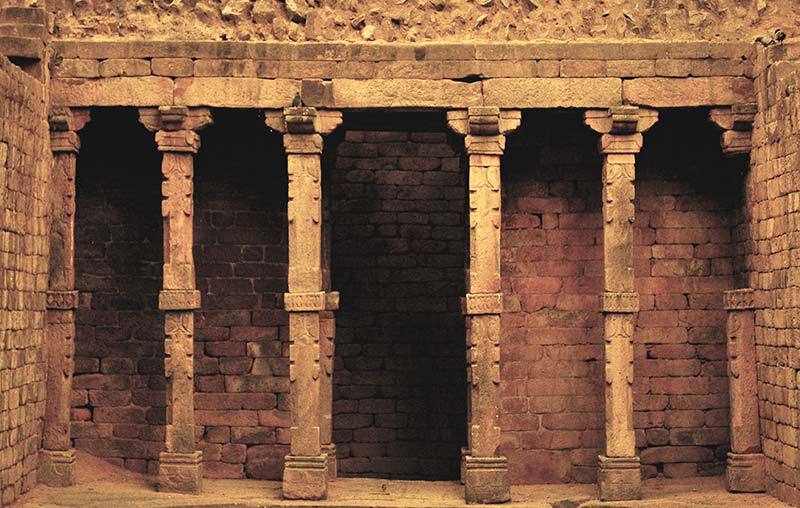 A signboard will tell you that you have reached your destination - Gandhak Ki Baoli, and another would proclaim it to be a protected monument by the Archaeological Survey of India (ASI). A locked gate between these two boards dampen your enthusiasm – just turn around and you will notice a narrow lane that goes around the monument and you can get a glimpse of the Baoli from the open doors of a dargah (shrine). The doors remain open from sunrise to sunset, but the best time to visit it is early in the morning, when there’s hardly any traffic.

Once inside, take the time to admire the beauty of the simple tiered structure of yellow sandstone, in the form of gradually reducing rectangles. A flight of steps lead down the well and you would be able to make out the difference in temperature as you go down, due to the cooling of the micro-climate by the water in the lower levels.

Walk around to the other side along the ledges at the intermediate level and you’ll be surprised to find a deep cylindrical well at the other end. These two are connected structures and thus, share the same water levels. There are provisions for setting up torches around the cylindrical chamber to light up the well at night, while the rectangular side was perhaps lit up by moonlight, as there are no niches for lamps here. 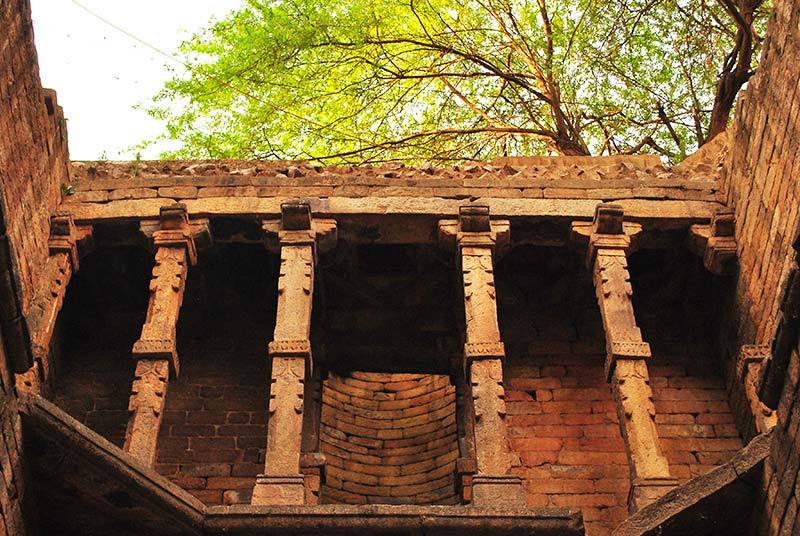 Today, the monument lies in a dilapidated state, in dire need of conservation and public awareness. The step-well may not be serving its original function, but water collects in the lower levels during the monsoons. Debris lies in the topmost section of the steps, making it difficult for any tourist access. The water is also filthy and the moss makes the stones slippery. It’s about time that the authorities look into clearing out all the rubble, trim the vegetation and place railings along the ledges at intermediate levels making it safer for tourists to visit this place. Located at one edge of the vast Mehrauli Archaeological Park, this monument is a trailer to the ruins of a settlement that had developed in the 16th and 17th centuries.

Do take out some time and your seldom used DSLR to explore this baoli! 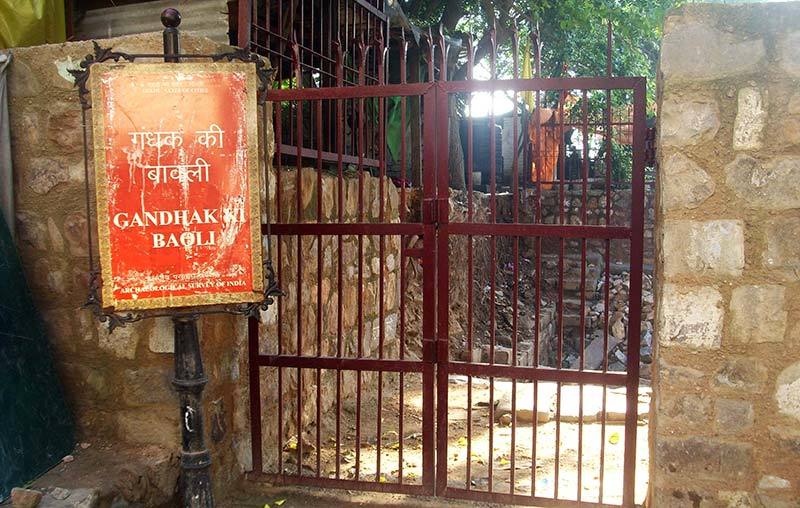 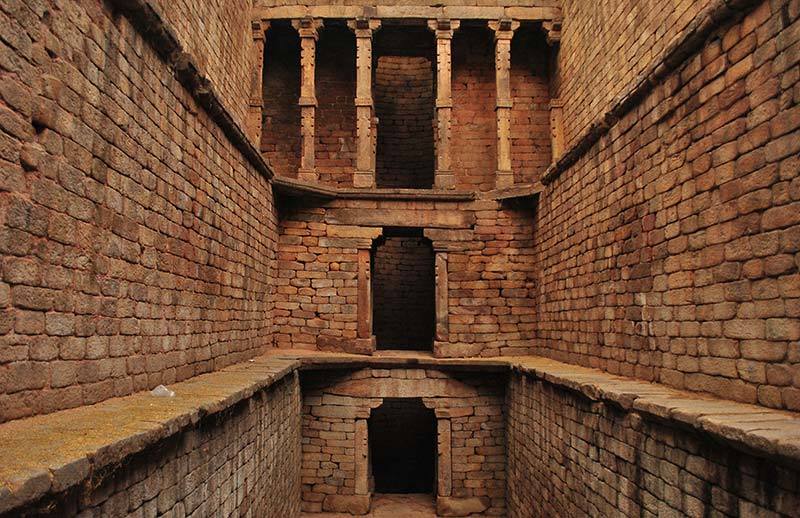 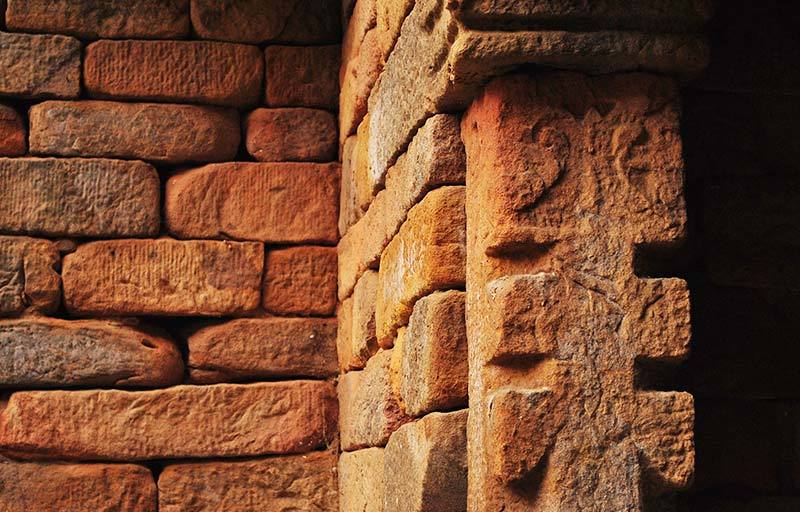 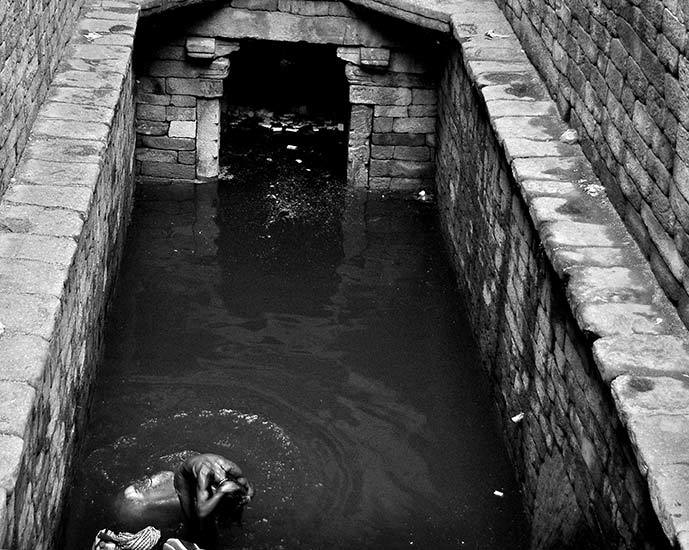