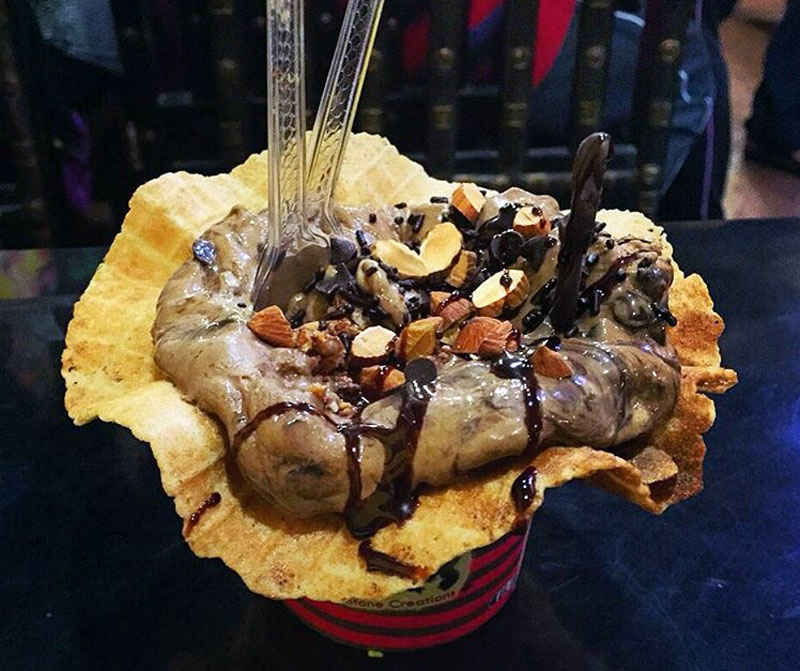 East Delhi, Beat the Heat with Sweet Treats at Goosebumps

Although East Delhi may not have the famous Hokey Pokey or the killer Oh So Stoned but you must know that their famous ice cream parlor - Goosebumps matches up to its competitors!

All their ice creams are just killer! Either doused in fudge sauce or with a brownie topped with almonds and served on a waffle base cone, they’re just lip smacking be it the presentation or the taste.

For the Kiddies | For the kiddies these guys serve ice creams with marshmallows, jujubs, jelly cubes, choco sticks and exotic fruit toppings. The Candy Land, Bubble Gum, Magic Pop and Red Snow would definitely give your kids that sugar rush which leaves them giggling!

For the Child in You | Chocoholics you will be spoilt for choice with their Nutella, Chocolava, Willy Wonka, Brownie Break and what not! Also we're totally diggin' the Donut and Nutty concept they brag about.

The range of ice creams here starts from 90 bucks! Dig in!!