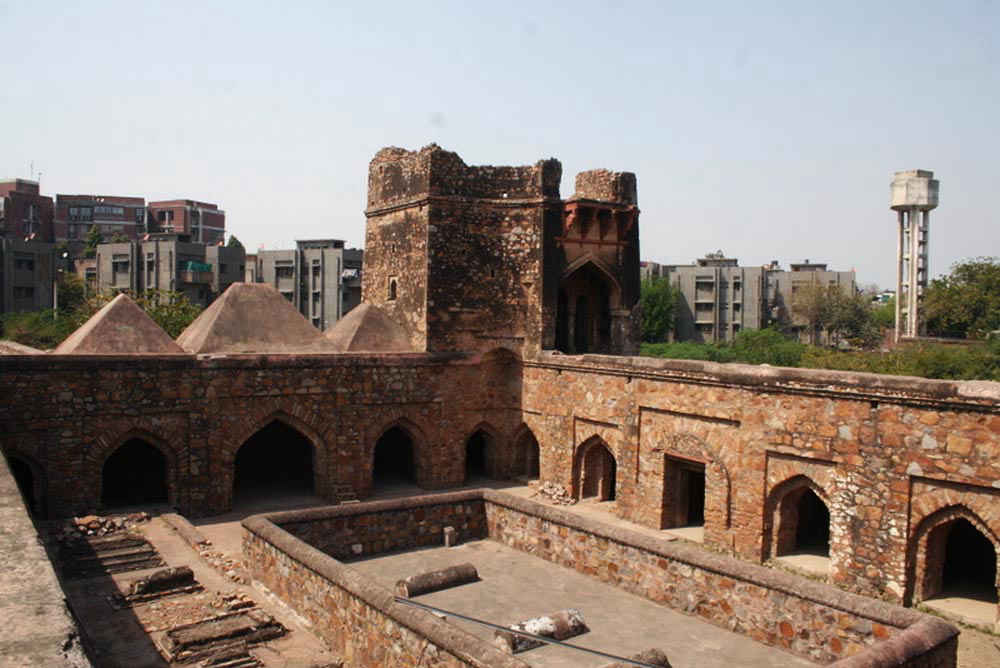 Jahanpanah, the fourth city of Delhi, has always been an enigma. Lesser known, short lived and less celebrated, this one is among Delhi’s lost gems but is incredibly easy to visit, considering the fact that the remnants of it are now scattered among some of the most densely populated residential areas of South Delhi. Today, we bring you Sarai Shahji, the obscurest of the obscure monuments located in this area.

A Forgotten Jewel of Jahanpanah 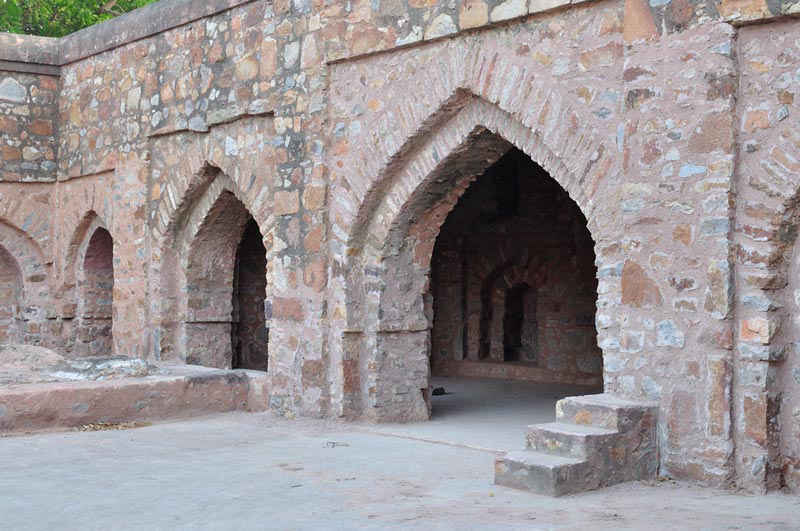 The Sarai Shahji Mahal can be easily located in the Geetanjali Road that passes through the Shivalik area of Malviya Nagar. Although it is technically an area attached to the Begumpur Village, it is better to go via the main road rather than entering the village from the other side and getting lost in the maze of narrow alleys. The palace and the surrounding buildings used to be a part of the Sarai Shahji village.

As the name suggests (Sarai means 'inn'), it was meant for the faraway travellers who found shelter here, much like Badli ki Serai or Sarai Rohilla on the other side of the city. These buildings are predicted to be from the Mughal era, thus making them a bit more recent as compared to the other monuments in this area. 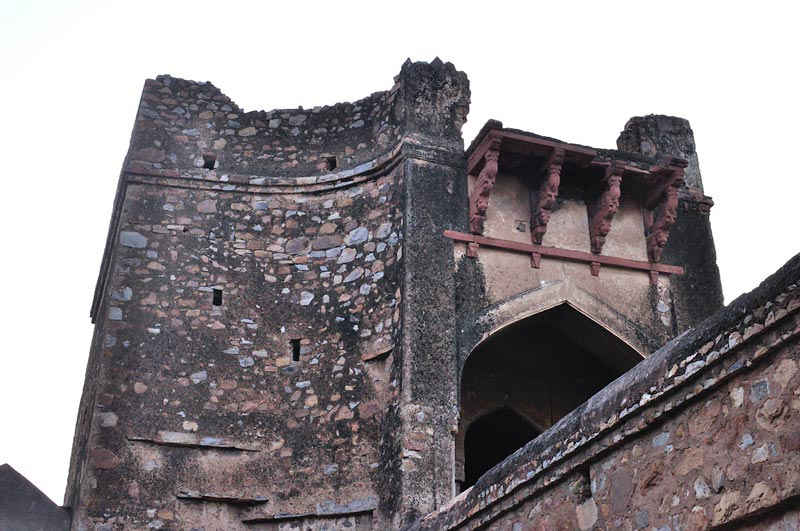 The main building is a rectangular construction with a large courtyard. However the courtyard is not empty as it houses several graves of unknown people protected by high walls from all sides. While it is partially destroyed, towards the west there still exists a portion with conical roofs. This part was probably a mosque at some point.

The adjacent building is a three-storied tower which is exquisite in terms of design as a closer look can show you a confluence of Indian and Middle-Eastern influences, as is always seen in India. This can be entered through doorways although they are not in a very good condition. It is interesting to see the balconies protruding out from the tower which makes it look much more exotic compared to the rest of the building. 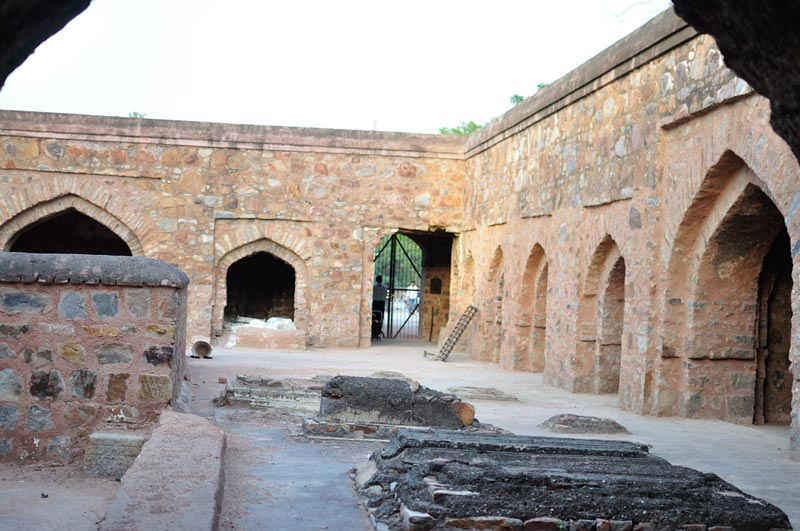 Interestingly, this forgotten monument has been assigned with a guard while a lot of other monuments remain unguarded. The guard generally keeps the grilled-iron gate locked the whole day but that should not discourage anyone. He opens it up upon visitor requests.
It is keep closed probably to prevent local children from entering the compound and is surrounded by a highly populated village where the threat of encroachment is high. While historical details are scarce, the monument seems safe as of now. 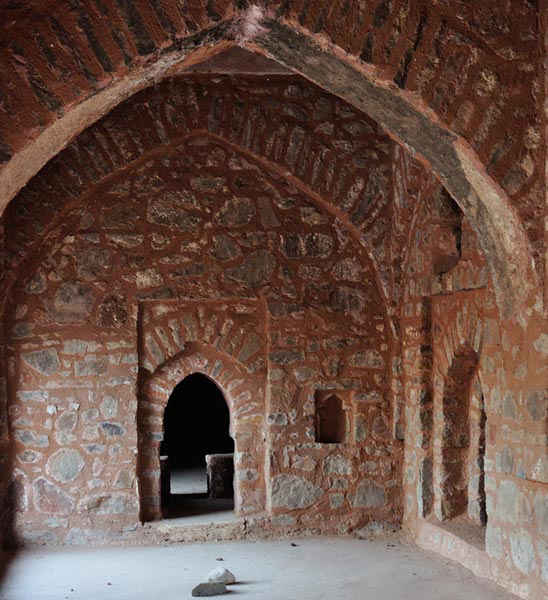 Just take the Shivalik road and keep walking. If you start from the side of the Malviya Nagar metro, just keep walking through the road keeping an eye on the left side till you notice a small lane with a signboard for Jamia Faridia mosque. This is where you take a turn. The mosque is adjacent to the monument. Happy hunting!