When done with the chaotic admissions, it’s time to get acquainted with DU and the campus which is calm, embracing and unifying at the same time. One big joy associated with DU are the eating joints found around the University. Hence we bring to you the best eating points across the campus.

Located just opposite Kamala Nehru and Gargi College, this place satisfies your food pangs with a plethora of eating options. In a predominantly women environment, Mithas with its limited seating serves customers ranging from college goers to families from the neighbourhood. Chole Bhature, Samosas, Chilly Potatoes & Grilled Vegetable Sandwiches are a hit amongst its customers. To soothe your Chaat fetish there is a stall offering Gol Gappas and Ice-creams outside Mithas. With a light decor, peculiar infrastructure and affordable prices the place is an all-time favourite among the students. A meal for two costs approximately Rs 400. 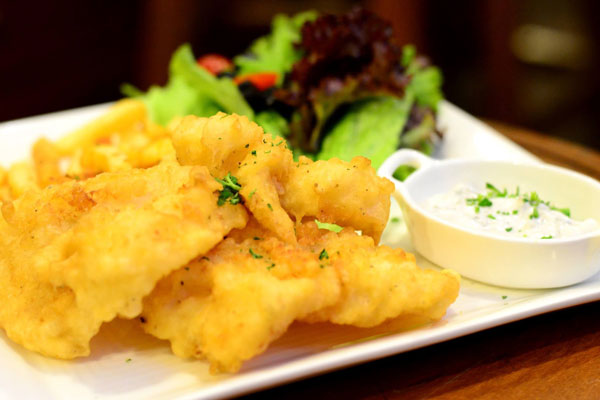 This quaint little haunt, located near Mithas is quite a popular spot for the youth of Delhi. With its picnic like and unassuming ambience, this casual cafe makes for the perfect spot to catch up with friends or unwind after a long lecture. It offers relishing Italian, Continental and Cafe food, with often ongoing discounts for students who may find it a bit on the expensive side. A meal for two costs approximately Rs 1200.

Beeryani is a hotspot for students residing in the area. It offers an innovative concept of serving various deals on domestic and international Beers along with a sumptuous choice of Biryanis and hence the name! They are spread out on two floors and also have a screen where you can sit back and enjoy the match besides foot tapping music. When here do try their Fattedar Tandoori Murg and Burra Biryani. A meal for two costs approximately Rs 650. 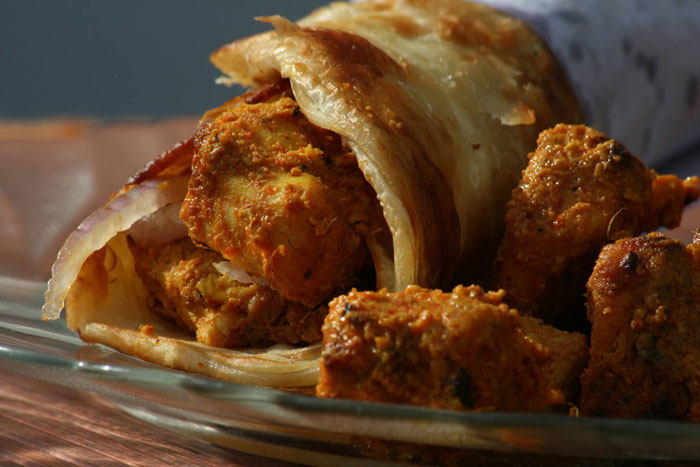 Chowringhee is another beloved street-food joint of South campus, right across these colleges where students come down to enjoy the speciality of the joint- Kathi Rolls. Rolls are a bliss for students with jam packed class schedules and this place allows them to indulge in quick meals in-between class breaks, with various options ranging from Mutton, Paneer, Egg and Potato Rolls. It is also a very economical option to fill your tummy as a meal for two costs approximately Rs 200. It also outlets both near North and South campus. 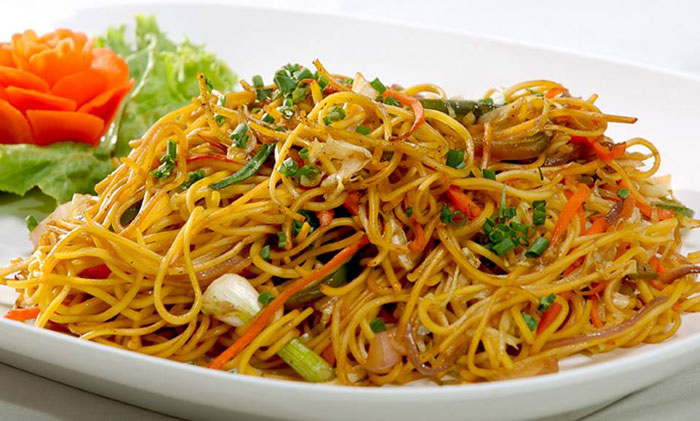 The restaurant with a decent ambience and limited place to sit serves amazing food and is a favourite among students. It serves Soups, Starters, Momos, and main-course for vegetarians and non-vegetarians. Their Tandoori Momos are a signature dish. A meal for two costs approximately Rs 600. It also has an outlet in North Campus. 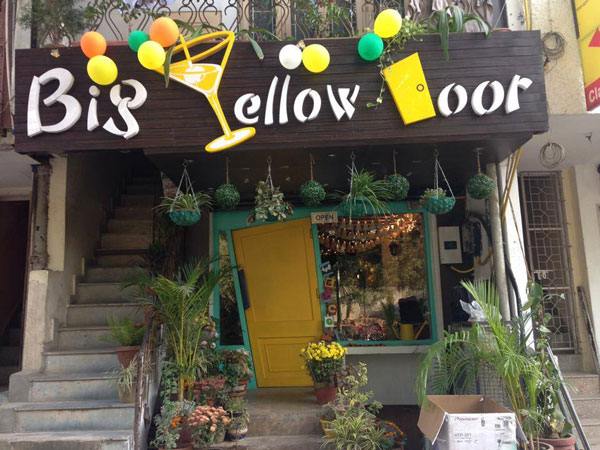 Almost every student of Delhi University has been to the beloved 'BYD' and ever since it has opened in the South Campus area of Satya Niketan, one is sure to find someone they know standing outside the huge waiting line. This is a small restaurant with cozy interiors known for serving great Cafe, Italian and Fast Food. Do try their Cheese Bomb Burger, Baked Nachos, Chicken Wings and Pasta in White Sauce. A meal for two costs approximately Rs 500. It also has an outlet in North Campus.

Weaving though the Mughal archives, the khansamas from the walled city of Jama Masjid bring the authentic taste from the kitchens of the emperors to New Delhi. Must tries here include Mutton Kakori Kebab, Chicken Dhaga Kebab, Al-Karam’s Spl- Mutton Nahari & Changezi Chicken. A meal for two here costs approximately Rs 800.

Located outside LSR, the menu here boasts of two items- Bhel Puri and Sev Puri, both not more than Rs 20. He is present on all working days i.e. from Monday to Friday, at the same place. For the spicy Chaat lovers, blessing as it is, Sev Puri is a hit among the girls. With an abundance of coriander and jhaal over it and with a tangy essence of lemon to it, the demand is high for it; a complementary Mathi or Bhel adds to that sublime eating experience. A plate of Bhelpuri would cost approximately Rs 30-40.

Bhel Puri seems to outdo possibly every other in-between class snack. There are three famous Bhel Puri joints in North Campus- outside Hindu College, near the entrance of Patel Chest and another in Kamla Nagar Market costing Rs 20-40. Light and appetizing as it is, it is accessible and affordable. You can ask for a full or half plate of Bhel Puri with special additions of a lot of Bhel or Mathi, extra sweet or spicy according to your preference. 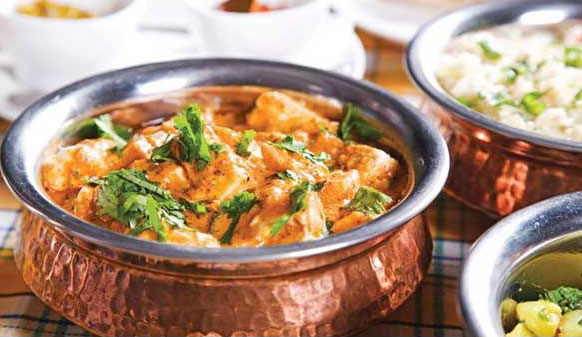 A completely vegetarian restaurant, Indus Flavour pays tribute to the seat of India’s oldest civilization that flourished all over the Indus Valley and so its menu is a tribute to the rich culinary traditions of the antique North-western regions of present day India and Pakistan. Must tries include Dahi ke Sholay, Mohenjodaro Dal Tadka & Peshawri Paneer Tikka. A meal for two costs approximately Rs 700.

Near Malka Ganj, Chacha ke Chole Bhature are absolutely divine as well as filling. A plate of it would cost you Rs 70 and the quantity is good for a heavy meal. The popularity of it can be gauged from the fact that sometimes the shop wraps up even before 2 PM. A small shop as it is, Chache di Hatti witnesses flocks of residents and students all year round. A meal for two would cost approximately Rs 150. 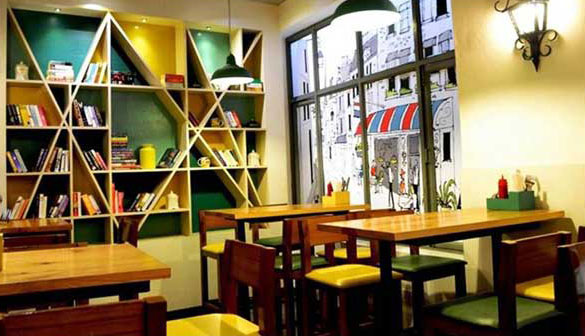 Rico’s is a refreshing concept café and restaurant located in the North Campus area. For some, it is that place to rush to without a second thought when craving for an exquisite food experience and that, at a reasonable price too. At Rico’s, a good experience is guaranteed with its charming setting and varied cuisines on offer such as American, Lebanese, Mexican, Italian & Continental fare! Do try their Virgin Sangria, Cinnamon Frappe, Roller Coaster Shake and the Chicken Florentine Steak. A meal for two costs approximately Rs 750.

Wood Box Café is a restaurant shaped as it is named; literally a ‘wood box’ as visible from the outside. It is also among the favourite hangouts in North Campus for its casual ambience and quirky drinks and food. When here do try their Strawberry Cake Shake, Penne Milano & Cheesy Grilled Chicken Sandwich.  A meal for two costs approximately Rs 650. It also outlets both near North and South campus. 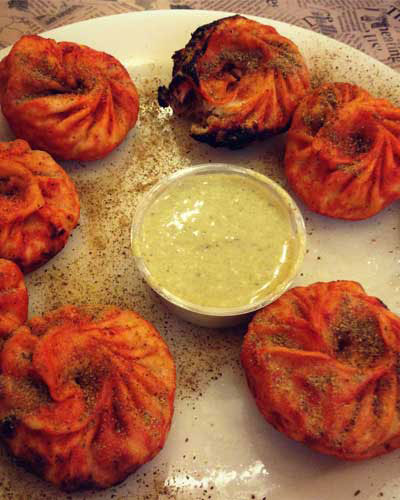 Momos point near Mc Donalds in the Chinese gali, as student’s call it, serves both veg and non-veg Momos along with a range of other options ranging from Chinese, Japanese, Thai to Korean cuisines. Famous in the campus, Momo’s Point is a huge hit with the PG students. A meal for two costs approximately Rs 400.

Located in the Tibetan Colony, Aruna Nagar, more popularly known as Majnu ka Tila, this place is a popular hangout near the ISBT. It offers great Tibetan and Chinese food and is especially known for its Momos and special Fried Rice. A meal for two costs approximately Rs 500. 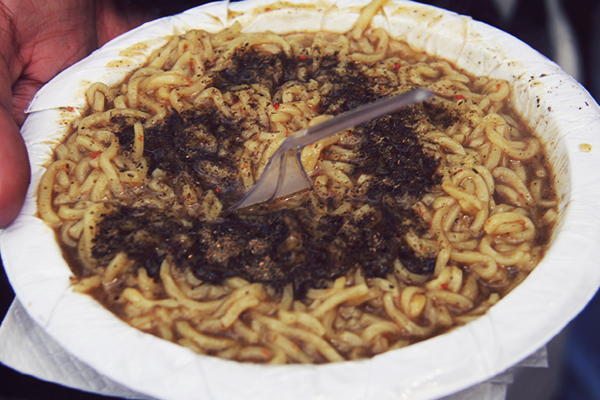 Tom Uncle Maggi Point is a name synonymous with Delhi University in North Campus. This joint is well known for its various types of Maggis, Sodas and other quick snacks that are devoured by hungry students. When here do try their Cheese Masala Maggi. A meal for two costs approximately Rs 250.

Banta which is a sweet soda lemon and ice abundant drink is a respite in hot summers that costs a mere 15-20 rupees. Banta joints can be found everywhere in the campus. Bhel Puri and Banta, Samosa and Banta, Chole Kulche and Banta…it goes with just about everything. The sweetness that is managed by the Banta bhaiyas can be altered according to your taste. Edwin James, who sits outside Hindu College is one of the most popular Banta sellers in the area.

With all these places to check out, get your mind off books, cut-offs, semesters and go relish the delectable food of Delhi.