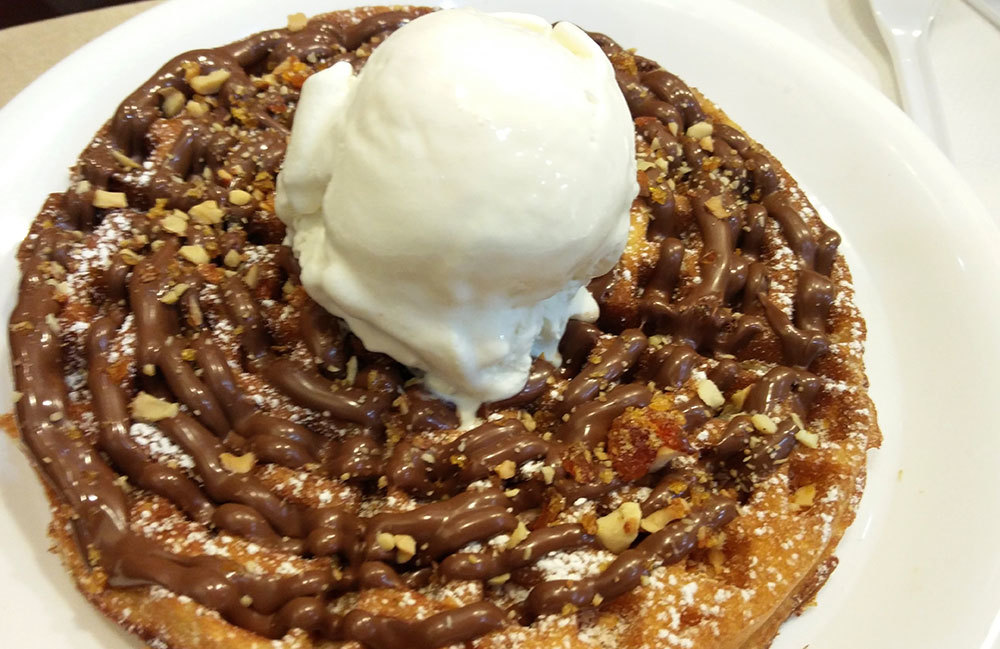 Do We Love Wenger's Nutella Waffles? Nope! We ADORE Them *Big Grins*

With the city being taken over by waffles lately, and everyone graduating from pancakes to these yummies, we checked-in to the legendary Wenger’s Deli and are their waffles to die for? YES!

Wenger’s Deli has been ruling hearts ever since it’s inception so many years back. It’s small, with a limited seating of around 10 people only at a time, and it’s usually overcrowded, so thank your lucky stars if you’re fortunate enough to find a seat for yourself.

We absolutely love the Nutella Waffles here. Believe us when we say you will not find better waffles anywhere in the city, especially at such a reasonable price, no way! Nutella smeared all over the waffle with some butterscotch toffee, nuts and vanilla ice cream just speaks for itself.

Super crunchy and super fresh, and most importantly - topped with nutella! *Drooling*

Trust us, these waffles are waffley-awesome! Head on over right now!